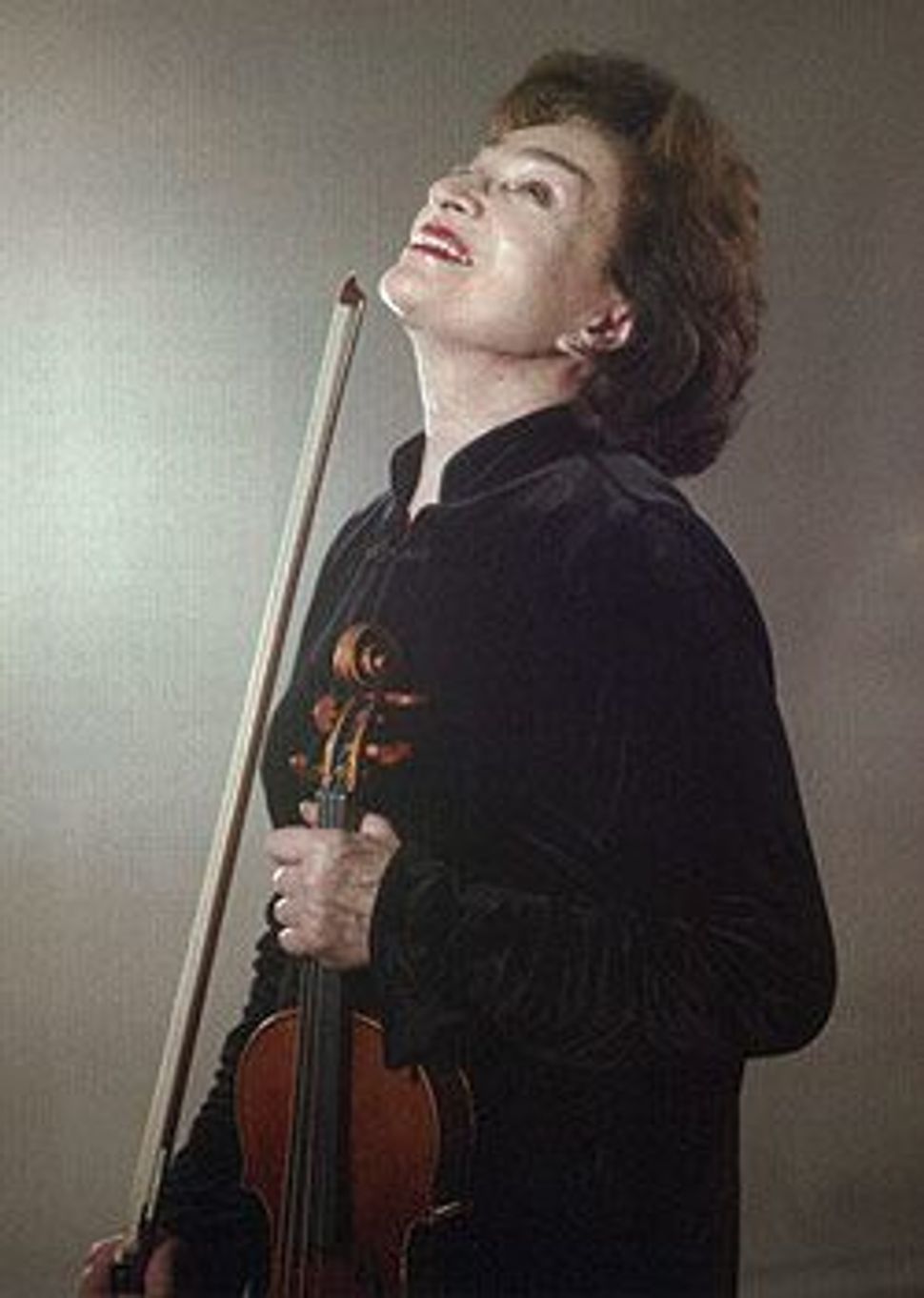 Image by Courtesy of Tiberii Management

Nina Beilina, a violinist and professor at Mannes College The New School for Music, describes herself as a traditional, if not a religious Jew. It was when she was branded a “Yid” on the streets of Russia that she first felt really Jewish. “I was brought up by my parents to be cosmopolitan, international; then the Stalin era came and anti-Semitism was blooming. I turned to being nationalistic, not international. I was proud to be Jewish,” she said.

Beilina left Russia with her son in 1977. Yet, “as soon as I crossed the border, I was furious because suddenly I became a ‘Russian’!” she exclaimed. “I would say, ‘Why are you calling me Russian? I’m Jewish. I have Jewish blood!’”

On March 28 Beilina will be presenting a concert of “Jewish Voices” at Manhattan’s Congregation Ansche Chesed, featuring Bachanalia, a group of 16 musicians she leads, and the world premiere of “The Breath of All Life — Meditations on two Jewish Prayers,” a composition by Cantor Natasha Hirschhorn.

“‘Jewish Voices’ was my dream; we’ve been thinking about doing a Jewish program for over a year. It was a long process,” said Beilina, whose collaboration — she avoids the word “orchestra” as Bachanalia musicians perform without a conductor — is now in its 24th season. The program will also include a Bach concerto — a must for every Bachanalia performance; Arnold Schoenberg’s 1947 composition “A Survivor from Warsaw”; Shostakovich’s 1949 cycle “From Jewish Folk Poetry”; and Ernest Bloch’s 1923 “Nigun” from “Baal Shem Suite: Three Pictures of Chassidic Life.”

“A Survivor from Warsaw,” Schoenberg’s composition based on the diary of a survivor, is a “very complicated piece” Beilina said, incorporating a narrator (for this concert it is Beilina’s son, Emil Chudnovsky, who is also a musician), an orchestra and a singer. While the English and German narration goes on, the orchestra also describes the story, with the last few phrases sung in Hebrew. “Three languages in eight minutes!” Beilina said.

Hirschhorn’s “Meditation,” a composition for string orchestra and cello, is based on two prayers, “The Breath of All Life” (“Nishmat Kol Chay”) and “Praise” (“Hal’lu”). “I was lucky to find Hazan Natasha. I’m in love with this piece,” Beilina said. “It’s very melodic, a deep thought. You really have to meditate as you listen.”

While “Jewish Voices” is taking place at a synagogue, Beilina, who has performed in many different venues around the world, is quick to say that “I don’t mind where I play; I can play in a synagogue or a church. What I care about is that people will listen to the music, be in touch with the music.”

“You don’t just play music,” she added. “You have to tell the audience something about human life.”