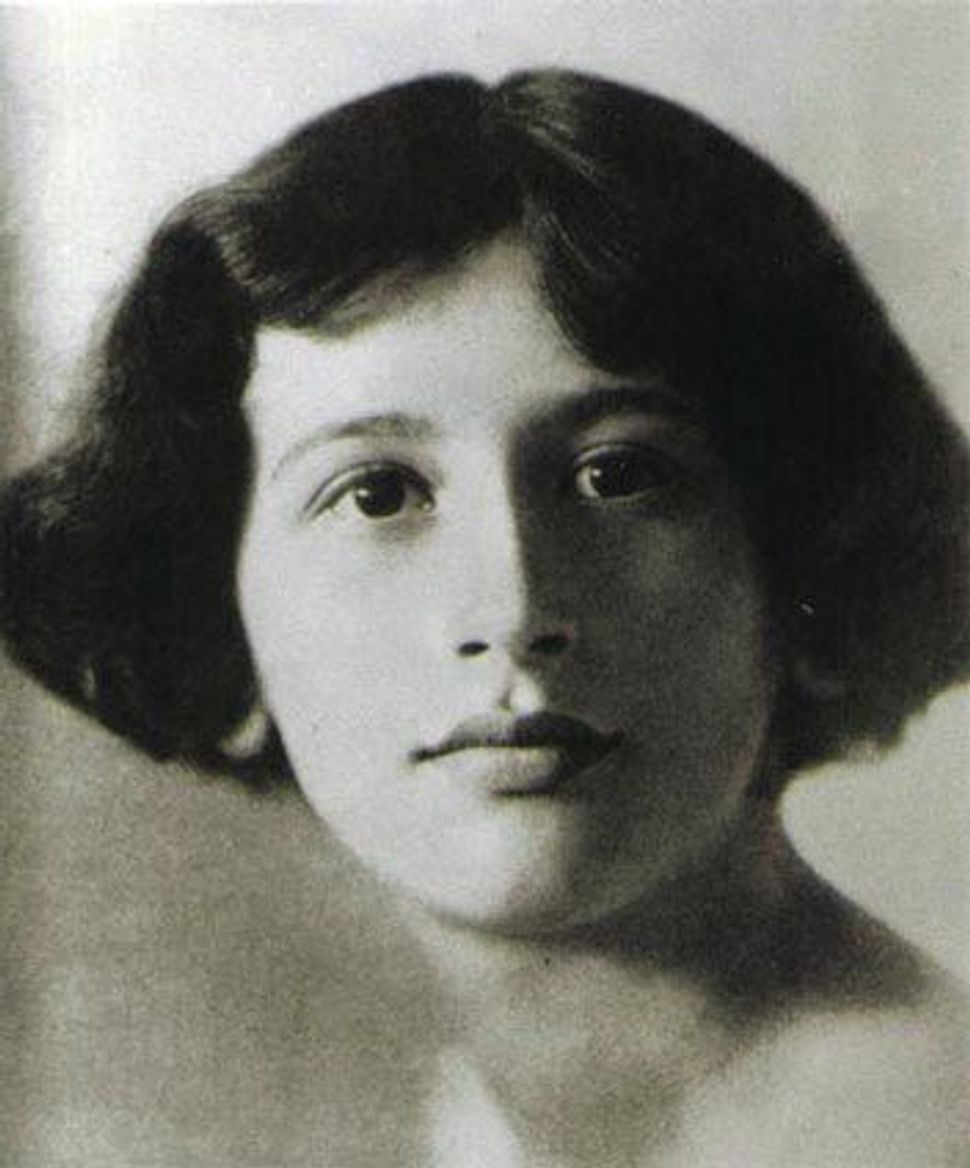 In “An Encounter with Simone Weil,” New York filmmaker Julia Haslett is moved to understand the empathic response to suffering which Weil, who left a teaching career to work alongside factory workers, farmers, trade unionists and fighters in the Spanish Civil War, exhibited throughout her brief life.

Haslett’s own survivor guilt is in the foreground of the film. It is an issue that has tormented her since her teenage years, when her father committed suicide and her brother’s life-long depression and anxiety began. She was plagued with responsibility to alleviate not only her brother’s emotional angst, but also to be “responsible for people in pain” everywhere, because “if I don’t pay attention someone will die.”

It was Weil’s contention that “attention is the rarest and purest form of generosity.” And thus begins Haslett’s inquiry: “How did she [Weil] pay attention? Was paying attention enough? What response does human suffering demand of us?”

In “An Encounter with Simone Weil” Haslett strives to bring Weil back to life in the hope of answering these questions, and to inspire us all with empathy towards our torn and treacherous world.

Haslett bolsters her search for answers with still photographs, old film footage of French communist rallies, and images of present-day oppressions. Talking heads in the film include the archivist of Weil’s 16 volumes of posthumously published writing; a first cousin; a niece; Haslett’s own brother who is also drawn to suffering of others; and a monk-theologian who studied with the Catholic mystic with whom Weil had mystical experiences.

Haslett’s journey leads her to conclude that “paying attention ultimately requires a willingness to die.” While in London in 1943 doing menial work for the Free French Movement, Weil died of tuberculosis. When she was sick Weil ate portions similar to French rations under German occupation, contrary to her doctors’ advice, an act has been interpreted as suicide.

The film asks: What made Simone Weil the paragon of empathy that she was? Unfortunately, Haslett comes up empty on this key question. What is missing is a serious psychological analysis of empathy. Much work has been done in this arena by Weil’s biographer, psychiatrist Robert Coles and other scholars of resistance and altruism. Psychoanalyst and author Nancy McWilliams found that altruists suffered losses in childhood, and someone was there to care and love them. In my own research on rescuers of Jews during the Holocaust, a significant percentage of them experienced a loss in early childhood, were embraced by loving caretakers, and had role models who were helpers.

Weil’s father, a doctor, was drafted in World War I when she was 6 years old. It is that early loss of a role model, combined with a loving mother at her side, that set Weil’s life-long empathy in motion, and caused her, time and again, to abandon her comfortable French Jewish bourgeois life and personally identify with victims. “An Encounter with Simone Weil” leaves us craving to know more about a forgotten heroine.

Watch the trailer for ‘An Encounter With Simone Weil’: