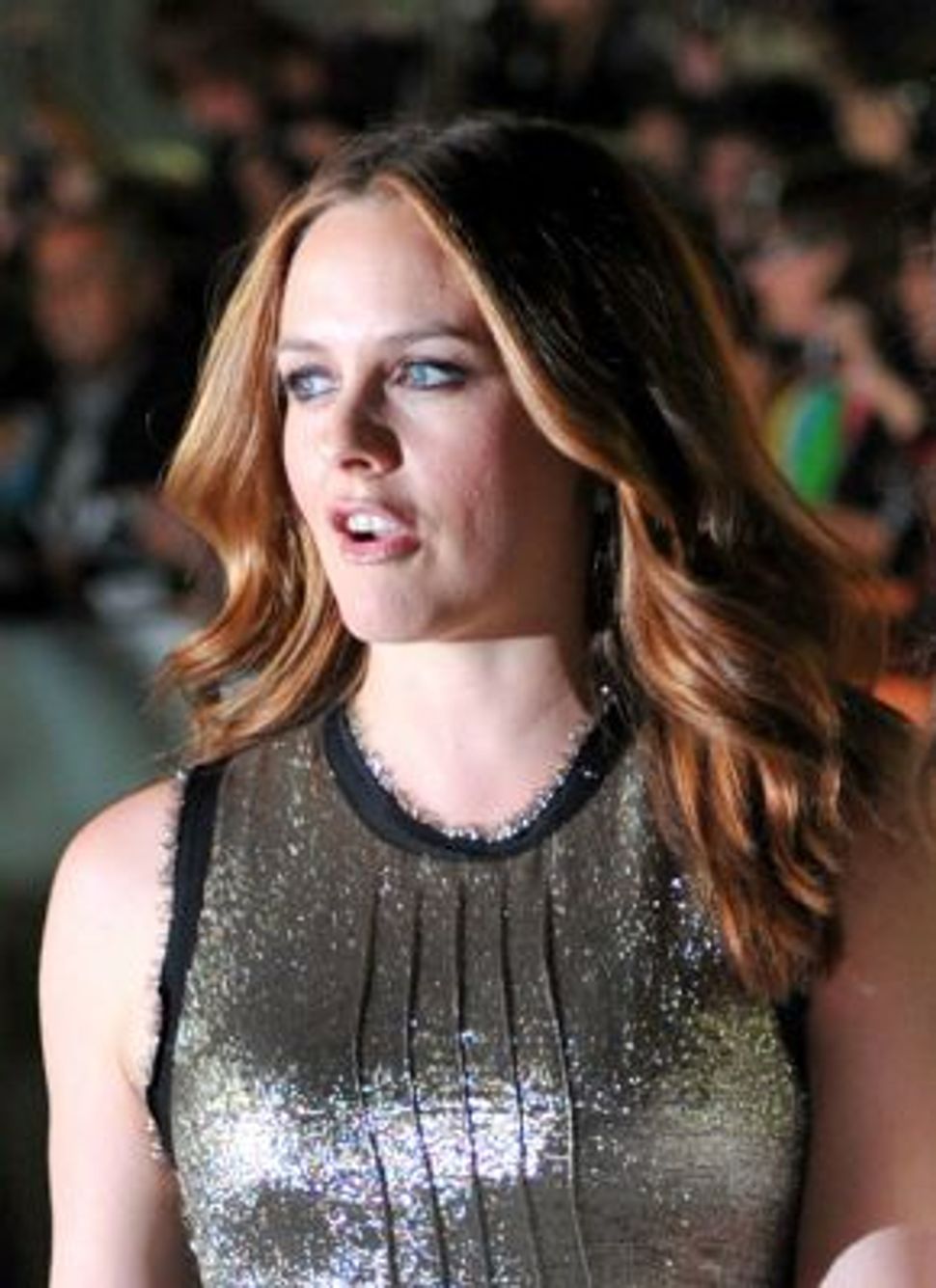 It’s not a horror movie — at least not in the conventional sense. The “Clueless” star and vegan-cookbook author uploaded footage of her daily feeding routine for 11-month-old son Bear Blu, passing him chewed-up food directly from her mouth. It’s in living color on Silverstone’s healthful-living site TheKindLife. “I just had a delicious breakfast of miso soup, collards and radish steamed and drizzled with flax oil, cast iron mochi with nori wrapped outside, and some grated daikon. Yum! I fed Bear the mochi and a tiny bit of veggies from the soup…from my mouth to his,” Silverstone writes. “It’s his favorite…and mine. He literally crawls across the room to attack my mouth if I’m eating.”

For some parenting experts, the practice is as gross as it sounds. “There are those who think that a mom chewing a baby’s food provides helpful enzymes from her mouth but it doesn’t seem like a hygienic practice. Various viruses and bacteria, but especially herpes virus, may be passed from mother to baby,” Dr. Jennifer Landar of medical site BodyLogicMD told FoxNews. “These microbes present a challenge that the infant’s immune system may not be ready for. So the practice is questionable for safety, and then, there’s a certain ick factor here that needs to be considered.”

Even if it made sense health-wise, another expert said the practice seems… odd. “A lot of moms chew a portion of their baby’s food; it’s often a very natural transition. But this just looks really funny, like Alicia is making out with her son,” Mira Jacob, deputy editor of parenting site Babble.com, told FoxNews. “There is nothing terribly wrong with it, it just looks really weird.”