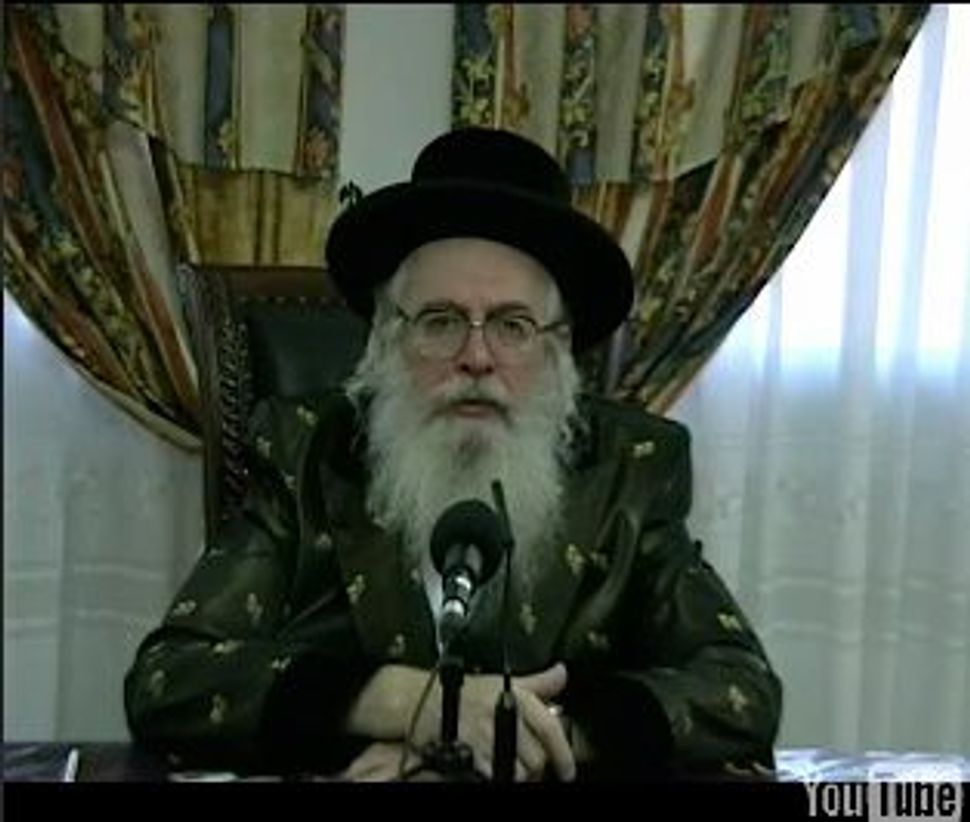 “Rabbi Schick’s goal is to promote himself and his teachings,” said Assaf, speaking in a seminar room in Morningside Heights, about a religious figure who could best be described as a one-man publishing house. Assaf wagered that no other person in the history of Hasidism has ever published so much.

Just how prolific is he? Assaf described looking in the catalog of the National Library of Israel and finding 954 titles by Schick ― and these were just the ones in Hebrew.

Assaf went on to explain how the preternaturally productive Schick, who comes from a Hungarian family, “considers himself the only real successor of the prestigious line of Rabbi Nachman of Breslov.”

A central point of Assaf’s talk was the intriguing role Schick plays on the margins of the Breslov community, which has itself been on the margins of Hasidism. The man Assaf painted is thus a double outsider. “Rabbi Schick is not accepted by any of the other streams of Breslov Hasidim,” he said. Nevertheless, Schick holds sway over a small group in Brooklyn as well as a small colony in the Lower Galilee called Yavne’el, where his adherents have engendered tension.

Assaf noted that Schick considers his books “his children,” and has called his opponents “dogs.” “The more they bark, the more I will print,” he has said. Assaf also noted that Schick has avoided going on a pilgrimage to Uman, the Ukrainian resting place of Rabbi Nachman, because his arrival has provoked violence there.

Yet there is little that is original in Schick’s writings, Assaf insisted, and their substance has been covered before in other spiritual and literary sources. Schick’s true innovation, Assaf said, lies in the scope of his endeavor.

Assaf went on to divide Schick’s writing into three categories. The first is commentaries on canonical works by Rabbi Nachman of Breslov and his disciple, Rabbi Nathan of Nemirov. The second is missionary and propagandistic booklets distributed for free at festivals or places such as highway intersections. Many of these appear in large print “under the guise of self-help literature,” with titles like “Free Yourself From Pressure” and “Success Is Within Reach.” While Schick’s name is not mentioned, his picture is on each booklet. His visage has changed over time, Assaf said, like a Facebook photo.

Schick’s third type of writing consists of roughly 90 volumes of responsa written to his followers. Atypically for this kind of writing, Schick avoids complex language and offers pithy, spiritual advice. Judging from their rapid production, Assaf believes some are answers to “fictional questions posed by the author himself.”

Assaf is not finished plumbing the depths of controversy within the Orthodox community, and he has a book forthcoming in Hebrew about a 19th-century dispute between the Sanz and Sadigura Hasidic sects. But he will have to publish a lot more to rival the output of Rabbi Schick.