To the Kibbutz and Back 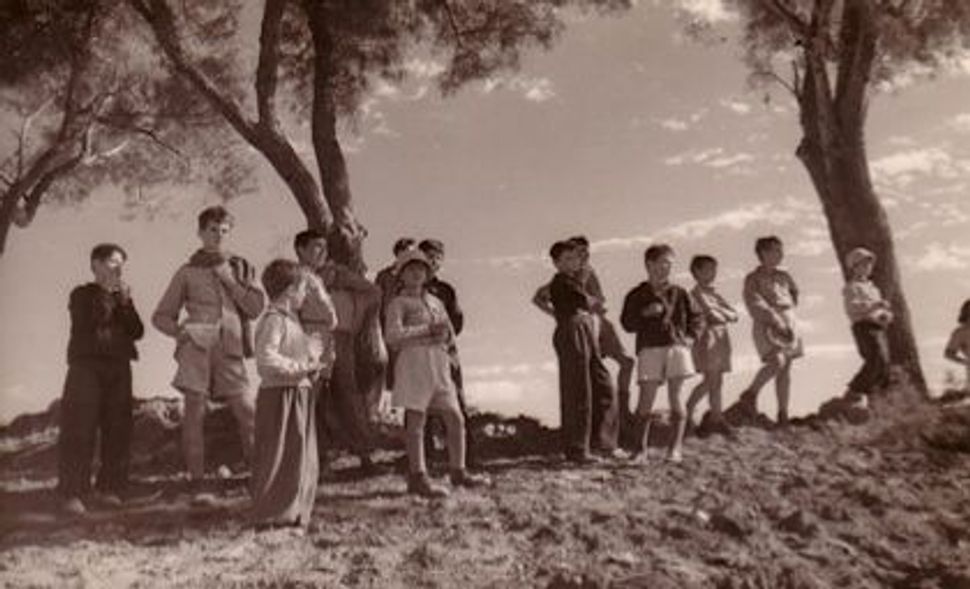 In 1909 and 1910 more Jewish settlers left Palestine than arrived, mainly because there was no work to be had. To reverse the trend, Zionist organizations purchased Arab land and gave it to immigrants. It was the birth of kibbutz — essentially communist collectives where everything was communally owned and everyone pitched in.

“Inventing Our Life,” Toby Perl Freilich’s excellent documentary opening April 25 at New York’s Quad Cinema, chronicles the rise, fall and possible resurgence of Israel’s kibbutz movement. It is clearly a heart-felt labor of love for the filmmaker, a daughter of Holocaust survivors and sister of a woman who became a kibbutznik in 1968.

Freilich has done a solid job acquiring archival footage and getting interviews with well spoken first, second and third generation residents. “We were creating a new Jew,” said one kibbutznik. “We were supposed to be proud fighters.”

It wasn’t easy at first. “Think of ‘Lord of the Flies,’” said a member of Sasa, the first kibbutz settled entirely by Americans. “I’d never seen a cow. I’d never seen a chicken,” said another. But these young settlers, fueled by idealism and a socialistic political outlook, persevered and, in some cases, even prospered. “I was 18 years old,” said an early settler. “There were no parents, no grown-ups telling us what to do. We invented our life.”

At its peak, there were about 270 kibbutzim, but they fell victim to their own success — and Israel’s. When things were hardscrabble, everyone recognized the need to sacrifice for the common good. But as the nation began to prosper, sacrifice didn’t seem like such a good idea anymore. In the dining hall, some people took more food than they could possibly eat and “just threw out what they couldn’t finish,” one man noted.

Many younger parents didn’t want their children raised by the collective. They also noticed the affluence of their contemporaries who worked in the private sector. So they started to leave the kibbutz.

When he was elected Prime Minister in 1977, Menachem Begin rejected the Labor Zionist idea and spoke out against the “millionaire” kibbutzniks with their “swimming pools.” It appeared to be the last wooden nail in the kibbutz coffin.

But predictions of the demise of the kibbutz may have been premature. Some idealistic young people are returning, including one who had this dialogue with himself for the camera:

“People ask me, ‘Don’t you want to have more money for yourself?’”

“Then they ask, ‘What about your kids? Don’t you want your kids to have more?’”

“Yes, but not if it means other kids have less.”

The kibbutz movement has also adapted itself so even the less utopian-minded can join. Some are privatizing, so that members don’t need to give their entire salaries to the collective and may keep most of what they earn, less a community tax. Urban kibbutzim have also been founded.

“It’s like giving up on the dream,” one first generation kibbutznik says ruefully. But at least some of the dream lives on.

To the Kibbutz and Back