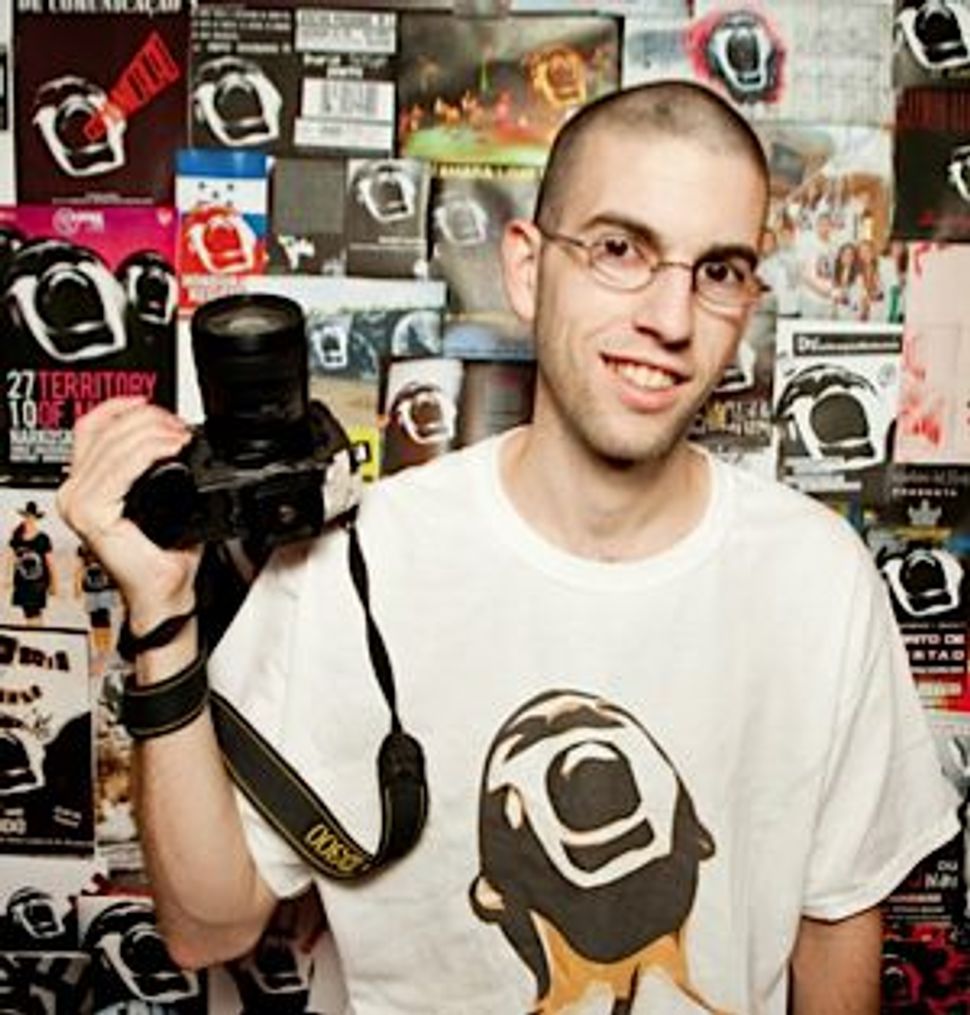 There’s a good chance you’ve seen Noam Galai’s face — even if you’ve never heard of him. That’s because a 2006 photo he took of himself screaming has been copied and used without permission by people, groups and companies around the world. “The Stolen Scream,” as the photo is called, has gone viral, appearing on t-shirts, magazine and book covers, and as political graffiti everywhere. 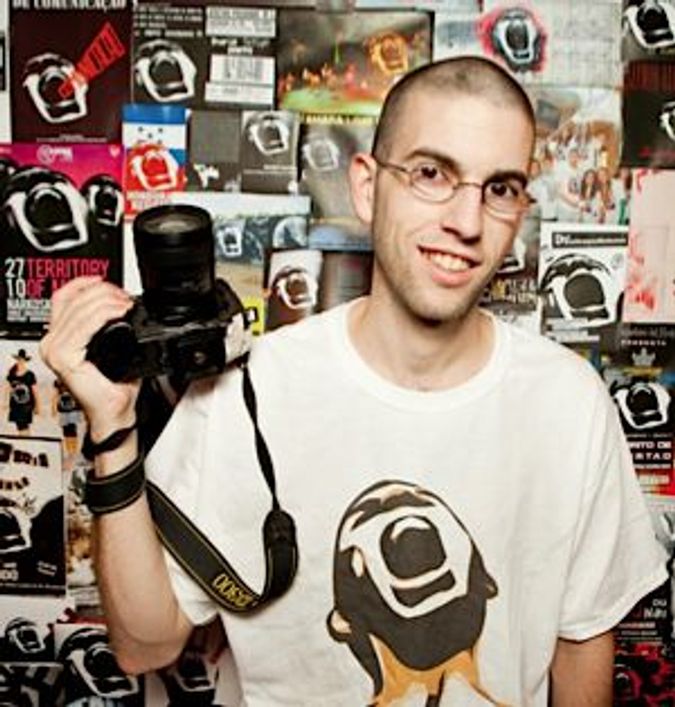 Galai, 27, is a New York-based Israeli photographer whose day job is in advertising design at AOL. In just a few short years, Galai has gone from an amateur self-taught photographer to an accomplished professional, shooting celebrities like Jay-Z, Leonard Cohen, Lady Gaga and Stevie Wonder in concert and the studio. A big sports fan, he has also gravitated toward photographing major games and matches in the U.S., Europe and Israel.

The Arty Semite recently spoke with Galai on the phone about his burgeoning photography career and an exclusive shot he took of Gilad Shalit on a recent under-the-radar visit to New York.

Renee Ghert-Zand: Was there a specific moment when you went from being an amateur photographer to a professional?

Noam Galai: I never had a turning point. Nothing happened that made me say: “From now on, I’m a professional photographer.” It just happened. I started getting more and more work. Every week, every month, it gets bigger and bigger. I know some other photographers have agents or managers or do a lot of marketing. But I work alone. I don’t have anyone that gets me work. It’s more like people hear about me from past clients or see my Facebook page.

You posted an exclusive photograph of Gilad Shalit on a recent visit to New York on your Facebook page. I don’t think anyone even knew he was in New York, so how did you find out?

I work for Maccabi now. I do graphics for them when I’m in New York, and when I’m in Israel, I do photography for them. A couple of months ago, when I was visiting Israel, I went to shoot a Maccabi Tel Aviv game. Gilad came to that specific game, and it was the first time he had been out in public like that. I took a few pictures of Gilad… It was a big mess at the game — all the photographers tried to get a photo of him by pushing their cameras on him, by being aggressive. I shot it from far away. You can tell that I zoomed in.

A day later, Maccabi Tel Aviv posted one of my pictures on their Facebook page. A friend of Gilad’s parents called me and wanted to thank me for not being aggressive and to say that Gilad liked the picture. From that, somehow, the connection was made. It started as a joke — I told Gilad he should come to New York some time. And two weeks later, in mid-February, he came to New York! We organized the whole thing as a random trip, like something for fun. He hung out with me in New York for a week and we also went to Orlando to the NBA All-Star Game. I have 500 to 600 pictures from his visit, but I can’t really post them right now. There was no other coverage of it. I’m the only photographer who got pictures of him while he was in New York.

Life Magazine chose your aerial photo of Lower Manhattan and the Tribute of Light taken on the 10th anniversary of 9/11 as one of its “2011 Pictures of the Year.” How were you able to get that shot?

I did it from a helicopter. It was an amazing experience to see everything from above. This is a good example of how I just run with an idea that I have. Every year I shoot the lights they do for 9/11. I try to change the angle each time. After I shot from Brooklyn, two spots in Jersey and then Staten Island, I thought about doing it from above. No one had ever thought of doing it. It wasn’t easy to get all the approvals. They closed the sky on that day, so no one was allowed to fly. But I asked for approvals and the police let me do it.

How do you feel about so many people using your “Stolen Scream” photo without your permission?

I’m not saying I’m happy about people using it, but in some ways it’s nice. It depends who is using it and for what. If it’s big companies and people making money from my picture, I’m not happy about that. I can’t really do anything about it. It’s really complicated because it’s so widespread, people don’t feel it’s from me anymore.

What are your thoughts on the fact that your face — an Israeli’s face — is being used as a rallying cry for freedom in Arab countries and Iran?

I spent exactly two minutes on this photo shoot, and it made so much impact around the world. The most recent appearances are in Syria, Gaza and Egypt. It’s cool, but it’s weird. Especially when I see it in Gaza, when they call Palestinians to march to Jerusalem (my hometown) to take over, or whatever, with my face. It’s surreal. I don’t feel like my face is going to destroy Jerusalem, but it’s interesting. They don’t know they’re using an Israeli guy on their posters and stuff. I don’t want to hear from them. If they want, they can use it, but I don’t want to start an Internet war because of who I am.

View a slideshow of photos by Noam Galai: