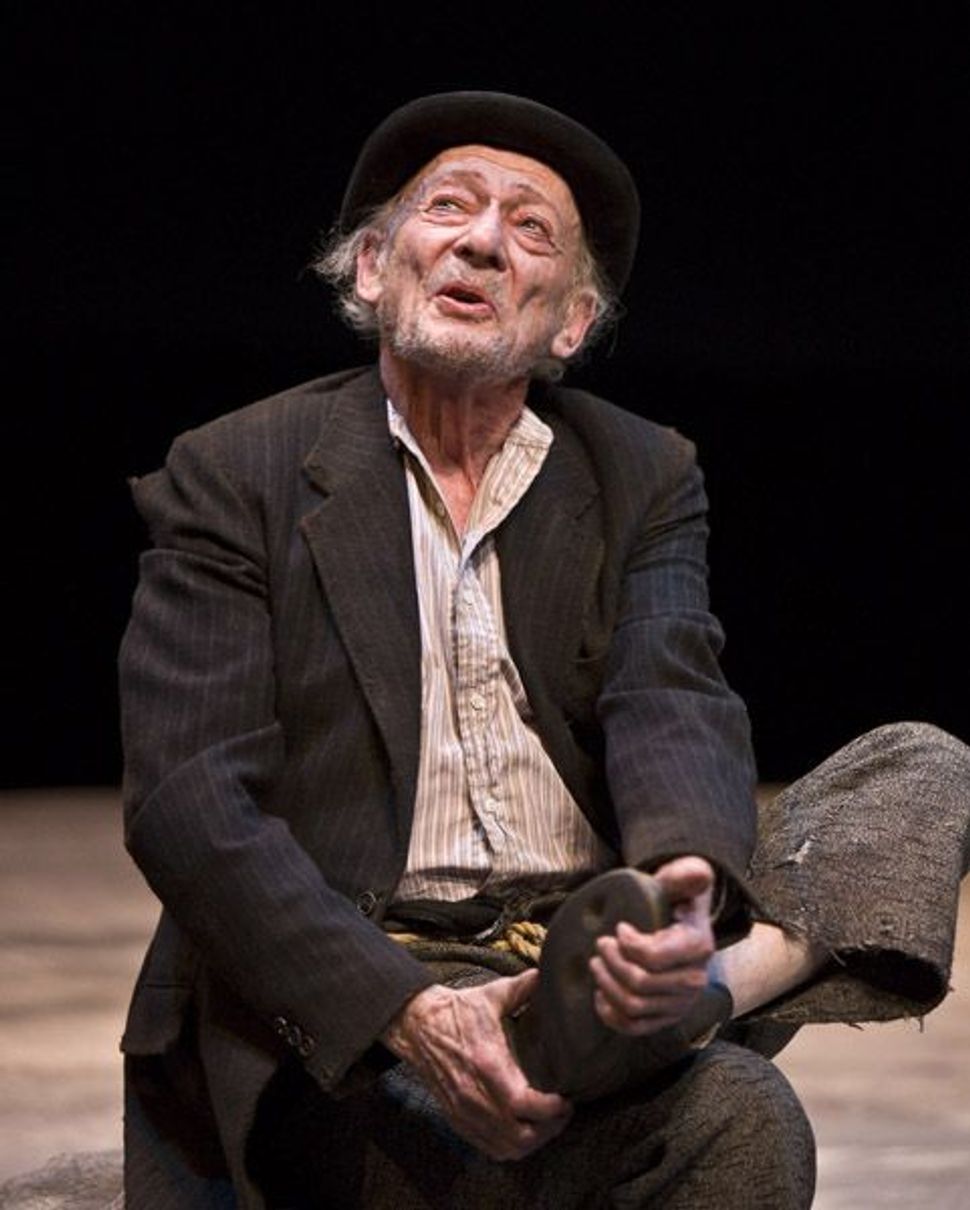 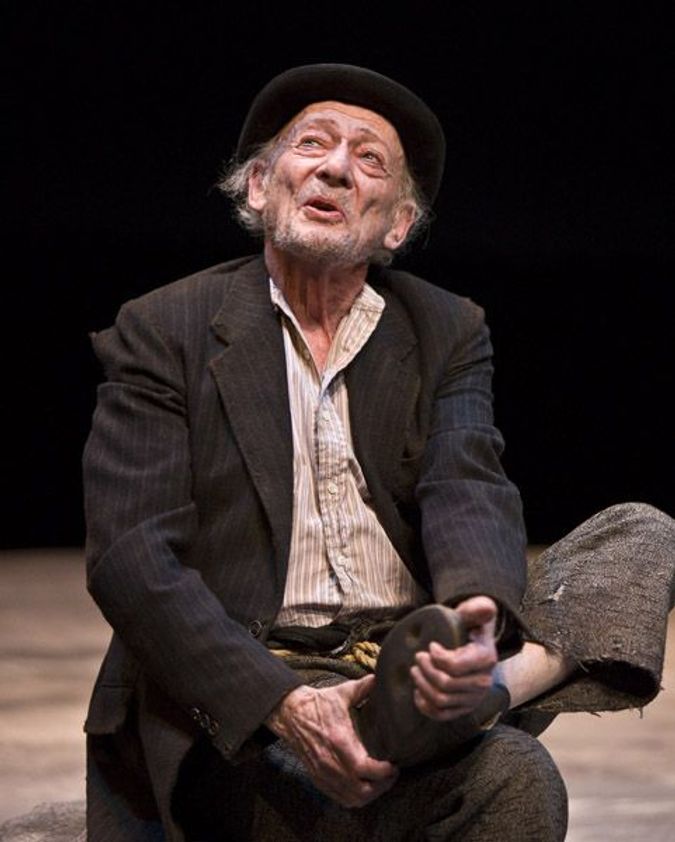 Ed Rampell: How long have you been performing Beckett’s plays?

Alan Mandell: I first became aware of his work in 1957, when we were doing “Waiting for Godot” at the San Francisco Actor’s Workshop. We received a call from San Quentin telling us they’d be interested in having a play done at the prison. There were 1,500 inmates; it was a huge success. The San Quentin News review reached Beckett, who was very impressed by the level of intelligence and comprehension of the reviewer. The inmates, of course, understood what waiting was about. For them, Pozzo was the warden; they were Gogo [Estragon] and Didi [Vladimir]; Lucky was the man on death row.

After [actor] Rick Cluchey was paroled he formed the Barbed Wire Theatre. Beckett asked him to be his assistant for a Berlin production of “Endgame” [in 1967] and they asked me to play Nagg. I also played Lucky, with Beckett directing, in London, and I worked on the last major piece he wrote, “Stirrings Still.” I was very fortunate to be able to work with him.

He was, oh God, the most generous, compassionate, caring, extraordinarily intelligent human being I’ve known. He just had an exquisite mind. I always felt he conducted, rather than directed. Everything was music — pauses were musical beats, silences were musical rests, a long silence would be two or three musical rests. He cared about each and every word. He’d want you to say “it is” if he wrote “it is,” not “it’s.” Beckett had this great love of music, art and humanity.

My wife certainly thought so! He had lots of women in his life.

To those who believed Godot was supposed to be God, Beckett said, “If I’d meant God, I would have written God.”

Yes, exactly. The play’s first director in Paris asked him about Godot, and he implied it came from the French word for “boot,” “godillot,” because there are references to boots throughout the play. When I asked him about Godot he said he was in the south of France at the time, in the Resistance, when he wrote that, and Godot was not an uncommon name. No, if you thought it was God, that’s not what he implied.

Godot’s absurdist philosophy reminds me of “A Serious Man.”

Yes, in many ways it’s similar, although one of the themes they had was “no good deed shall go unpunished.”

Your character, Rabbi Marshak, seems to be very existential.

Yes. Of course he’s been listening to that recorder with the Jefferson Airplane song: “Somebody to Love.”

How would your Polish grandfather have reacted to your portrayal of Rabbi Marshak?

[Laughs.] Well, first of all, they would have been amused to find out I was playing a rabbi. I was in shul and had a tutor to prepare for my bar mitzvah, but I’m not a religious man. My philosophy would be more like Beckett’s. I’ll quote one of his lines from “Endgame”: “Something is taking its course.” That’s about as much as I believe.

Do you think “A Serious Man’s” depiction of Judaism implies that it doesn’t have the answers either?

I suppose a lot of it depends on what you yourself believe. There are people who believe very strongly that it does. So this is another view. As they say, “If you have two Jews arguing together you have three different opinions.” Some felt that, in that sense, [the movie] was anti-Jewish. I laugh at that. It isn’t anti-Jewish at all. The Coen Brothers grew up in that world.

What are your plans after Godot?

To visit my family in Las Vegas.

“Krapp’s Last Tape” would be the perfect Beckett play for Vegas.