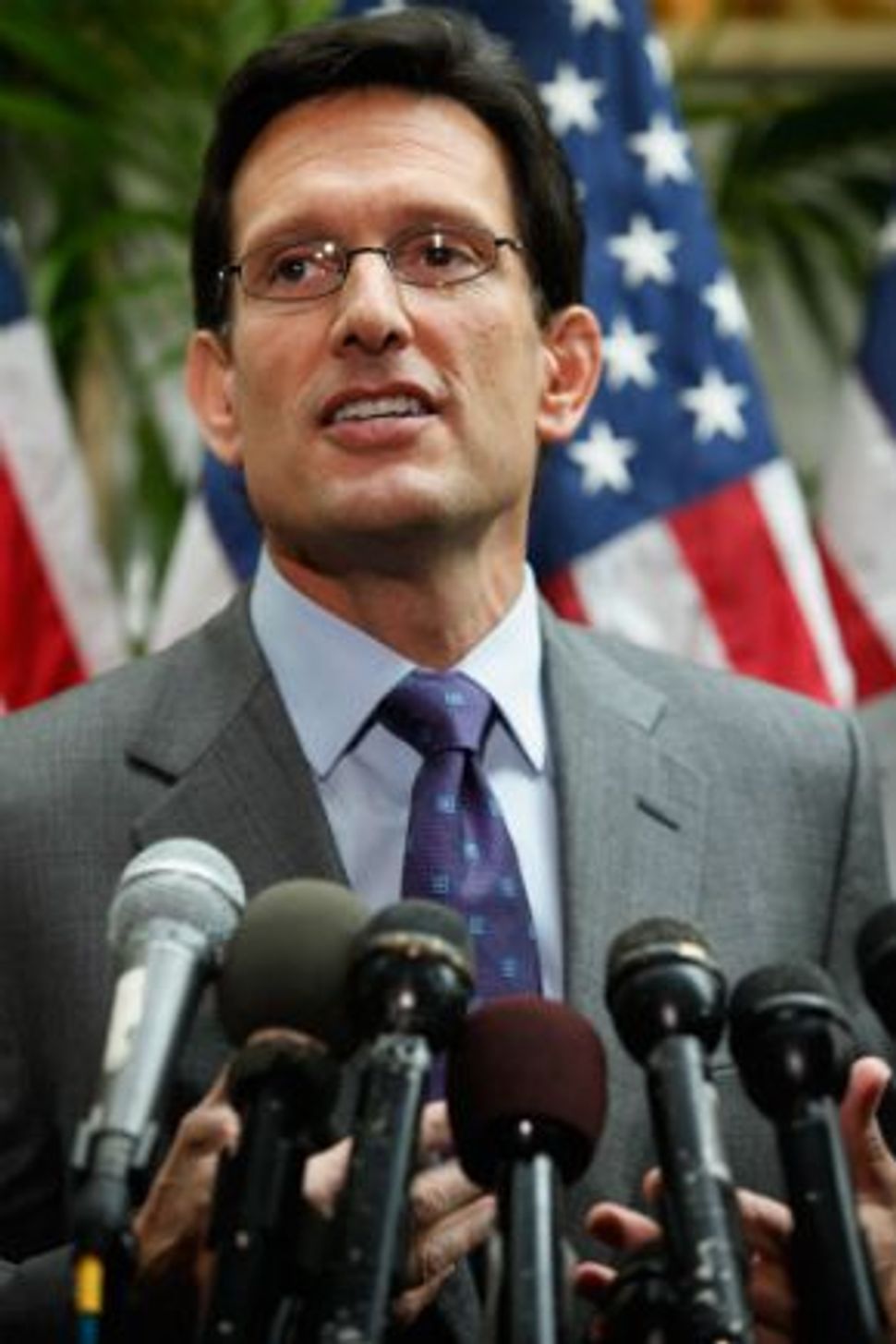 It’s always good to have friends in high places… who are willing to open their wallets for you.

You will recall that the self-touted “America’s rabbi” and author of “Kosher Sex,” “The Kosher Sutra,” and “Kosher Jesus,” recently tossed his hat in the ring. Rabbi Boteach is also known for releasing “The Michael Jackson Tapes,” on which listeners can hear the rabbi and the late singer discussing the effects of celebrity, as well as for his “Shalom in the Home” show on TLC.

Cantor, the only Jewish Republican currently in Congress, says he is “confident he [Boteach] will bring the type of leadership we need.” In return, the rabbi thanked the House Majority Leader for his “solid and unwavering support in my congressional campaign.” It’s going to be tough for the Republican rabbi to win the New Jersey seat he is after, given New Jersey’s 9th Congressional District’s heavily pro-Democratic constituency. At the very least, it’s nice to see Jewish Republicans supporting one another, even when the odds are against them.