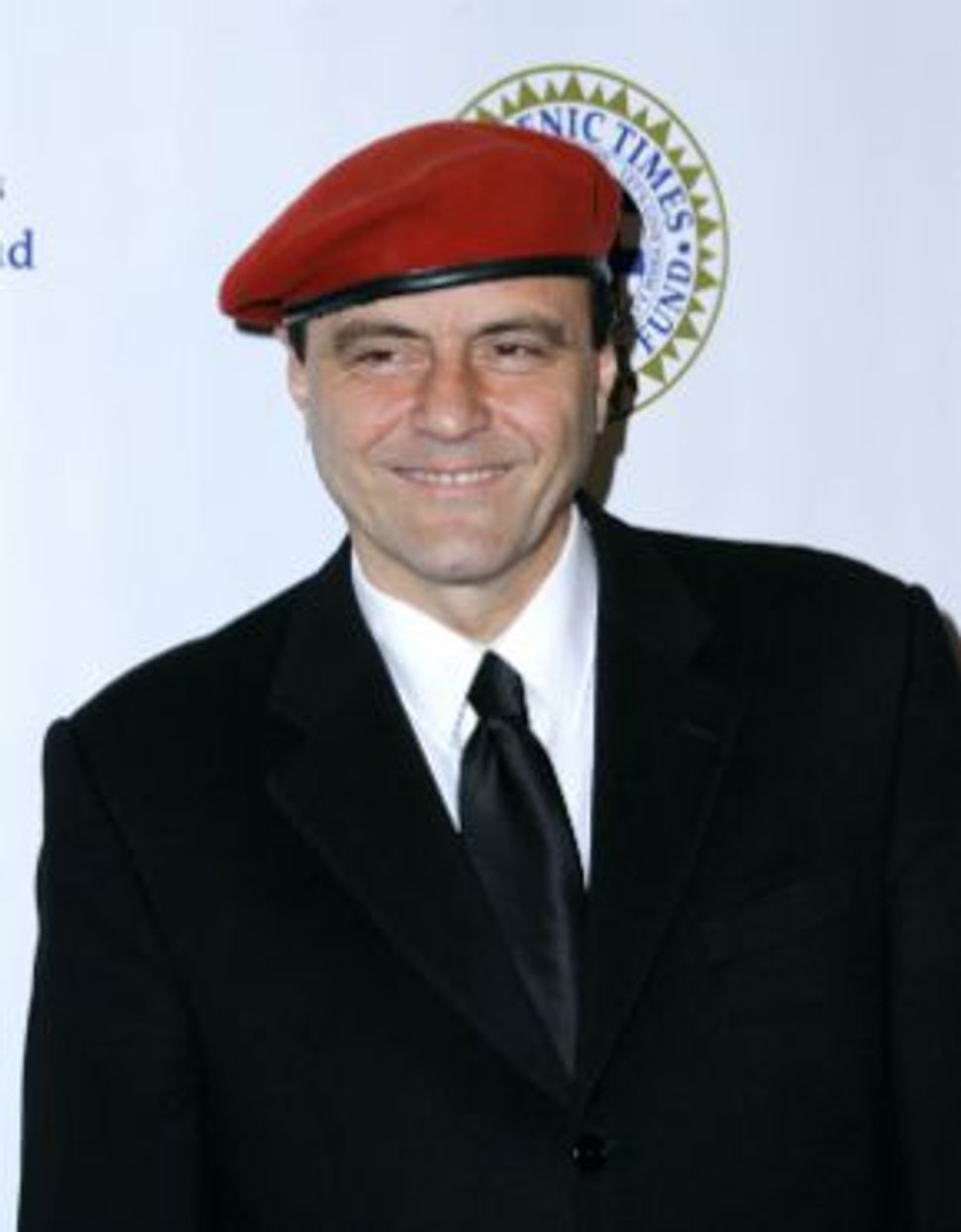 You know Guardian Angels founder Curtis Sliwa’s famous red beret? Might be time for him to trade it in for a yarmulke.

The New York Post broke the news that Sliwa is the biological father of former New York Councilmember Melinda Katz’s two sons, and that the couple is now living together and planning to marry. Until now, the Jewish Katz had not revealed who the father of her children was, and the three-times-divorced Sliwa had kept his relationship with Katz and the boys secret.

It turns out that Sliwa and Katz had dated on and off for several years back in the mid-1990s, after Sliwa had divorced Lisa Evers, co-founder of the Guardian Angels. Although they were no longer in a romantic relationship by 1998, Katz asked him in that year to donate sperm so that she could possibly become pregnant through IVF at some point. Reportedly, Sliwa was the only man Katz asked for a donation. “I knew him and I trusted him,” she told the Post. Katz had had to have an ovary removed in a medical emergency, so she had an anonymous donor’s eggs and Sliwa’s sperm frozen for future use.

Sliwa went on to marry his third wife in 2000, and in 2008 Katz, still single, got pregnant by IVF after several failed attempts. That pregnancy resulted in her first son, Carter. In 2010, at the age of 45, Katz became pregnant by IVF with twins, but at 31 weeks gestation, one of the fetuses was found to have died, and the other was delivered by emergency C-section.

As the very premature baby, named Hunter, struggled to survive, Katz reached out to Sliwa for support. Sliwa told the Post that he (by then separated from his third wife) was focused on helping his newborn son survive and thrive, and also on assisting Katz at home with young Carter, whom Sliwa had never known until that point. But, one thing led to another, and Katz and Sliwa fell in love again.

Sliwa has moved into Katz’s home in Queens, and there is talk (at least on Sliwa’s part) of a possible elopement. But the most interesting thing is that the Catholic Sliwa is planning to raise the children in the Jewish tradition. The Shmooze supposes it’s never a bad thing to have a Guardian Angel looking out for you.