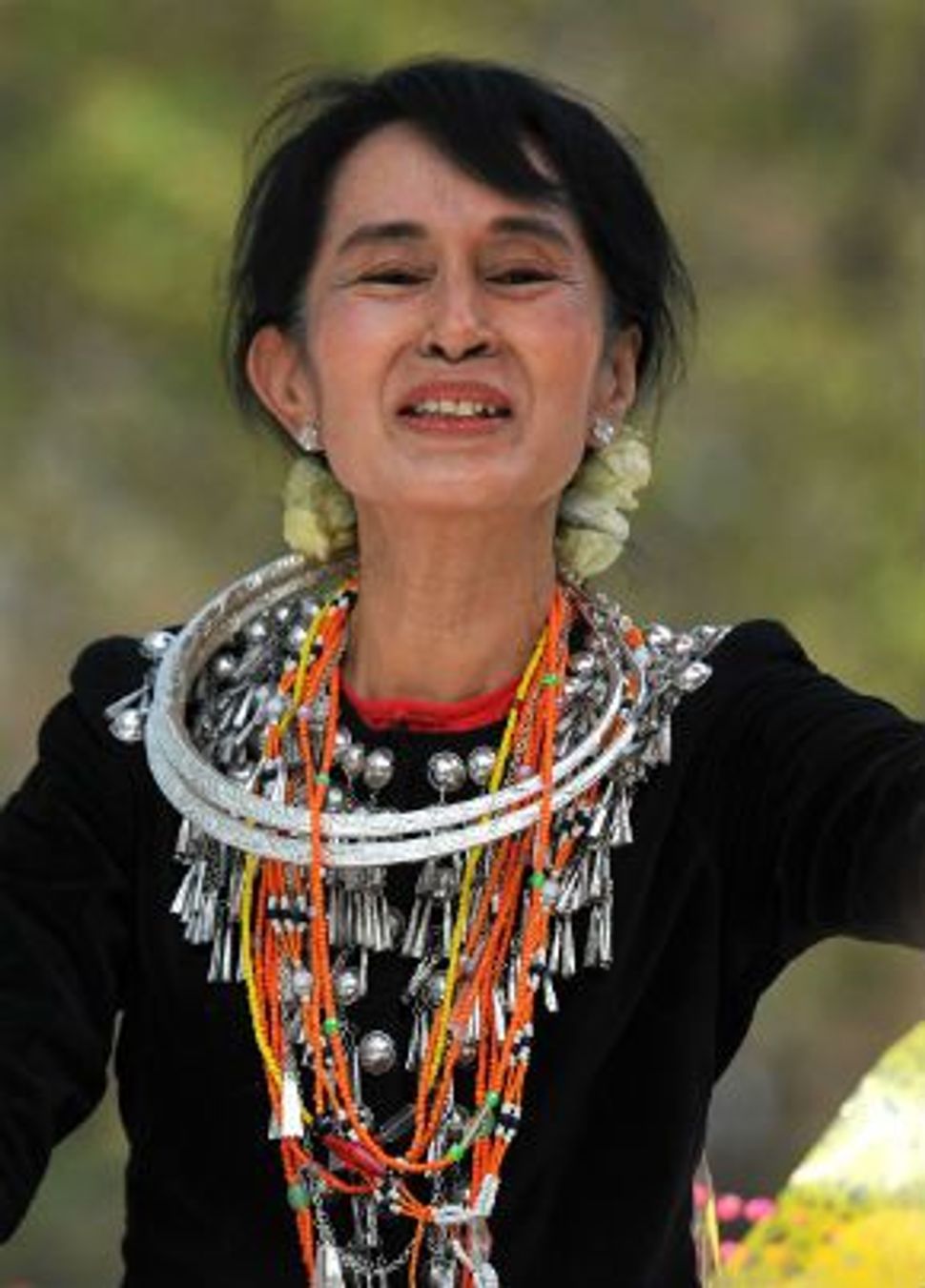 Political unrest at home will keep her from attending in person. But Aung San Suu Kyi, the iconic political activist who endured years of persecution before winning a seat in Burma’s parliament this year, will be honored with The United States Holocaust Memorial Museum Elie Wiesel Award at a glittering ceremony at National Harbor in Maryland on April 18.

According to a press release, Suu Kyi is being recognized “for her exceptional courage and leadership in resisting tyranny and advancing the dignity and freedom of the Burmese people through nonviolence.” While she is expected to address the black-tie crowd by video, live accolades will come from actress Natalie Portman, Holocaust survivor Gerda Weissman Klein and White House Chief of Staff Jacob J. Lew.

“Aung San Suu Kyi is an extraordinary woman whose battle for her people’s freedom remains an inspiration to many others. Her moral courage facing dictatorship is exemplary. Few leaders have done so much, for such a long period, for the honor of true democracy,” award namesake Wiesel said in the release. “The Museum’s decision to honor her will remain a source of pride to those who believe in memory’s power to vanquish injustice.”

Museum director Sara J. Bloomfield echoed those sentiments in the release. “When we think of those few individuals who during the Holocaust took such grave risks to save a fellow human being, we recognize the enormous difference they made and we rightly call them heroes. ‘Hero’ is an overused word, but Aung San Suu Kyi is a true hero and like the rescuers, she is a great inspiration for everyone who cares about freedom.”

Suu Kyi made headlines today after threatening that her National League for Democracy party would boycott the seats it won in a landslide by-election victory earlier this month, according to the UK Daily Telegraph. A senior member of her party’s National Executive Committee told the Telegraph its 43 new MPs will not take up their seats until the government withdraws an oath they must swear to ‘safeguard’ the constitution.