Grumpy Frenchmen in the Holy Land 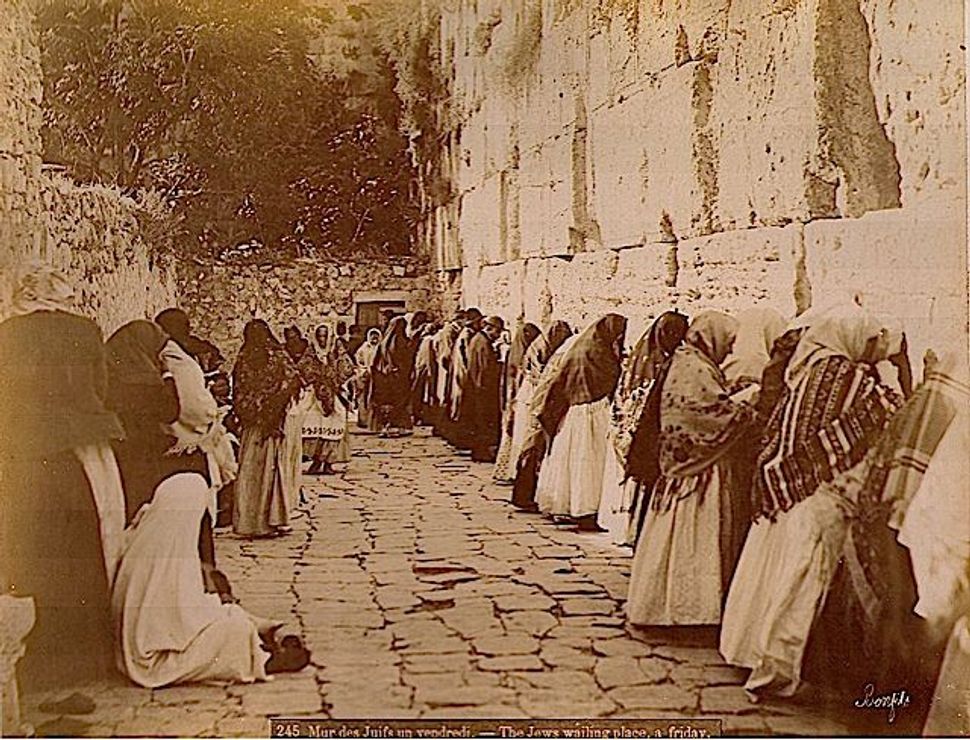 ?The Jewish Wall? Félix Bonfils took this view of the western wall in the 1880s. Image by Wiki Commons

“Why do the wrong people travel when the right people stay back home?,” asked a Noël Coward song, but a century before such concerns, “le tout Paris” was eagerly visiting Jerusalem and reporting on what they had seen. “Exploring Palestine: 19th century French Travelers in the Holy Land”, published on September 29, 2011 by Les Presses universitaires Paris Sorbonne (PUPS) describes the richly entertaining results.

Its author, Guy Galazka, a literary historian specializing in how Palestine was portrayed in 18th and 19th century Europe, describes tetchy Gallic voyagers whose discomfort provides delight for today’s reader. First there is the lengthy trip itself, with such pilgrims as the novelist Gustave Flaubert, who grouses en route circa 1850:

Every moment I expect to see Jerusalem but I still don’t see it.

When they finally reach Jerusalem, some are immediately disappointed by the noises, smells and sights, such as Joseph-François Michaud who in 1834 complains that Arabic speakers “make such ugly grimaces, it’s as if I’m watching combatants or people swallowing stones.” Stones also pop up in an 1886 account by naturalist Louis Lortet who warns that it’s difficult to visit Hebron without being “insulted” and lapidated “with great dexterity” by local youngsters.

Some travelers, like the painter Léonie de Bazelaire, are preoccupied with hygiene. She harrumphs ironically in 1899 about Jerusalem: “Street sweepers, anyone? The wild dogs prowling at night take care of that quite well.” Going to the dogs is a continual theme, with the author Louis-Félicien de Saulcy charging in 1863 that the Holy Land was already ruined by tourism, compared to the unspoiled place he had first visited in 1850.

Silliest of complaints come from a series of over-curious Frenchmen who insist on trying to drink water from the Dead Sea, despite warnings from tour guides, and duly express their subsequent disappointment that the brackish tipple does not rival fine Beaujolais wine.

Distinctly less amusing, the rise of late-19th century French anti-Semitism results in sneering accounts expressing “repulsion” at Jerusalem’s Jews, although before this, the poet Alphonse de Lamartine admired Jews at the Sea of Galilee for their attachment to the land of their forebears. Indeed, Galazka points out that Lamartine, whose monumental “Voyage in the East” was reprinted by Folio/Gallimard in 2011, was “one of the first Western observers to travel in the Middle East at the start of the 19th century who approved of Jewish settlements in Palestine.”

Grumpy Frenchmen in the Holy Land