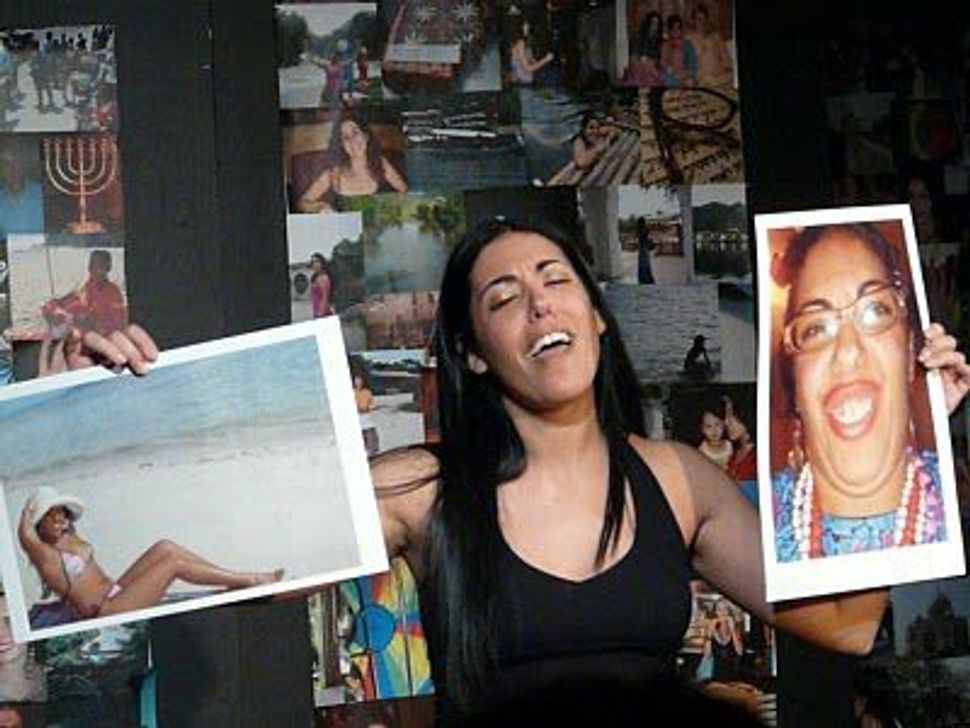 For the next hour, audiences of “The Emancipation of the Sassy Jewish Woman,” which played April 14 and 15 at the Times Square Spring Theatre Festival, are treated to Hadari’s frank, honest and animated journey from yeshiva good-girl in deep Brooklyn to Jerusalem juvenile delinquent, around the world and back again. In this piece, produced by Hidari’s own theatrical organization, Isramerica, we see scenes of her life as a constant outsider, continually moving but never quite settled. It is a path that many 20-somethings take: Where do I go? Who am I to be? How will I afford it when I get there?

This is an oft-told tale, and could be boring in its familiarity. But Hadari never feeds into the cliché. Instead, she provides smartly organized snippets, never dwelling too long on one subject. Quirky, brassy and sharp, she is never dull to watch.

The question remains, then, what is the audience to take away from this trip around the world? The show will surely instill wanderlust in even the homiest of homebodies (who wouldn’t want to spend five weeks living in the lap of luxury in India?), but the larger message remains unclear. The final moments contain the crux of Hidari’s struggle to feel at home somewhere in the world, but it is never revealed just where she decides to settle.

And perhaps that is where the universality is found — we all have a little bit of a lot of places inside of us. This is not a story about why New York is superior to Israel, or why one would choose Thailand over Hawaii. Instead it leaves the audience to look to their own journeys — literal and figurative — and understand just what the idea of “home” means. The best part is, it doesn’t have to be just one apartment in one city in one country. Though Hidari was always searching, she manages to illustrate instances of feeling at home in every stop along the way. Whether living off the land in Jericho or nearly smothering her best friend in China, it may not be the simplest chain of events, but it sure was one hell of a trip.