Why ‘Magic City’ Is Missing the Magic 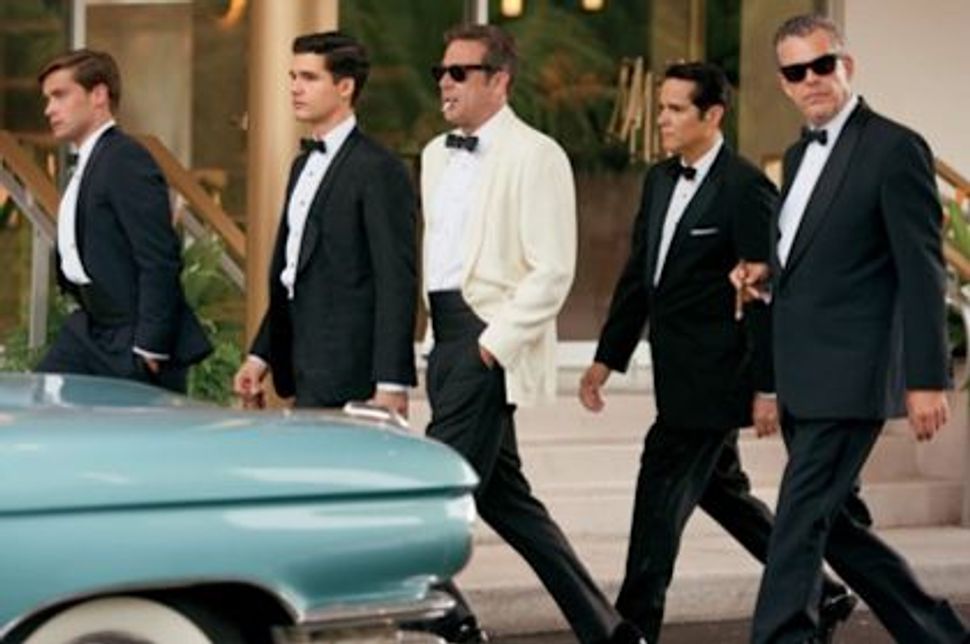 Here is a list of things that I like (and some that I love): Mad Men; “The Godfather Part II” villain Hyman Roth; “Bugsy,” “Once Upon a Time in America” and other visualizations of Jewish gangland; Miami Vice; Saul Bellow, Meyer Levin, and the early fiction of Bernard Malamud; Deborah Dash Moore’s “To the Golden Cities: Pursuing the American Jewish Dream in Miami and LA”; film noir, but especially neo-noirs like “Chinatown” that shifted their focus from the decaying cityscape to the darkness only superficially bleached away by the sun; “Body Heat” (though really anything with a young Mickey Rourke and/or William Hurt); tales of unbridled Jewish ambition from “The Rise of David Levinsky” to “What Makes Sammy Run?” and “The Social Network”; lounge music; and long, lingering shots of people smoking.

So I absolutely should have loved “Magic City,” the new Starz show about late-’50s Miami Beach, the luxurious Miramar hotel, and the moral compromises its Jewish hotelier, Isaac “Ike” Evans (Jeffrey Dean Morgan), is forced to make to hold on to power. But through two episodes, the show is distinctly less than the sum of its parts, little more than an exercise in style. Admittedly, it’s unfair to judge a show on its first few episodes, but “Magic City” is clearly in danger of becoming a missed opportunity.

The problems with Magic City begin with what is potentially its biggest feature: the infatuation with illusion and surface appearances. “Magic City” is a nickname for Miami, but “magic” here refers equally to the ability to conjure and project success. Ike’s hotel depends on whether he can “sell the dream” and make everyone believe that he, and the hotel, are as glamorous as the story he’s sold. It’s this space, in which Ike’s actual lack of power collides with his ambitions, that the show needs to develop as the source of conflict and tension.

But for now “Magic City” is so focused on meticulously reconstructing the surface of late-‘50s Miami that it never goes deeper. Actors walk around in cool, period clothing, sip cocktails by the pool, and parrot hardboiled dialogue: “Who are you?” “The Wrong Woman.” “Now you tell me,” goes an actual exchange from the first episode. I would have said that this is just a playful, failed attempt at seduction — borrowed less from real fictional dialogue than written through half-remembered impressions of what noir was about — but the failure of dialogue is the failure of characterization. There’s no complexity to any of the characters; no one has yet proved that they are more than they appear at first glance. “Magic City” borrows noir aesthetics without taking any of its substance.

What makes “Magic City” a missed opportunity, however, is the fact that the show has such clearly identifiable subject matter: Jewish American life. The promise of “Magic City” is the promise of an ongoing series about Jews during a time when Jewish American identity was uncertain, and in the midst of being transformed by suburbanization and relocation. Indeed, the first episode nicely shows the tribalism of Miami Beach: There are black enclaves, Cuban enclaves, and Jewish enclaves. Everyone is separate, everything restricted, though commerce brings everyone together.

But the producers seem content to have Jewishness color the surface rather than to develop a Jewish core. One of the storylines of the second episode was whether Ike’s father would come to his granddaughter’s bas mitzvah (the pronunciation is clearly “bas”). Yet this was not a religious conflict, at least not a Jewish one. The father doesn’t believe in religion because he’s a communist (the implications of this are unexplored), but he ultimately relents. And why not? The show’s bas mitzvah is only a party; there’s no religion to be upset about. As Ike’s second wife, a gentile woman who wants to convert to Judaism, says, “These stupid things, they tie us together. They make us a family. At least I want them to.”

If this is the level of Judaism and Jewishness in “Magic City,” than the producer’s have missed a serious chance to openly question the meaning of faith or explore Jewish American identity. “The Sopranos” was periodically maligned as stereotyping Italian-Americans, but it was actually a nuanced look at what it means to be Italian in America: what obligations are owed to the church, to the community, to the immigrant ancestors? And most dramatically, do the old moral codes still apply?

These are the questions we need to see in “Magic City.” It’s 1959. Israel is still new, Eichmann’s capture is not so far off on the horizon, and “The Rise and Fall of the Third Reich” is about to climb up the American bestseller lists. “Magic City” needs to show us how its characters react as Jews during these turbulent times, and what they feel about Zionism and the Holocaust — not just what they were wearing and smoking.

Why ‘Magic City’ Is Missing the Magic