Shimon Peres’s DNA Could Help You Live Until 120 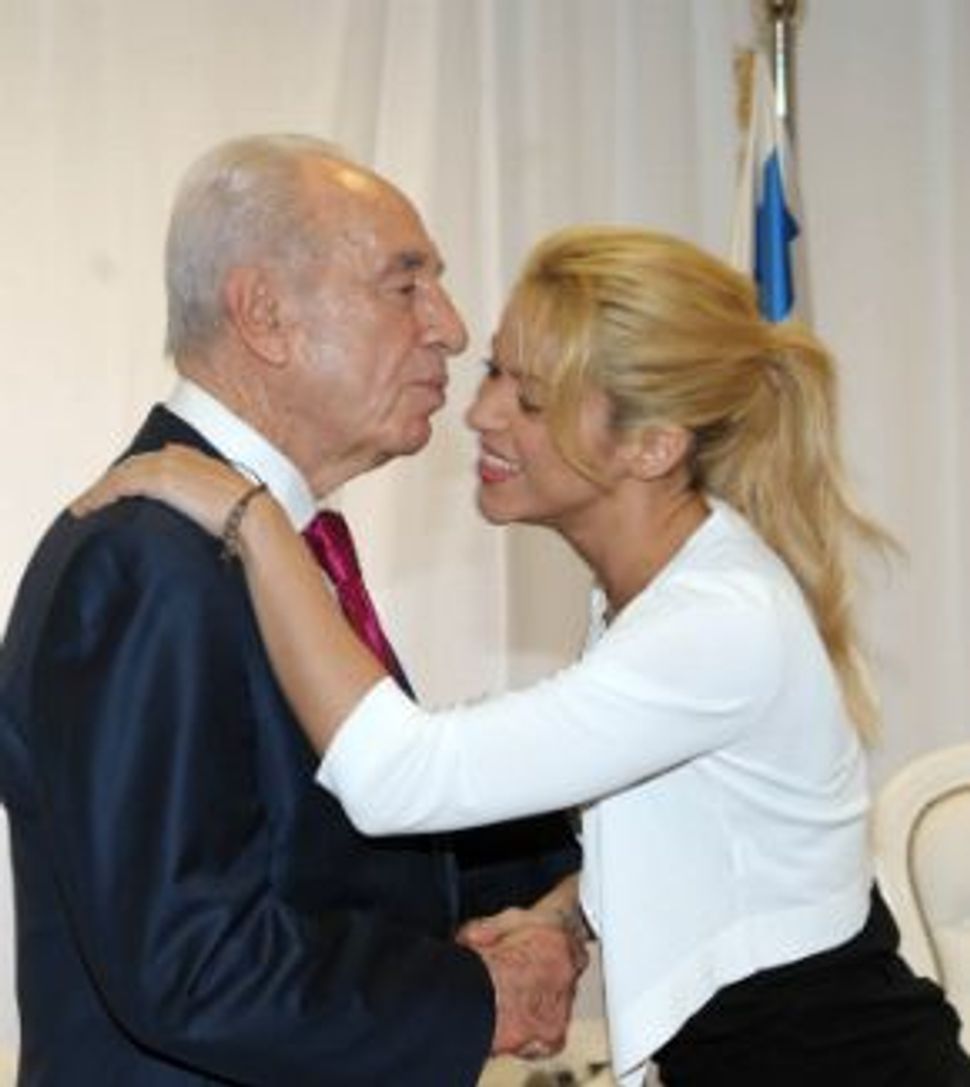 Whatever Israelis think of his politics, most agree that President Shimon Peres is a national wonder. At 88 he is the world’s oldest de-jure head of state, and seems to have endless energy. Just last night, he stood proud at the state’s Yom Hashoah event and told his own family’s story, movingly, with the energy of a much younger man.

And it turns out that a few years down the line, you may have the secret of long life implanted in you in the form of a Shimon Peres gene.

It sounds like science fiction, but the Galilee Genetics Analysis Laboratories really took DNA from Peres earlier this week to see if it can identify a special gene that explains his dynamo quality. According to the Jerusalem Post it may one day be used to create a prototype to make us live longer, healthier, and with better mental ability.

Oh, and that would presumably spell the end for the boycott Israel movement. After all, if a made-in-Israel Peres gene promises that we will all one day become energetic lucid octogenarians, will boycott Israel activists resist it?

Shimon Peres’s DNA Could Help You Live Until 120