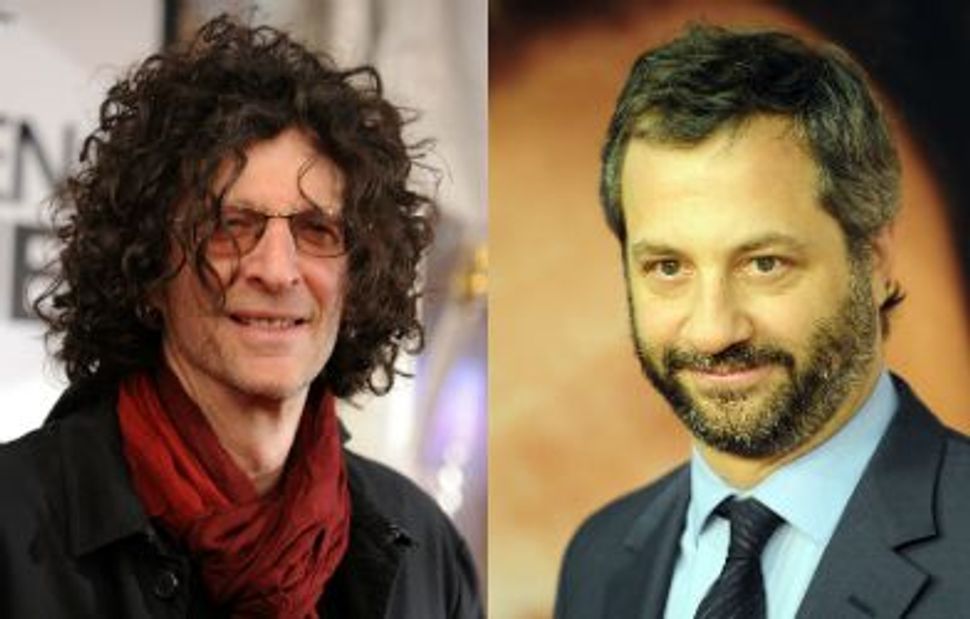 If you’ve lost sleep over the “feud” between Howard Stern and Judd Apatow, rest easy. The Jewish comedy behemoths have buried the hatchet after a vicious Twitter smackdown supposedly sparked by Apatow’s criticism of Stern’s “America’s Got Talent” gig.

Last Tuesday, Apatow tweeted, “I hate to say it but I don’t have much interest in discussions about america’s got talent [sic]. I tried. It is just too much synergy. @sternshow,” the Los Angeles Times reported.

Sounding thin-skinned, Stern on Monday accused the director of “whack[ing] me from the side of the head” and said on his SiriusXM radio show that if Apatow didn’t like what he was hearing, he could — in a manner of speaking — “go elsewhere.” Stern also anointed Apatow’s “Funny People” as “the worst movie ever made.”

This morning, however, gossip site TMZ reported the two have “buried the hatchet.” In shaky video footage shot outside the London Hotel in New York, Apatow told TMZ “I’m [Stern’s] biggest fan.” Will Apatow continue watching “America’s Got Talent”? The director was less sanguine. “I see it all, I watch it all,” he barked before walking off.

Purely by coincidence, Apatow has been making the promotional rounds for HBO dramedy “Girls,” of which he is an executive producer. And The Five-Year Engagement, which he produced, opens April 27.