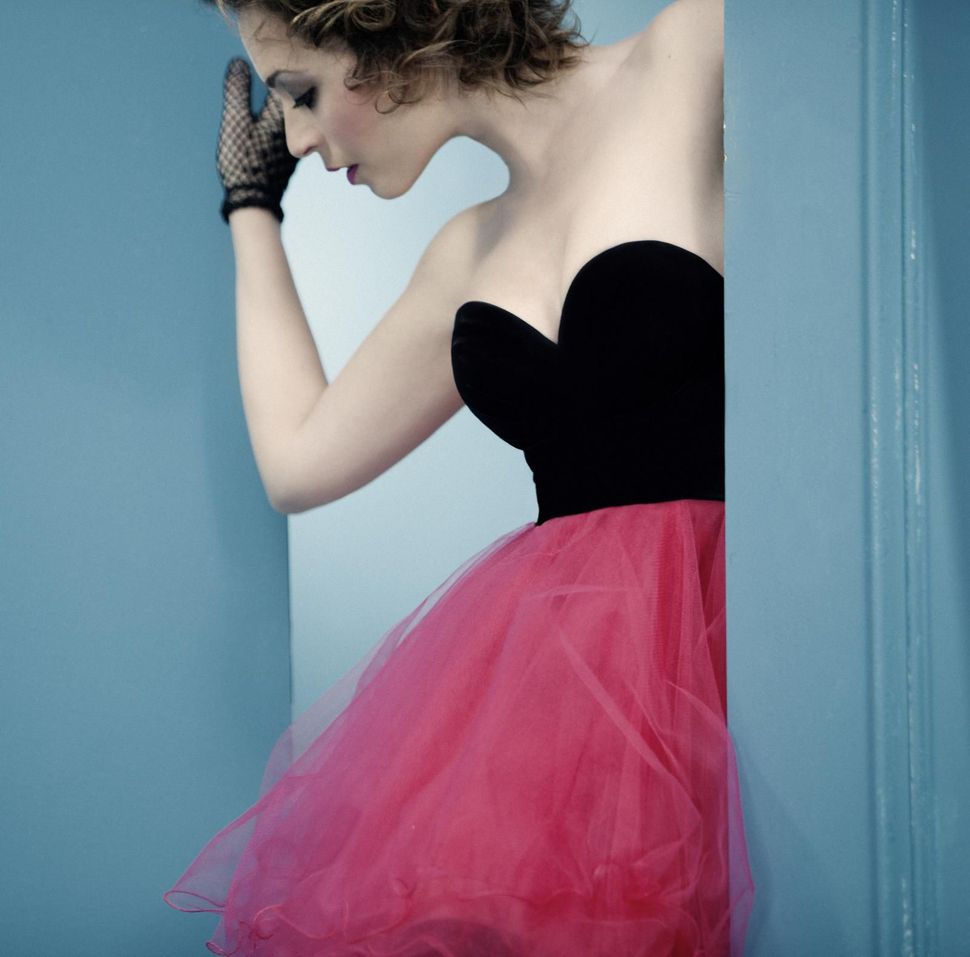 Image by Courtesy of Mira Awad

Mira Awad — singer, songwriter and actress — is a Palestinian citizen of Israel, the first Arab to represent Israel at the Eurovision Song Contest, and the singer of a song called, hopefully, “There Must Be Another Way.” Awad, 37, was born in the same village where her father was born, in the Upper Galilee near the border with Syria and Lebanon.

The first stop on her current U.S. tour was both appropriate and symbolic. On April 29 Awad performed at a benefit concert for Artsbridge, an organization in Boston that uses the arts to bridge the gap between young Israelis and Palestinians.

Tonight she hops to New York for a more commercial appearance at the Metropolitan Room. There she’ll sing songs in both Arabic and English that she describes as “world music with a lot of other influences — jazz, rock and pop.” Awad spoke to the Arty Semite via Skype about the difficulties she’s encountered as an Israeli-Palestinian, how she became a star, and her thoughts on the future of Israeli-Arab relations.

Curt Schleier: Can you tell me what it’s like to be an Arab citizen of Israel?

Mira Awad: It is a very complex status to be an Arab minority inside the Jewish state. The Arabs are generally considered to be the enemy and you encounter the suspicion of being the enemy within who might unite with enemies outside the country and do harm to the Jewish state. There is that kind of thinking. We are citizens with full rights of citizens, but we still encounter many problems. We are still trying to resolve our status and make it equal to Jewish citizens. But on the other hand, we’re not in a state of war.

Have there been specific incidents for you that stand out?

I can recall many as an artist. When [Prime Minister Yitzhak] Rabin was assassinated a friend of mine was responsible for an artistic [tribute]. Since Rabin was killed because of the peace talks, my friend thought it would be a nice idea to invite me to be there to sing in both Hebrew and Arabic. The ceremony was going to take place at the University of Haifa, where I was a student, but [the university officials] said Arabic would not be appropriate to hear on such an occasion. I thought this was horrible. Haifa is a city with a large Jewish and Arab population. The diversity is great and suddenly the University of Haifa refuses to have Arabic sung at a ceremony for peace. There are very subtle moments usually, but sometimes it’s in your face.

Yet you’ve become a great success.

Yes, I have somehow penetrated the Israeli mainstream and become a celebrity. This kind of success can happen, I am not the only one.

How did it happen for you?

I studied fine arts and English for two years at the University of Haifa, and then I decided to make music my career. So I studied at the Rimon School of Jazz and Contemporary Music. As soon as I was finished there, I was offered a role in a musical that became a great success. Then I got the lead in “My Fair Lady” at the Tel Aviv Opera House and from there I went on to “Arab Labor,” a very successful satirical TV show written by an Israeli Palestinian. It speaks about the reality of a million and a half people trying to fit in and trying to find their own place and also have their own culture and their own language. It is written satirically and brings up the subject with a lot of humor. It’s a hit.

Being a celebrity hasn’t protected you from problems, though, has it?

No. Three years ago, with [Jewish Israeli singer] Noa, I represented Israel in the Eurovision contest. There was criticism of me from both sides. Jews asked’Why are you sending an Arab to represent the Jewish state?’ and the Arabs asked ‘How do you represent a country that is killing your people?’ I’m always caught between these two beliefs. But I look at things a little differently. If we’re going to achieve some kind of resolution, it will be through dialogue and cooperation, not through banning each other and refusing to communicate.

Do you think there will be a resolution?

Oh man. That’s the million — no, billion — dollar question. I am not very optimistic, but I try to hold on to some hope. I have to believe it will get better at some point. I just don’t think it’s going to get better soon. I think humanity has to undergo a consciousness shift in order to realize that war is a stupid thing. We’ve got to evolve so that instead of fighting for the one tree with the banana, we share the one tree.