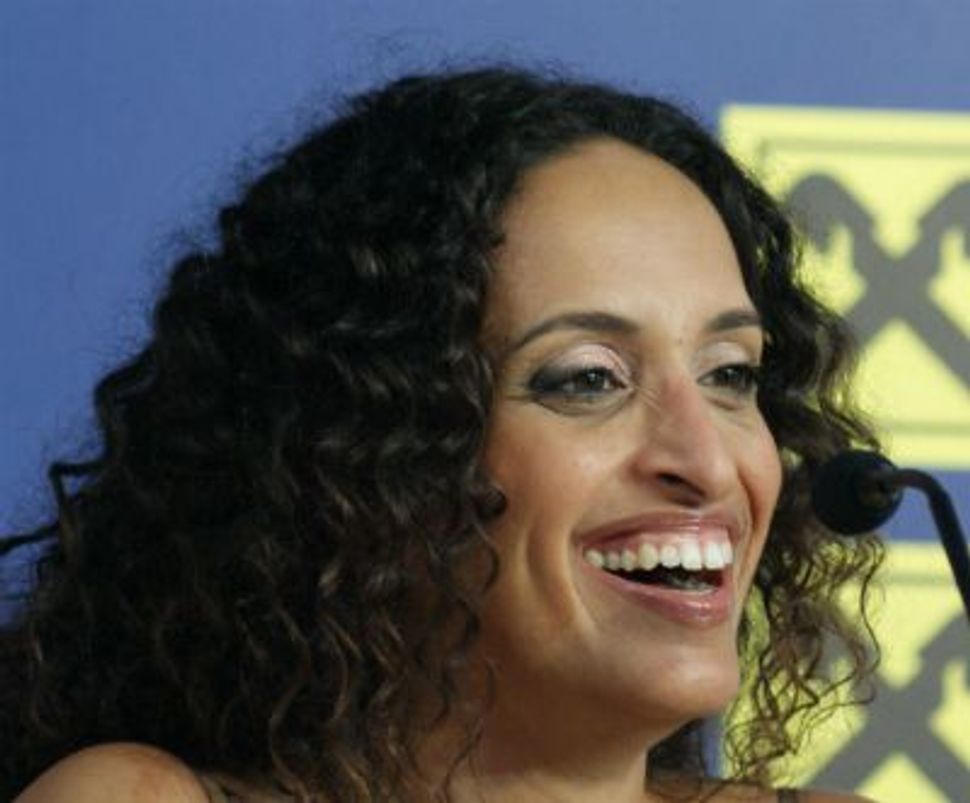 Achinoam Nini, the recording artist better known as Noa, is under fire for singing at a joint Israeli-Palestinian event last week to mark Yom Hazikaron, the memorial day for Israeli soldiers and terror victims. The event was organized by Combatants for Peace, a group of Palestinians and Israelis, who have taken an active part in the cycle of violence; Israelis as soldiers in the Israeli army (IDF) and Palestinians as part of the violent struggle for Palestinian freedom.” Now, a campaign by the Israeli right-wing to boycott her is gathering pace.

Noa has responded on her blog calling the event “beautiful and moving,” saying that she “felt fortunate and privileged to be allowed to lend my voice to such an important event,” and raging against her critics. She declared that she was writing “because it is important that you know that Israel is now going thorough one of the darkest periods of her short history” and the number “of brainwashed people walking the streets here, the amount of RACISM and blind hatred, is simply mindboggling.”

Israel has, she wrote, “turned to talking in slogans, our minds have become little advertising sound-bits: we’re right, they’re wrong, they’re terrorists, we’re angels, god’s on our side, we did everything for peace, they refused, it’s their fault, there’s no partner, you’re either with us or against us etc.” This leads to a “witch hunt, evoking medieval times, an Israeli take on McCarthyism, is a dangerous slippery slope that will lead Israel straight to oblivion.” In an age of soundbytes and parev politics, whether or not you agree with her, it’s good to see a musician who speaks her mind.