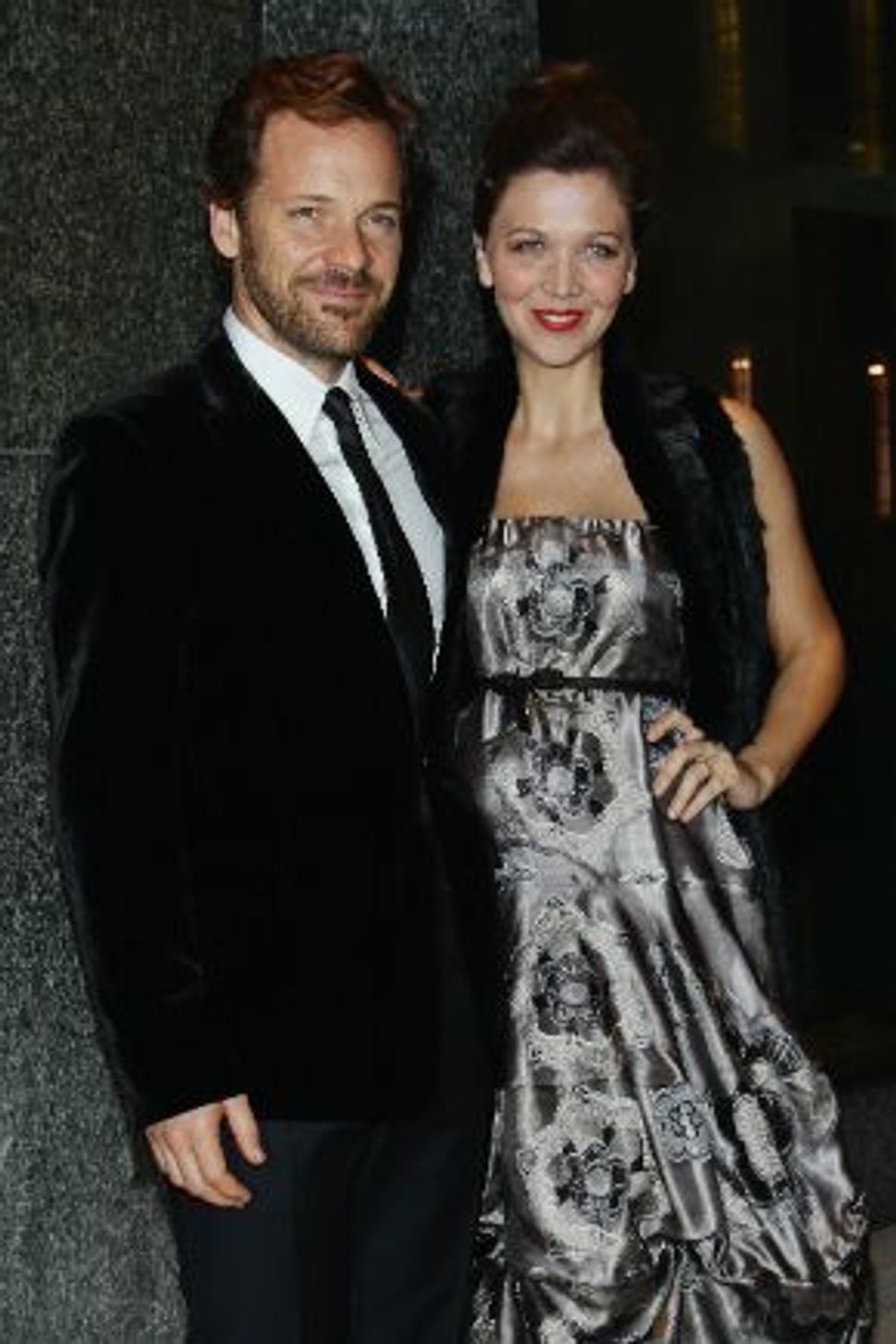 Mazel tov to actors Maggie Gyllenhaal and Peter Sarsgaard on the birth of their second daughter, Gloria Ray! The new sister for their 5-year-old daughter Ramona was born on April 19 in New York.

With no more details forthcoming from the couple’s reps at this time, US Weekly resorted to pulling out archival quotes about parenthood from Gyllenhaal and Sarsgaard to flesh out its exclusive announcement of Gloria’s birth. Back in January 2010 Gyllenhaal talked about the challenges of balancing motherhood and acting. Then, in March of this year, she told USA Today about the trials and tribulations of keeping her pregnancy under wraps until she was into her second trimester. “I didn’t let anyone know until three and a half months this time. I went to film festivals. I’m throwing up in the bathroom and having to keep pretzels in my purse, and having to fit into dresses,” the actress said.

Sarsgaard, on the other hand, was thinking ahead on how to foster sisterly bonding between Ramona and the newborn. Sarsgaard, who himself is an only child, has no personal experience to go on. But that doesn’t mean he hasn’t observed how things go down when Mom and Dad bring home baby sister. “I’ve seen kids with siblings — I don’t have any siblings, so I don’t know — but they generally go for about five minutes, ‘Oh, cool! Anyway, what are we going to do now? Can we return it?’” the actor observed. “I think it gets boring quickly, at first, and it takes a while for them to bond.”

The joy surely doesn’t belong only to Gloria’s parents. Among her other admirers is certainly her uncle, the handsome and talented Jake Gyllenhaal. The Shmooze is sure that what he told msn.com a couple of years ago about being Ramona’s uncle also applies to little Gloria:

I think it’s wonderful being an uncle. I mean, my niece is incredible and she’s, like, constantly positive little truth teller. I love her. I adore her. I would do anything for her. So, you know, it’s nice to be her uncle, and I try to see her as much as possible. And I go out of my way to do that. Since she‘s the next generation of little Gyllenhooligans. Even though she’s a Sarsgaard. But she’s half of us, so, you know.