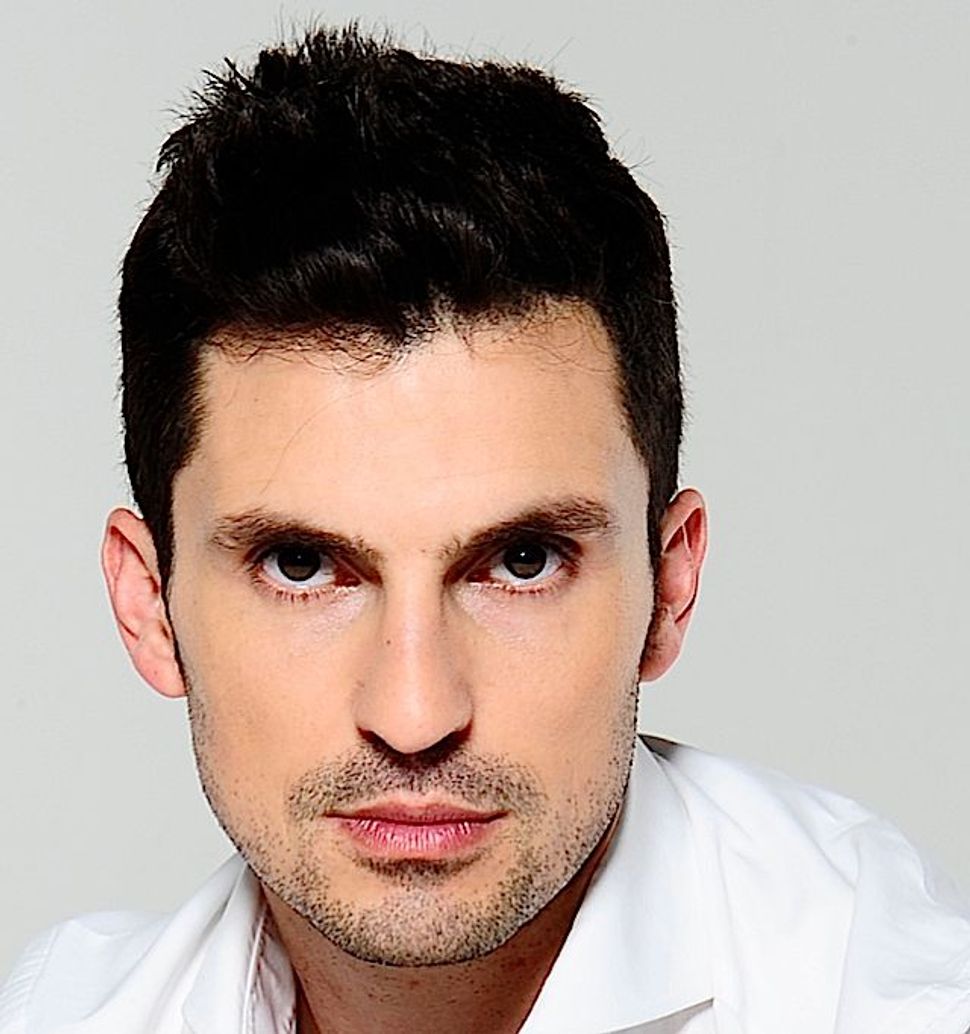 In London last June, an Israeli voice of world-class beauty rang out in the storied Wigmore Hall, part a concert of Italian Baroque, Ladino, Hebrew and cantorial music. 34-year-old countertenor Yaniv d’Or, who studied at Jerusalem’s Rubin Academy and the UK’s Guildhall School of Music, “enthralled” one English critic with his “smooth toned, powerfully resilient” voice.

Indeed, live recordings from that concert of music by Claudio Monteverdi and Benjamin Britten reveal a lovely tone without the technical faults found in some other countertenors, such as breathiness, hooting, or tonal unsteadiness. Instead, in the British tradition of countertenor singing from Alfred Deller to Michael Chance, d’Or produces a musically sophisticated, pellucid sound that incarnates an artistic ideal.

On May 4, d’Or performs at the Staatstheater Wiesbaden, Germany in “The Child Dreams,” a 2010 opera by Gil Shohat adapted from a play by the Israeli author Hanoch Levin. “The Child Dreams” was inspired by the 1939 MS St. Louis tragedy, in which a boatload of German Jews was refused entry by Cuba, the United States and Canada, and returned to their deaths in Nazi Germany.

Later in May, d’Or will sing of a more distant tragedy when he stars in a New Israeli Opera, Tel Aviv production of Gluck’s “Orfeo ed Euridice.” These ten performances, scheduled from May 11 until May 25, should exemplify how d’Or’s voice register can be soothingly beautiful in music which is transformatively conscious of pain and loss. Nor is Yaniv d’Or the only promising such talent in the Holy Land. Countertenor Alon Harari, a graduate of Tel Aviv’s Buchmann-Mehta School of Music has a voice of operatic richness and a strong stage presence. Harari has performed in opera houses from Glasgow to Vilnius and has recorded Mozart’s opera “Apollo et Hyacinthus” for Brilliant Classics.

Some listeners might date the current local interest in countertenors back to the multifaceted Israeli variety artist David D’Or, born in 1965, who can turn a melody such as “Avinu Malchenu” into a drama with the dimensions of a Broadway musical. Yet centuries ago, Ladino music was rich with material written for countertenor performance, as we are reminded by the vigorous renditions of Emil Zrihan. Born in Rabat, Morocco, Zrihan moved with his family to Israel at age nine, and currently serves as cantor at a synagogue in Ashkelon. Voice of the Jewish past, Israeli countertenors are also clearly voices of the future.

Listen to Yaniv d’Or in the beloved Sephardic song “Adio Querida” in 2011.

Watch Alon Harari sing an aria by Pergolesi in 2009.

And watch Harari with an instrumental ensemble in 2010, singing music by Handel.