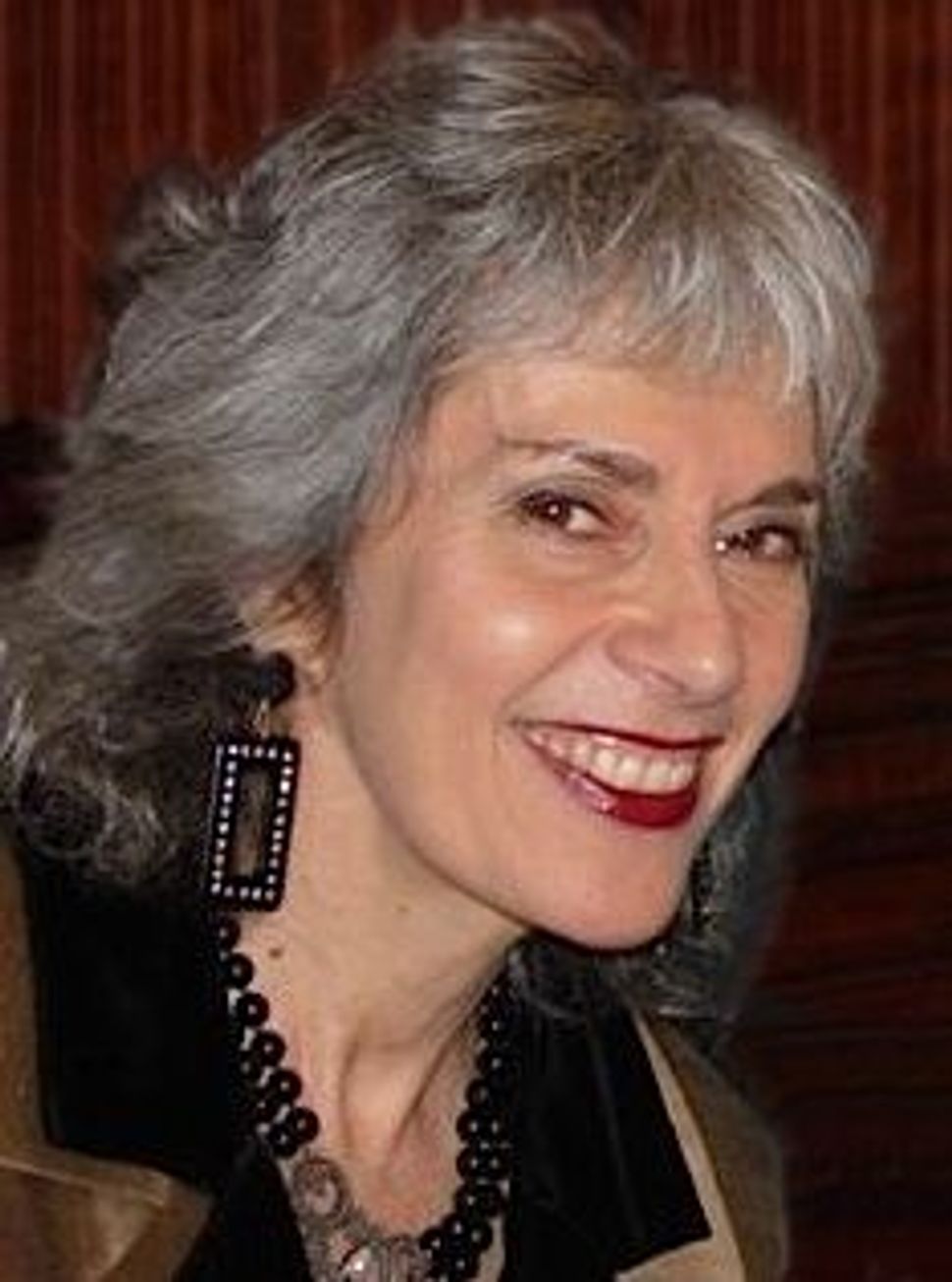 Image by Courtesy of University of Illinois Press

By choosing Philip Kaufman (“Quills,” “Henry and June”) as the subject of her latest book, Columbia University Film School professor Annette Insdorf hasn’t just given his films an extreme close-up. With “Philip Kaufman” (University of Illinois Press), the first book-length study of the impossible-to-categorize director, Insdorf has also nominated Kaufman to the pantheon of cinema greats like Francois Truffaut and Krzysztof Kieslowski — the subjects of her other acclaimed studies. Insdorf spoke to The Arty Semite about Kaufman’s versatility, quixotic characters, and what makes him a world-class director. Kaufman’s latest film, “Hemingway & Gellhorn,” premieres on HBO May 28. 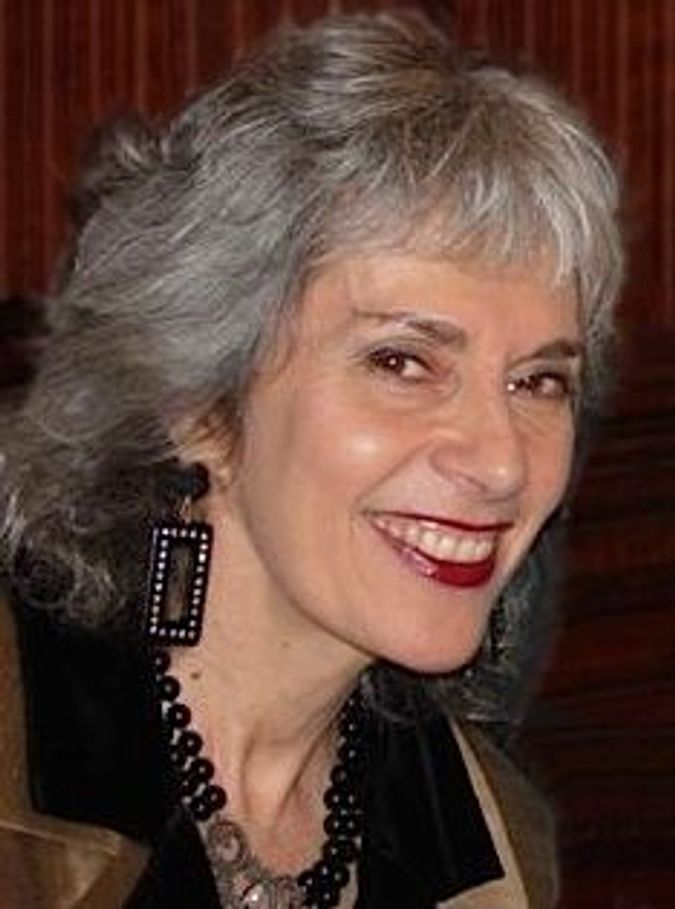 Image by Courtesy of University of Illinois Press

What drew you to Philip Kaufman as a subject?

Annette Insdorf: I’ve been appreciating his films for over 20 years, always surprised and disappointed at the lack of sustained, serious study of his superb work. When I showed his movies to my Columbia students — especially “The Unbearable Lightness of Being” and “The Right Stuff” — their enthusiastic respect confirmed my sense that Kaufman’s films deserve more attention. The problem has been a lack of recognizability; because he is so versatile and is drawn to different kinds of material, even cinephiles don’t realize that the same person directed films as disparate as “The White Dawn,” “The Wanderers,” “Henry and June” and “Rising Sun.”

Kaufman is the grandson of Jewish immigrants from Germany and Poland. Is there anything you’d characterize as a Jewish sensibility to his work?

While it’s dangerous to generalize, I do feel a certain secular Jewish humanism in his films. When he embraces marginal characters, or quixotic causes, there’s something simultaneously independent-American and old-world-European in the respect for characters, actors and viewers. His “Invasion of the Body Snatchers” is a case in point — a cinematic cry against the ease with which we can become emotionless “pods” by choosing easy accommodation over resistance.

Kaufman’s first film, “Goldstein,” was based on a Hasidic folk tale. But he hasn’t made another film with a Jewish theme. Do you think that was by default or design?

Probably by default. Kaufman’s filmography is so varied, and he is so versatile in terms of theme and genre, that I assume he is drawn to each project as a way of discovering a new world.

It seems nearly impossible to draw a straight line connecting all of Kaufman’s films. How would you characterize the similarities between his pictures?

For me, a Philip Kaufman film is one that invites — or seduces — the spectator into a layered relationship. He does not simply tell a compelling story, but uses imagery in a richly textured way that makes us aware of the storytelling process. He invites us to unravel meaning, to question images, to be wary even of beautiful shots. His characters are compelling, but often flawed: He explores heroism, both male and female, whether through the astronauts of “The Right Stuff,” or Henry Miller and Anais Nin.

A 2000 interview called Kaufman “a director of uncompromising precision, instinct and intelligence with a sensibility much more European than American.” What do you think that means?

There is a sophistication in Kaufman’s films that has more to do with the French New Wave than traditional Hollywood movies. It’s not just that he grapples — graphically and poetically — with sensuality, but that he trusts the viewer to be on his cinematic toes. The opening of “Quills” is a good example. We think we are watching a beautiful woman who is about to make love, only to realize that the guillotine awaits her head. It makes us sit up, and doesn’t allow us to take anything more in “Quills” for granted.

You’ve written books on Truffaut and Kieslowski; what elevates Kaufman into that rarefied stratum?

The films of all three directors manifest a combination of consummate craftsmanship and humanism. It’s clear that Kaufman was inspired by Truffaut: in my book, I actually compare “The Unbearable Lightness of Being” with “Jules and Jim,” and “Invasion of the Body Snatchers” with “Fahrenheit 451.” All three directors obviously care about freedom (including that of the viewer), and all three love their characters (especially female).

The blurb for your book talks about “philosophical” underpinnings of Kaufman’s films. Can you elaborate?

In my opinion, his movies express a vision that combines lucidity and compassion — not unlike other great directors, including Jean Renoir. Kaufman embraces human frailty as well as transcendence. He acknowledges the need for individual freedom while affirming the bonds of community. He studied history before becoming a filmmaker, and his movies explore characters in times of transition.

He is also a skeptic, refusing to celebrate protagonists from Jesse James to the Marquis de Sade; rather, he exposes their flaws as well as their passions, leading us to question onscreen heroism. This makes his latest film, “Hemingway & Gellhorn,” particularly intriguing: Ernest Hemingway (Clive Owen) is seen through the eyes of war correspondent and third wife Martha Gellhorn (Nicole Kidman), and the portrait is far from flattering.

Kaufman’s work doesn’t seem overtly political, but he’s been outspoken in interviews about political issues. How would you characterize the political content of his films?

Like Kieslowski and Truffaut, Kaufman’s politics have little to do with Right or Left; rather, his films have an anti-authoritarian stance, inviting us to be wary of leaders — especially self-appointed, self- righteous leaders.