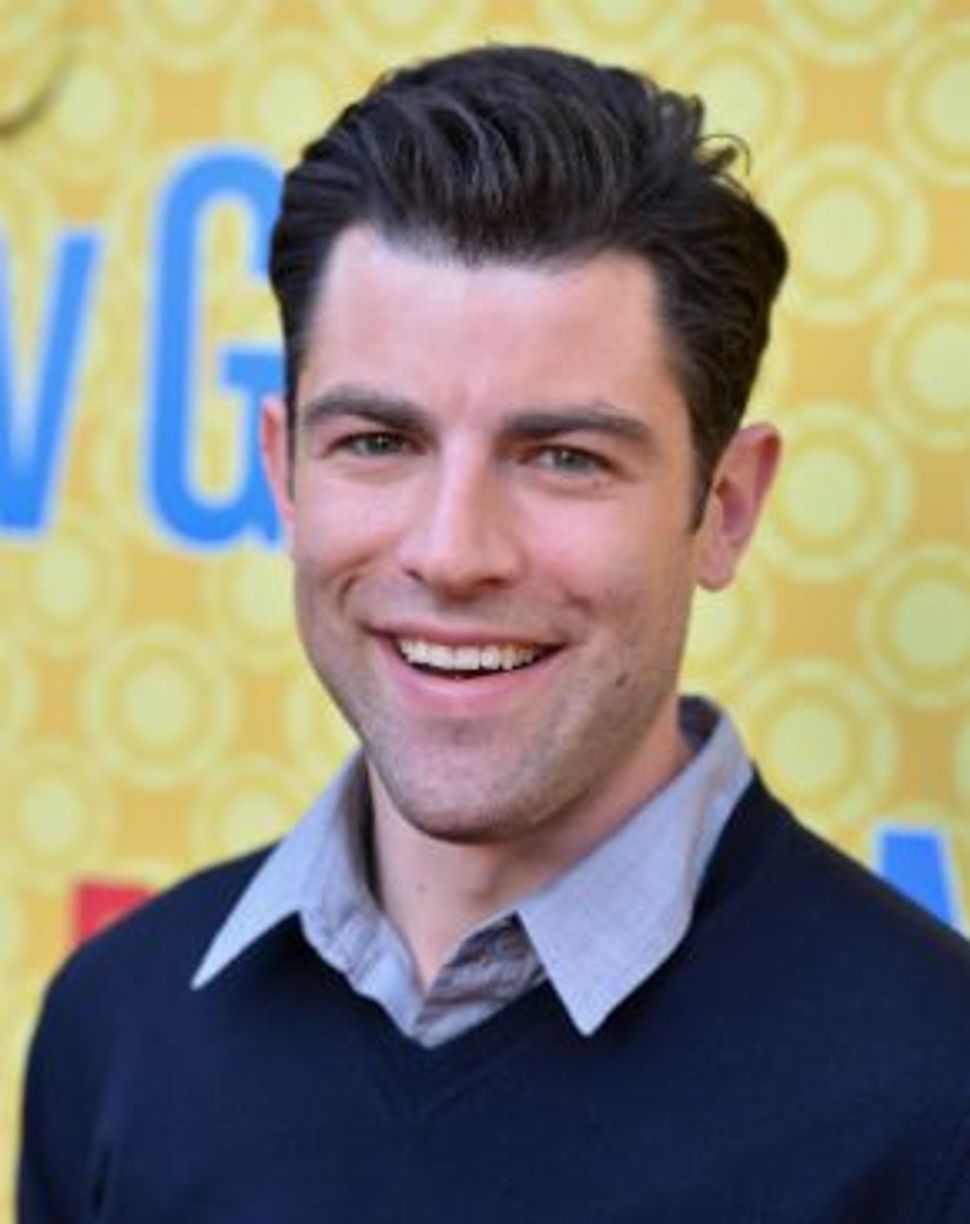 Max Greenfield, who plays Schmidt on “The New Girl,” has shown that you can turn some kibitzing into some tzedakah.

A few weeks ago Vulture made up a mock cover for a workout video that it imagined Greenfield’s “lovably preening” Schmidt character might have made. It was all just a joke, but Greenfield kind of liked it and rose to the challenge of actually making a Schmidt exercise video. Greenfield released it on YouTube and it went viral. Imagine Greenfield’s surprise when he found out that people weren’t just getting a kick out of it; they were actually paying attention to his spinning technique.

“SoulCycle put it on their site immediately and they’re tweeting me, ‘Oh my God, his spinning form is incredible,’” he said incredulously. “And I’m thinking, What is going on? And then Katie Couric tweets me and is like, ‘Your form’s impeccable, Max, everybody should check out this video,’ and I’m like, What is happening?”

Whatever was happening, Greenfield seized upon his gag video’s 15 minutes of fame and leveraged them to do some good. When SoulCycle asked him to lead two spinning classes in Los Angeles for charity, he hopped right on to the bike. As would be expected, he conducted the session more-or-less in character of Schmidt. He chose the Glee version of Whitney Houston’s “How Will I know” as the first song of the workout and peppered it with humorous comments about the songs that followed.

The Shmooze is sorry it wasn’t there in person to see the bar mitzvah-ed actor sweat and to hear him encourage the class by pronouncing things like: “Do you have Bieber fever? I certainly do. I’m suffering from it right now. He’s ninety-nine point adorable… I tried to get the bangs like Bieber once, but it doesn’t work with this Jewish hair. But at least I tried, and that’s what I ask from all of you today: to try.”