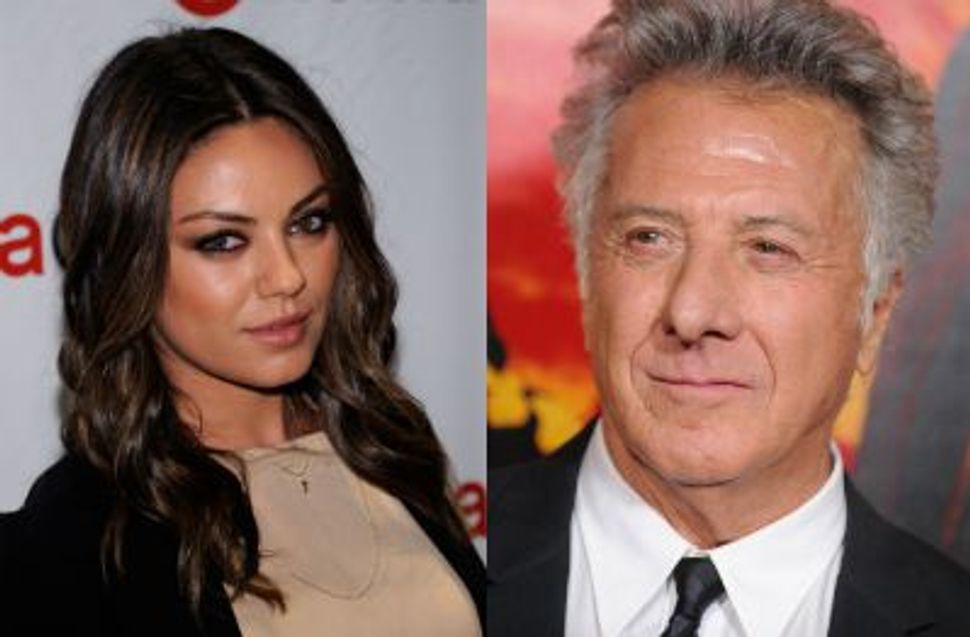 Who needs the Avengers when we have real-life Jewish celebrities rushing to the rescue?

First came news that on April 27, actor Dustin Hoffman, 74, saved the life of a London jogger who had gone into cardiac arrest. Hoffman, who owns a home in Kensington, was walking in Hyde Park when he saw lawyer Sam Dempster, 27, staggering and frothing at the mouth before falling forward and hitting his face on the pavement. Hoffman reportedly turned Dempster onto his back, which opened his airway, and called 999 (equivalent to our 911) from his cell phone.

Once paramedics arrived on the scene, Hoffman provided them an accurate description of what had transpired. He remained on the scene for another 20 minutes as the paramedics used a defibrillator to restart Dempster’s heart. “Great job, guys,” the actor told them when they had successfully revived the jogger.

One of the paramedics, who told the London Evening Standard that it was thanks to Hoffman’s quick action that Dempster is alive and well, was a bit star-struck. “Any time you turn up the witnesses are the most important people because they can tell you exactly what has happened before the collapse. And there was Dustin Hoffman. It was quite surreal having a Hollywood A-lister giving me the hand-over but you have to remain professional considering how serious the situation was,” he said.

Meanwhile, TMZ reports that on May 5, actress Mila Kunis came to the rescue of a 50-year-old man who collapsed and had a violent seizure while he was working in her house. Kunis, 28, rushed to the man’s side, grabbed his head and turned it to the side so that he would not choke. She told a friend who was with her to call 911.

When paramedics arrived and took over, Kunis offered to ride in the ambulance to the hospital with the man, but she was told it was not necessary. The man has since made a full recovery.