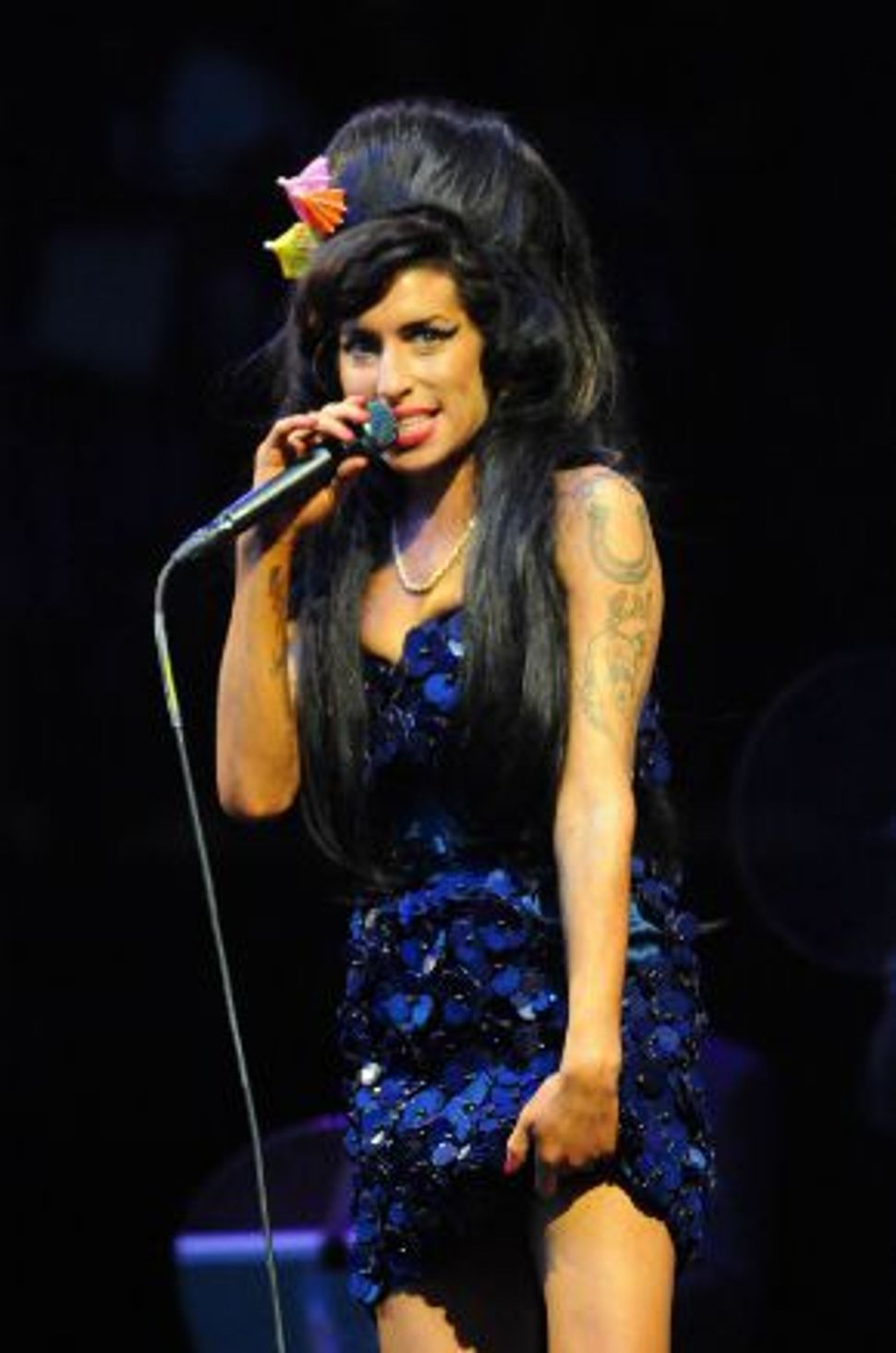 An art piece made by the late singer Amy Winehouse — using her own blood — will be auctioned off at the Cob Gallery in London. The self-portrait, titled “Ladylike,” is part of a collection by Pete Doherty, called “On Blood,” which was on view at the gallery earlier this year.

Doherty, known primarily as co-frontman for The Libertines, as well as for his membership in indie band Babyshambles, is also a visual artist. It has been reported that he was very close with Winehouse, and that he invited her to create an artwork with him. “Amy was on the phone to her dad when she did that [painting]. She said, ‘Dad, I’m with Pete and he’s making me draw with my blood!’ He didn’t like me much, her dad,” Doherty told The Independent in February. The Shmooze can’t imagine why.

“Ladylike” was not on sale during Doherty’s 10-day exhibition at the Cob Gallery, because of the “personal nature” of the piece. But it is now up for auction and is expected to bring in far in excess of the $15,000 that each of Doherty’s paintings is expected to fetch. According to the gallery’s catalogue, Winehouse’s piece is expected to sell somewhere between $80,000 and $129,000. Knowing how many of Winehouse’s fans desperately miss her since her death from accidental alcohol poisoning last summer, it wouldn’t be surprising if her blood was worth even more than that.