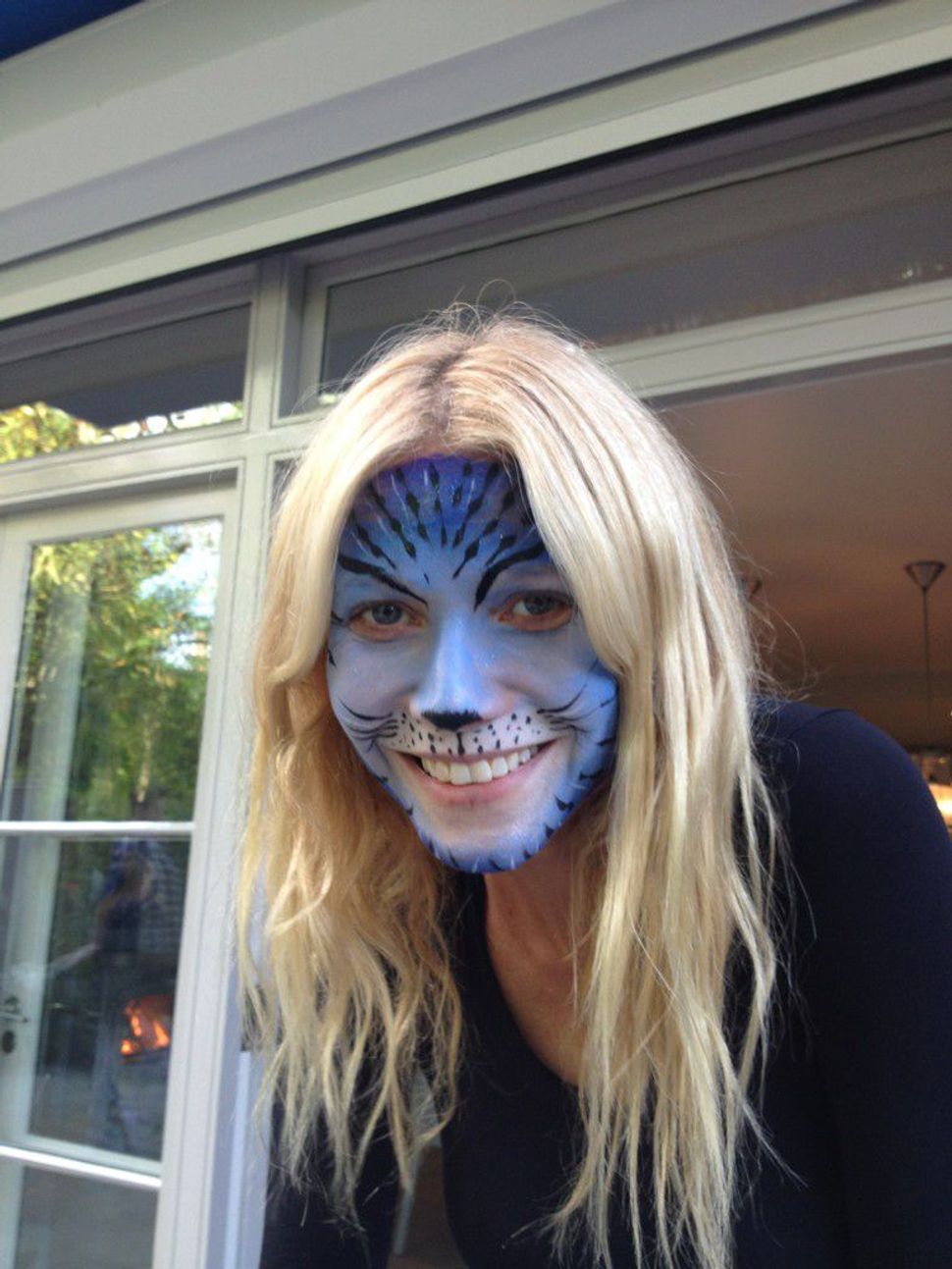 Gwyneth Paltrow might be the public face of Hugo Boss’s new Boss Nuit Pour Femme perfume, but that doesn’t mean she’s lost her sense of humor. The other day, when she wasn’t busy with an official photo shoot, Paltrow took time to goof around with her pal Rashida Jones. The two ditched the professional make-up chair and did their own make-up and photography. But who knew these actresses would be so purrrfect at it?

When they were finished, Jones tweeted a photo of Paltrow posing in full blue cat-face make-up, with the caption: “At callbacks for Cats: The Movie…” Paltrow then tweeted a picture of her friend’s feline look. Paltrow, pretending to be competitive with Jones, started a faux Twitter catfight. Tweeting about Jones’s more natural red-orange tabby look, Paltrow wrote: “This bitch is hot on my tail for rum tum tugger @iamrashidajones #catsthemovie”.

The Shmooze notes that there is, of course, no Cats movie in production (at least not yet). There are, however, rumors flying that Jones has been dating singer Drake. They would certainly make an attractive Jewish couple — if not for the other rumors that Drake is dating Tyra Banks. As might be expected, all reps are denying everything.