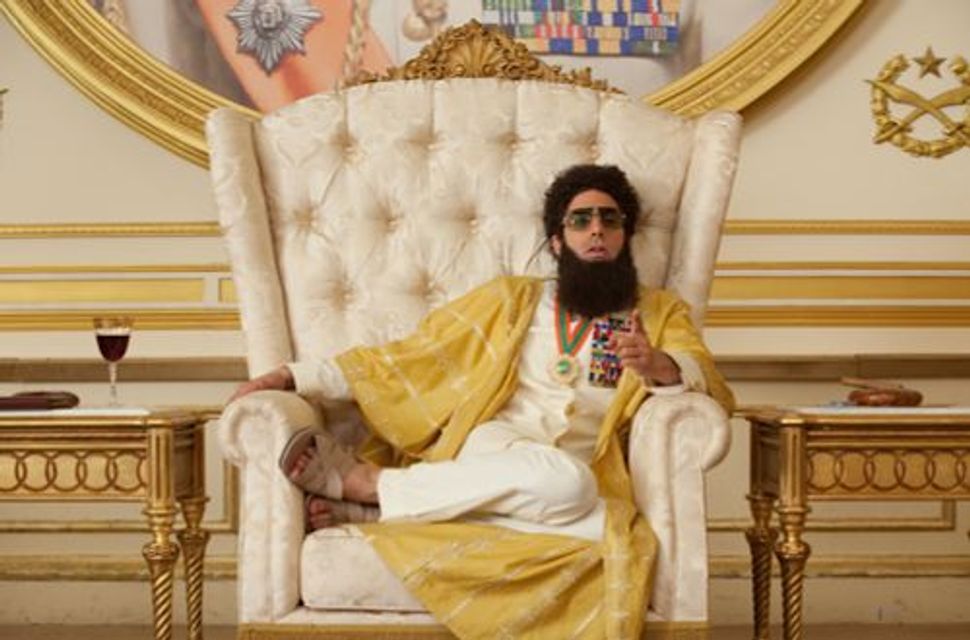 Until “The Dictator,” only a certain class of people appreciated Sasha Baron Cohen’s sense of humor — a class that fell between freshmen and juniors. In previous incarnations — as Ali G, Borat and Bruno — Cohen’s humor centered on putting unsuspecting people in awkward situations. It was occasionally funny, but more often just painful to watch. 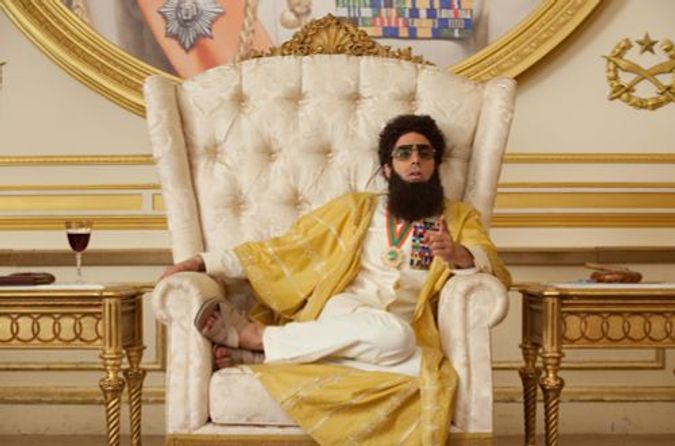 Cohen’s new film is not only superior to anything he’s done before, it is easily the funniest picture of the year. From the film’s opening dedication — “In loving memory of Kim Jong-il” — to its politically potent conclusion — the title character wins re-election with what appears to be well over 100% of the vote — “The Dictator” is a seemingly unending gag reel.

The jokes ranges from sharp, hilarious satire to scatological references, and he hits his target at least nine out of ten times. It’s one of those rare instances where the trailer doesn’t spoil the film.

General Admiral Haffaz Aladeen has been the undisputed ruler of oil-rich Wadiya since childhood. He has awarded himself hundreds of advanced degrees, Olympic medals and even a Wadiyan Golden Globe for his performance in “You’ve Got E-mail Bomb.”

Now there’s something new. He is going nuclear — only for peaceful uses, or so he claims. Though he can’t keep a straight face when he says that.

The West threatens military action. To forestall an invasion, Aladeen’s trusted uncle, Tamir (Ben Kingsley), convinces his nephew to address the U.N. But Tamir has a scheme in mind. Once he arrives in New York, he will have Aladeen assassinated and replaced by a dim-witted look-alike. The new Aladeen will sign an oil contract that will make the uncle wealthy.

But the killer bungles the job. He shaves the dictator’s long beard without finishing him off. Shorn and alone in the Big Apple, Aladeen meets Zoey (Anna Faris), who heads a vegan, feminist, natural foods collective that supports both transgendered and non-gendered people.

In one of the film’s funniest scene, the pair take a helicopter tour of Manhattan to plan the capture of the Aladeen look-alike. Also on the flight, a pair of what appears to be mid-western tourists panic when they overhear the two men talk in Wadiyan about 9/11 (Aladeen is speaking about his Porsche) and then make explosive sounds (when they’re really talking about how beautiful the fireworks are by the Statue of Liberty). Following his arrest, Aladeen complains that ”the police here are such fascists — and not in a good way.”

He also runs into Nadal (Jason Mantzoukas), the nuclear expert he thought dead. Aladeen had ordered his death when the bomb he produced was round at its tip, not pointed the way it was in the cartoons Aladeen watched.

But there he stands, alive and surrounded by others Aladeen thought assassinated, all eating at the Death to Aladeen Restaurant. (As if further proof were needed that New York is the restaurant capital of the world.)

Surprisingly, Nadal isn’t upset with his former boss. On the contrary, he is so anxious to return home to complete his work on a nuclear weapon that he joins forces with Aladeen to find the impostor and put the real Aladeen back on the throne. When Aladeen contemplates suicide, after discovering that his people do not love him, he argues with Nadal, who is trying to save him:

Aladeen: You’re such a schmuck.

Nadal: Why are you talking Yiddish?

Aladeen: I’m in New York and I like the way their words sound like what they mean.

Nadal: Did I miss the e-vite to your bar mitzvah?

Most will think they know how it all ends: Zoey and Aladeen become a couple; Aladeen sees the error of his ways and transforms his nation into a true democracy. But most people would be wrong. Cohen, who co-wrote the script, turns a potentially pedestrian story on its head.

“The Dictator” will prove the comedy equivalent of catnip for Cohen’s existing fans. And its sharp and intelligent sense of humor will attract even seniors.