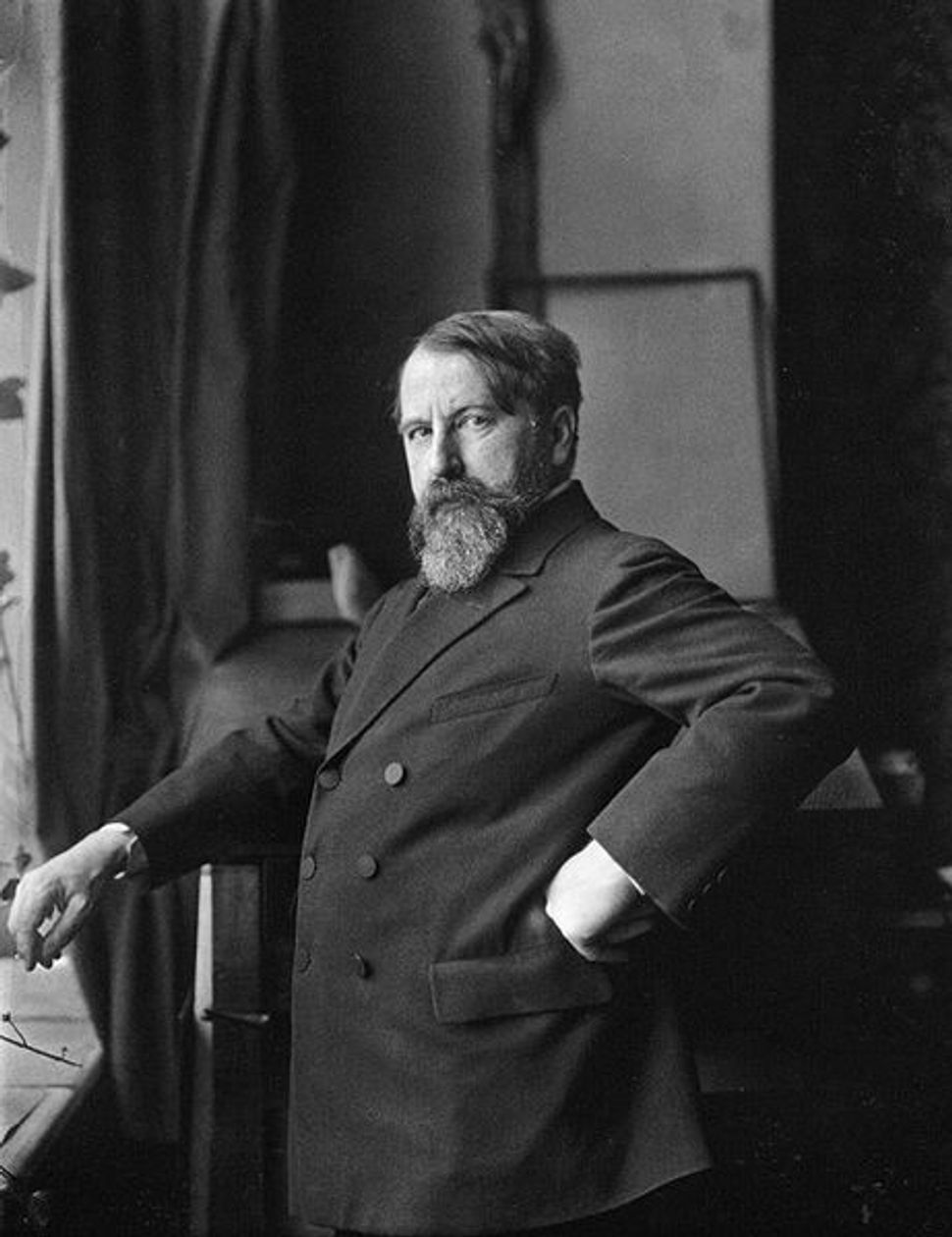 Today is Viennese-Jewish author Arthur Schnitzler’s 150th Birthday. One of the key modernist writers in the German-speaking world, Schnitzler (1862–1931) is regrettably little-known in America. In his plays, stories and novels, Schnitzler painted a vivid portrait of his place and time, fin-de-siècle Vienna. He was also one of the most controversial and experimental writers, both for his psychological realism and his sexual frankness. Freud considered him a kindred spirit and famously wrote to Schnitzler that the author had discovered through intuition and creativity everything that Freud had uncovered via scientific experimentation.

In Europe, the occasion is being marked with critical editions of Schnitzler’s works, film and lecture series and new productions of his plays.

The center of the Schnitzler festivities is, not surprisingly, Vienna. The Burgtheater is presenting its productions of “Professor Bernhardi” and “Das weite Land,” (adapted by Tom Stoppard as “The Undiscovered Country”) while the Theater in der Josefstadt just premiered a staged version of “Traumnovelle,” a story perhaps best known as the inspiration for Stanley Kubrick’s “Eyes Wide Shut.”

Over at the Volkstheater, where a run of “Der einsame Weg” is underway, a special birthday event this Sunday will include dramatic readings of Schnitzler’s writings as well as selections of his little-known piano music. The event also incorporates the official presentation of a new critical edition of Schnitzler’s first play “Anatol,” about a reckless Don Juan. The volume features a manuscript facsimile, illustrations and commentaries. In addition, the Austrian Academy of Sciences has just reissued their 10-volume set of Schnitzler’s complete diaries (in German).

In Berlin, the festivities will be centered at the Berliner Ensemble, the theater company founded by Bertolt Brecht after World War II. Through July, productions and readings of several of Schnitzler’s key texts, including “Fräulein Else” and “Lieutenant Gustl” are underway as well as several semi-staged salon evenings.

In Israel, Schnitzler is the subject of several lectures at The Hebrew University of Jerusalem. In addition, the Jerusalem Cinematheque has scheduled a mini-film program devoted to Schnitzler titled, “Jews and Germans: A Journey Through Time.”

Sadly, the anniversary seems to be going mostly unnoticed on this side of the pond, meaning that it’s probably best to cobble together your own celebration. Here are some suggestions.

Rent Kubrick’s “Eyes Wide Shut” (1999) and Max Ophuls’ “La Ronde” (1950) from Netflix and have yourself an intense double-feature. Though Kubrick scrubbed Schnitzler’s story clean of all its overt Viennese (and Jewish) qualities, placing the über-gentile couple of Tom Cruise and Nicole Kidman at its center, the film is remarkably faithful to Schnitzler in mood. Closely following the characters’ desires, weaknesses and fears, Kubrick masterly translates the book’s atmosphere of psychological menace and obsession.

In Ophuls’ adaptation of Schnitzler’s play “Reigen,” often translated as “Round Dance,” the camera glides and swoons gracefully, waltzing around an endless chain of lovers drawn from many strata of Viennese society circa 1900. The Criterion Collection’s handsome DVD release is the optimal way to discover this visually delirious masterpiece, which draws a great deal of wit, charm and elegance from Schnitzler’s vivid writing.

For a taste of Schnitzler at his most daring, read “Fräulein Else,” a sordid tale of a young woman forced to humiliate herself to save her family from financial ruin. It’s told in a breathless first-person stream of consciousness and available in a fine translation by Margret Schaefer. If you’re feeling ambitious, or have more time on your hands, curl up with “The Road into the Open,” Schnitzler’s 1908 novel about fin-de-siècle Viennese society in all its sophistication, opulence, creative acumen and decadence as seen by a group of urbane Jewish intellectuals who passionately debate Marxism, Zionism, psychoanalysis and aesthetics at salons and cafés.