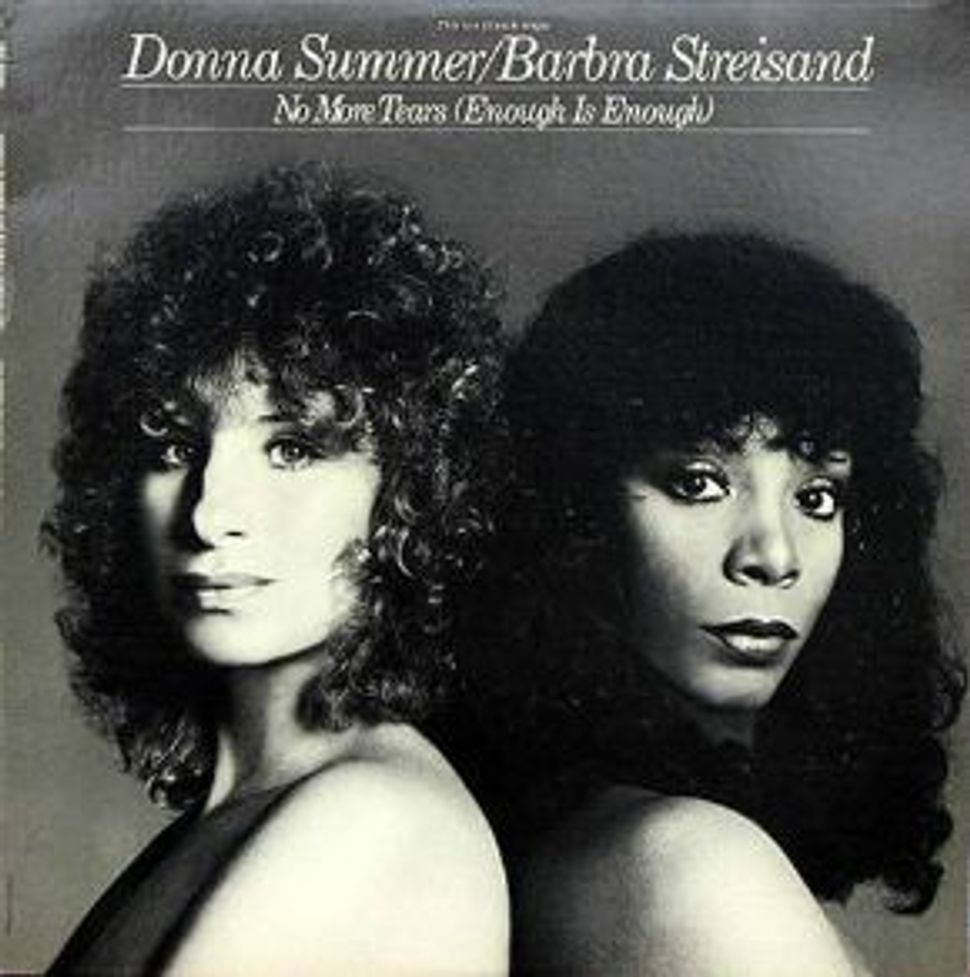 Barbra Streisand is among the many celebrities who have issued statements expressing sadness over the death of disco queen Donna Summer. Summer died from cancer May 17 at the age of 63.

Streisand said she was shocked to hear or Summer’s passing and had not been aware that she was so ill. “She was so vital the last time I saw her a few months ago,” Streisand said of Summer. “I loved doing the duet with her. She had an amazing voice and was so talented. It’s so sad.” Streisand was referring to “No More Tears (Enough is Enough),” the hit duet the two singers recorded together in 1979.

Donna Summer burst onto the 1970s disco scene with the steamy “Love to Love You Baby” in 1975. Many of her other songs, like “I Feel Love,” “MacArthur Park,” “Last Dance,” “Bad Girls” and “Hot Stuff,” were chart toppers and discotheque staples. Although her star waned in the U.S. with the decline of the disco, she continued to have modest success in Europe. She released “Crayons,” her last album — and her first studio recording in 17 years — in 2008.

Listen to ‘No More Tears’: