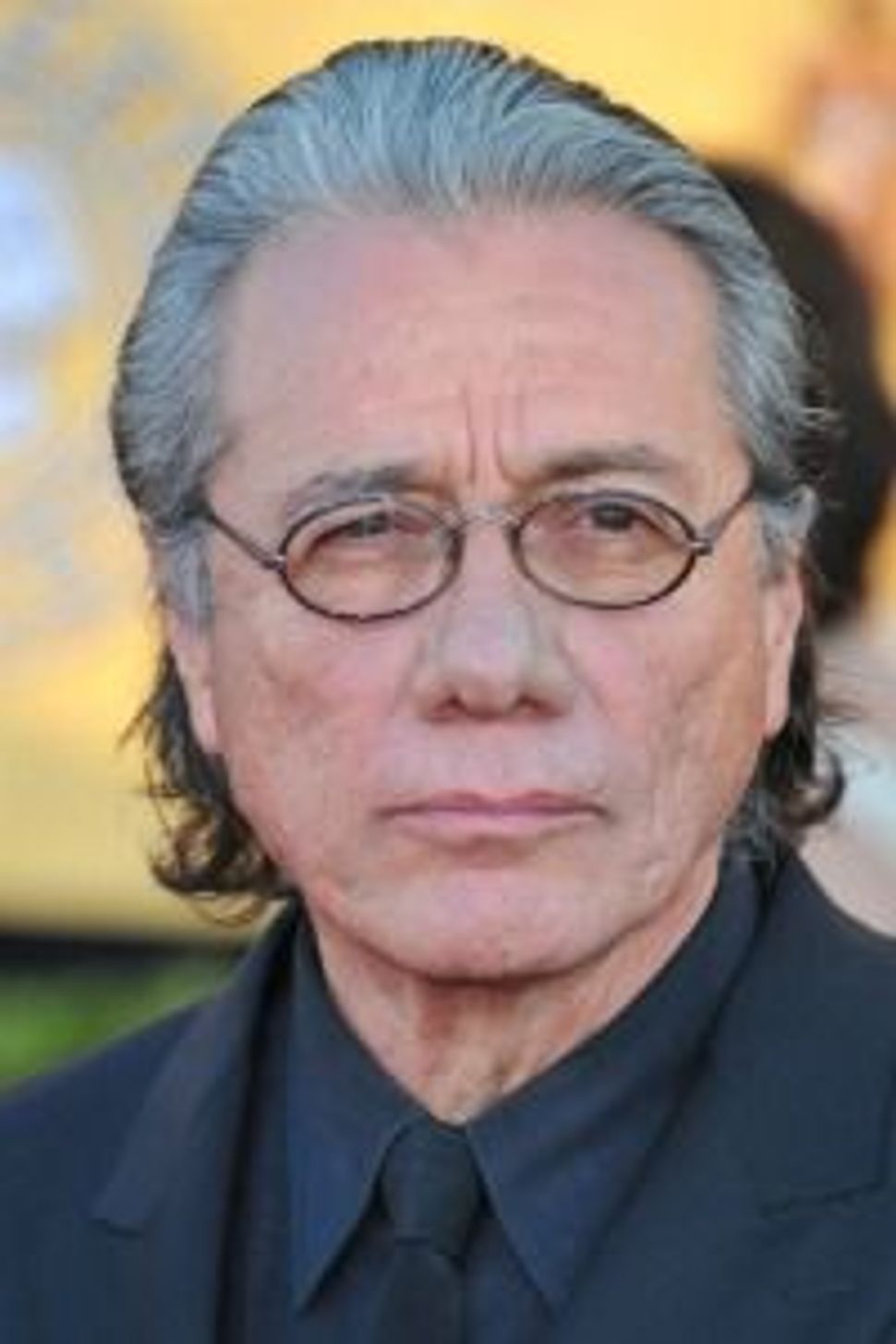 Actor Edward James Olmos is sitting at a Jerusalem cafe. For the better part of two weeks, this 65-year-old American actor-director, and star of television and the big screen, has traveled the length of Israel. He has taken in the holy sites in Jerusalem and the Sea of Galilee, visited Sderot in the south and the Golan Heights in the north, met with Israeli actors and political scientists and engaged Palestinian civic leaders and entrepreneurs in Ramallah.

Olmos has agreed to meet a reporter for 30 minutes, and then he’s off to another meeting. “I’m here for a multitude of reasons,” says Olmos, who is joined by Robert M. Young, the noted American filmmaker with whom he has collaborated on more than half a dozen films and numerous television projects. “It has been a remarkable visit.”

Olmos – the first American-born Latino to receive an Academy Award nomination for best actor, for his role in the 1998 film “Stand and Deliver” – is visiting Israel for the first time. He is a guest of the Jewish Federation of Greater Los Angeles and its annual Civic Leaders Study Trip, co-sponsored by Israel’s Foreign Ministry. The program seeks to “build a connection between activists in Los Angeles and Israel while providing first-hand knowledge about Israeli society, democracy, innovation and challenges,” according to Catherine Schneider, a Federation spokesperson.

“I’m interested in anything that has to do with humanity and the human condition anywhere on the planet,” says Olmos, a native of Los Angeles and a social activist, who notes that he was impressed by some of the emergency first-responder technology he was shown.