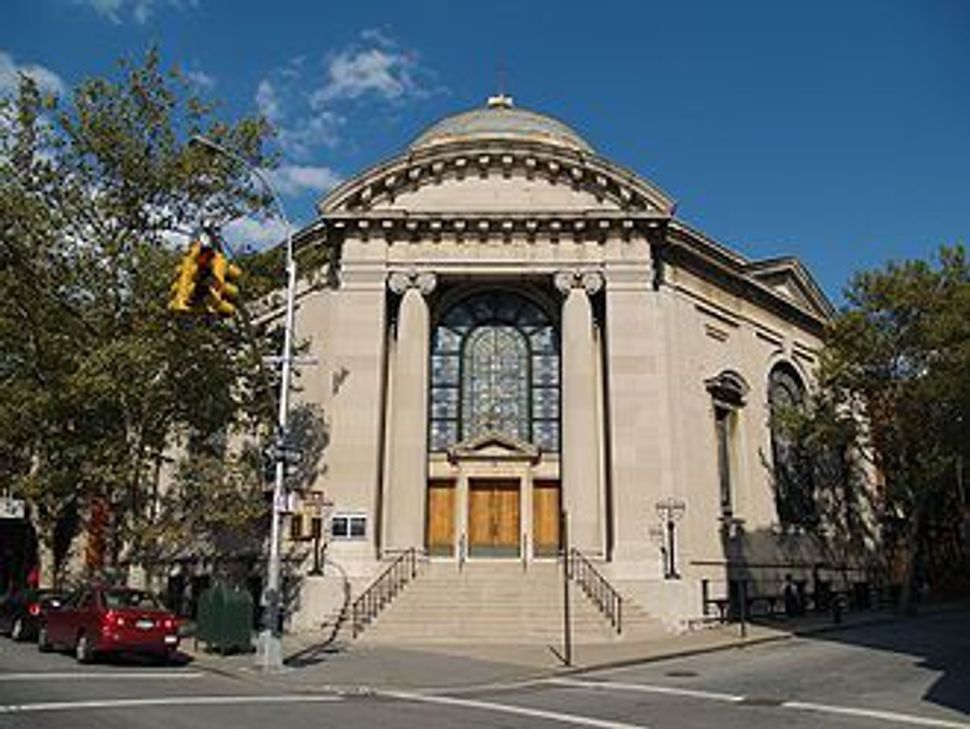 Brooklyn’s Congregation Beth Elohim is one of four winners in Partners in Preservation’s grant competition. An initiative by American Express, in partnership with the National Trust for Historic Preservation, Partners in Preservation used a social media campaign enabling 40 historic places in New York to drum up support for their preservation projects. Congregation Beth Elohim garnered 8% of the popular vote and will receive $250,000 to restore its stained glass windows.

Beth Elohim was founded in 1861 by a small group of German Jewish immigrants. Its current sanctuary dates to 1909. In 2009, the building’s centennial year, part of its roof fell in, and the congregation has since been hosted by the nearby Old First Reformed Church while repairs are being done. The beautiful stained glass windows, broken and faded, are in dire need of repair.

The other winners of the Partners in Preservation competition included the Brooklyn Public Library, whose winning 9% of the popular vote landed it a $250,000 grant to restore its main entrance doors. The New York Botanical Gardens in the Bronx, which won 7% of the vote, got $250,000 to restore its rock garden, and The Bartow-Pell Mansion Museum, located in the Bronx, also garnered 7% of the vote and has been awarded $155,000 to restore areas within its gardens.

“These four sites did a stellar job getting out the vote and their communities to support these important preservation projects,” said Timothy J. McClimon, President of the American Express Foundation. “Their dedication and persistence paid off and should prove to have a lasting effect on their communities.”

Another $2.1 million will be awarded in June by an advisory committee of community and preservation leaders. Aside from Beth Elohim, there are several other Jewish history-related sites and institutions among the 40 competing. They include the Ellis Island Hospital Complex, the Henry Street Settlement and the Lower East Side Tenement Museum.

Watch the Partners in Preservation video for Beth Elohim: