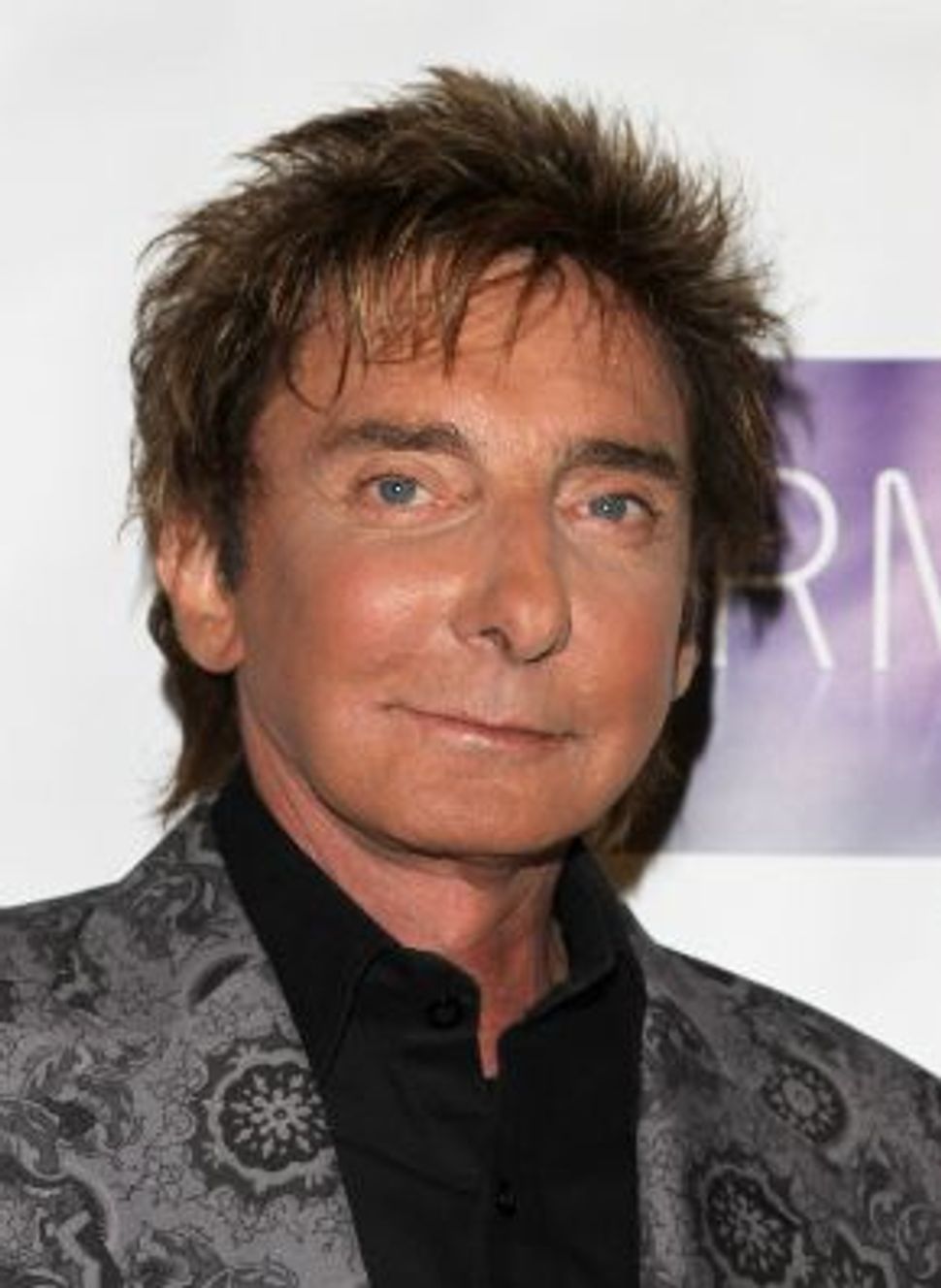 In anticipation of a performance in Dublin yesterday, singer Barry Manilow sat down for a cozy conversation with the Independent. There was some talk of “Mandy,” “Can’t Smile Without You” and “Copacabana,” but for the most part, Manilow used the opportunity to reveal some interesting tidbits about his family’s past, as well as about his present appearance.

Manilow told the Independent that he is “a secret Irishman.” While the Jewish community can proudly claim the 68-year-old singer as one of our own, we should also be aware of the fact that Barry Alan Pincus (he adopted Manilow, his mother’s maiden name, as his last name after his bar mitzvah) could have very well have been Barry Kelliher instead. That’s because his father was a non-Jewish Irish man named Harold Kelliher.

“The fact that Harold was an Irish truck-driver was hidden from the family,” says Barry. “It was considered a terrible thing for my mother to have done. They wouldn’t even allow my name to be Kelliher,” he said. “They changed it immediately. When I was born, I was called Barry Pincus. They had to dig deep into my father’s family to find one Jewish relative. They went back to the 1800s and they found one uncle, a Jewish guy called Pincus. My mother made my father change his name to Pincus.”

That was then, but this is now…and these days Manilow is a little freaked out about the fact that he is turning 69 this year. “It’s so confusing because the number is terrifying, 69,” he reflected. “It doesn’t make any sense. I look at myself in the mirror and I look exactly the way I looked 20 years ago. I’ve got my hair. I haven’t got a pot belly and I’ve got the same energy I’ve always had and the same passion for the work.”

But then again, there is the matter of his face. People have apparently been commenting lately on how it “looks odd.” Manilow assured the Independent that he hasn’t had any work done on it lately. He did admit to having had some surgery done on his jowls years ago (“But they came right back. That kind of stuff doesn’t last.”). And then when Botox came along, he jumped on that bandwagon for a while.

Manilow claims that his currently puffy face is a result of steroid shots he has had to get in his hips for an ongoing “nasty hip problem,” for which he has already had three surgeries, with the latest being just four months ago. And in terms of his famously large shnoz, he proudly proclaimed, “I never even think about what I look like. I’m a guy. As far as my nose goes, yeah I’ve got a big nose, my family has big noses. I like my big nose. It’s a chosen nose.”

Manilow dismisses the idea of plastic surgery for himself and is leaving it to those who can’t seem to live without it. Who might that just be? Manilow dropped one obvious name when he said, “They think I’m the Joan Rivers of the guys, which is ridiculous.”