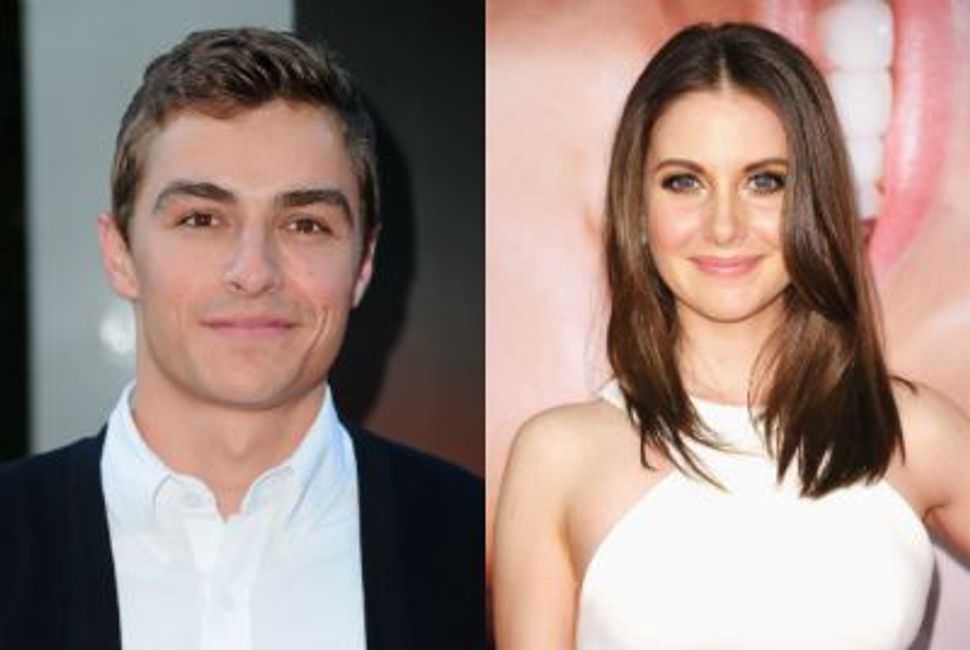 And now for a Franco family update:

Us Weekly reports that “21 Jump Street” star Dave Franco, younger brother of James, is dating Alison Brie. The 29-year-old actress is known for her television roles as Annie Edison on “Community” and Trudy Campbell on “Mad Men.”

Sources say that Brie has been seeing Franco, 26, for the past six months, but that the L.A.-based couple has been keeping the relationship low-key. This was mainly due to the fact that their shooting schedules were keeping them on different sides of the country. But in April they got to spend some time together in New York, where Franco was filming and Brie came to promote her new film, “The Five Year Engagement.” While in town, Brie also performed with her band, The Girls, at (Le)Poisson Rouge.

Back on the West Coast, in Palo Alto, California, Franco’s mother, Betsy, is planning to teach a workshop for high school filmmakers this summer. “The Franco Project will involve the students’ writing scripts based on poems by James Franco about his experiences going to high school in Palo Alto. The participants will then do storyboarding, linking of the stories together, and some test shooting. According to the Palo Alto Children’s Theater, the “course [is] based on James Franco’s model when teaching at NYU film school.”

Betsy Franco has written over 80 books for children and young adults. Franco’s husband, Douglas, died suddenly of a heart attack last fall at the age of 63. He was a Silicon Valley executive and philanthropist. In addition to James and Dave, there is a third Franco son, Tom.