Aaron Sorkin Is Dating Another Kristin 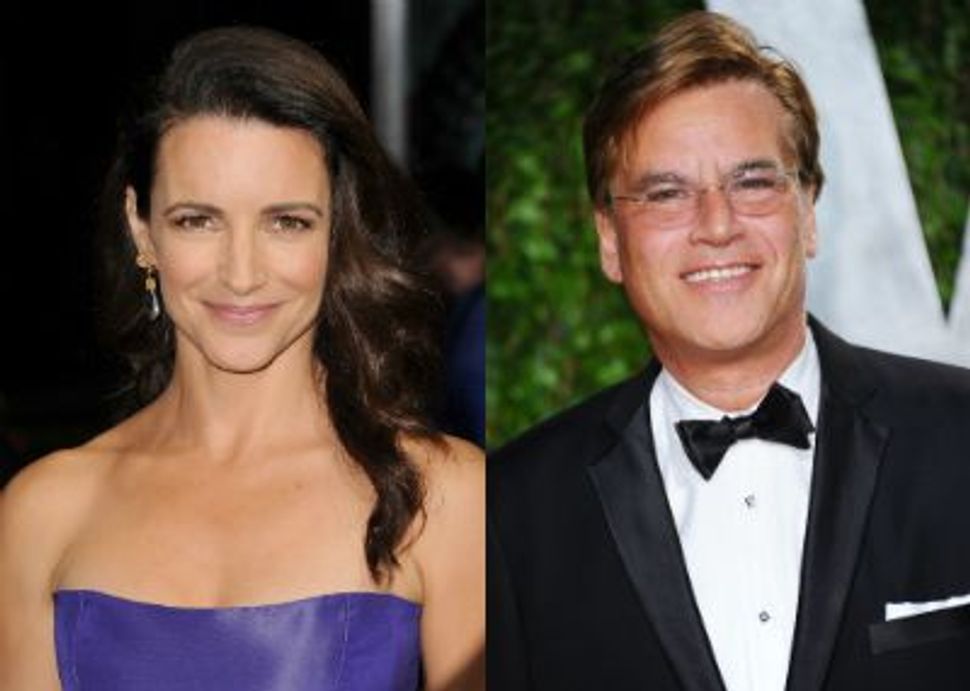 We all know that the “Sex and the City” character Charlotte York had a soft spot for Jewish men — or at least for a one named Harry Goldenblatt. Now it seems that Kristin Davis, the actress who played the Carrie Bradshaw pal, has her eye on a particular Jewish guy, too.

Life & Style reports that Davis is dating screenwriter and producer Aaron Sorkin. It appears that Sorkin, who penned the Academy Award-winning film about the rise of Facebook, has been doing a little social networking of his own lately. He and Davis have been “getting together when they can,” according to a source. “They’re a good match for each other,” the source added.

Sorkin, 50, was most recently attached to actress Kristin Chenoweth. Prior to that, he was married for nine years to Julia Bingham, with whom he has a daughter. Davis, who is 47 and who adopted a daughter last year, has never been married.

Davis said she was definitely open to finding the right person to settle down with, but that dating has been hard. A relationship “is hard to find, just like it is for everyone else. I meet a lot of people, but that doesn’t mean you’re going to like them,” she said. The advent of online social networking hasn’t necessarily been all that helpful to her…except for the fact that she happily met the guy who wrote the screenplay for the blockbuster movie about the phenomenon.

Aaron Sorkin Is Dating Another Kristin