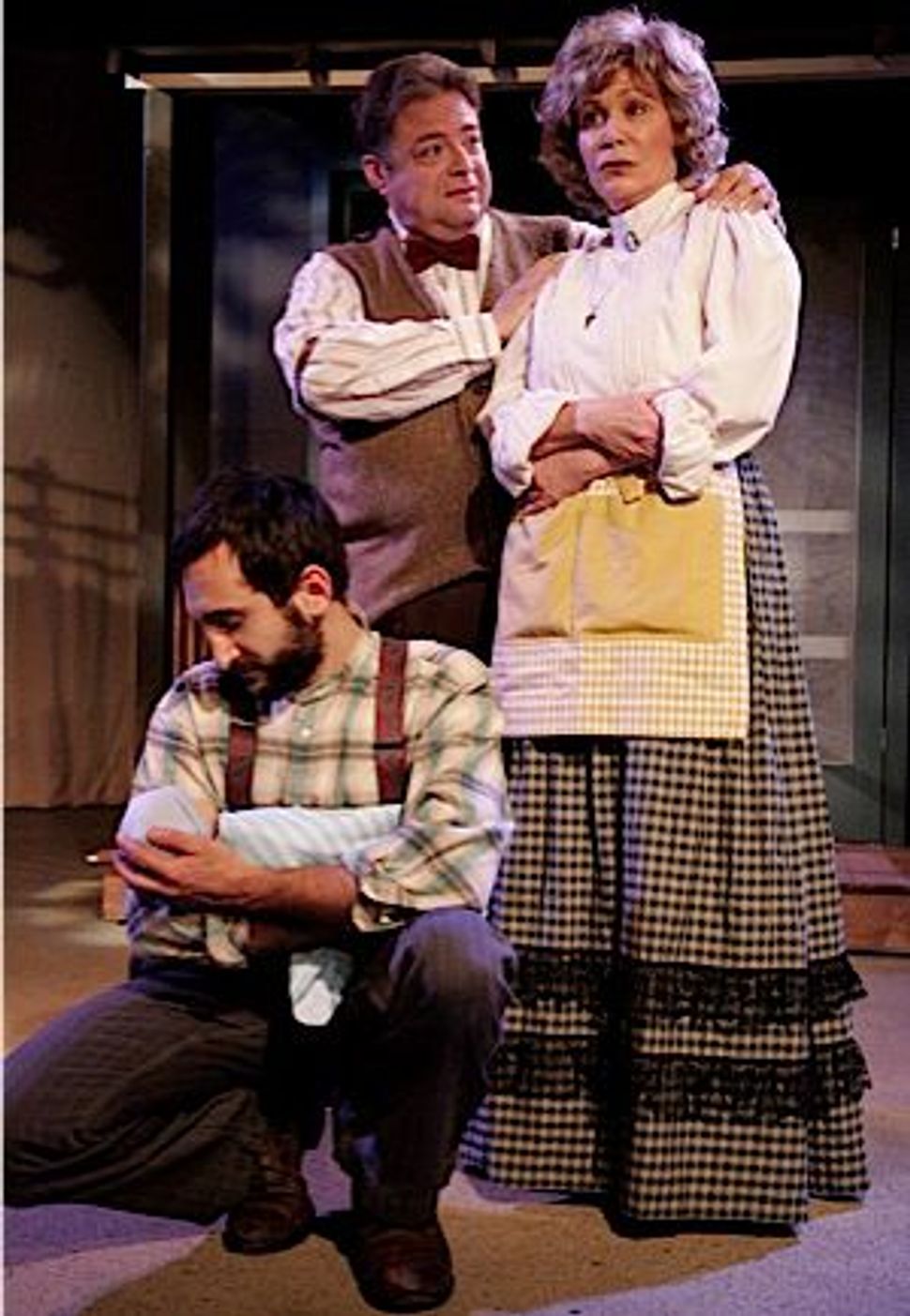 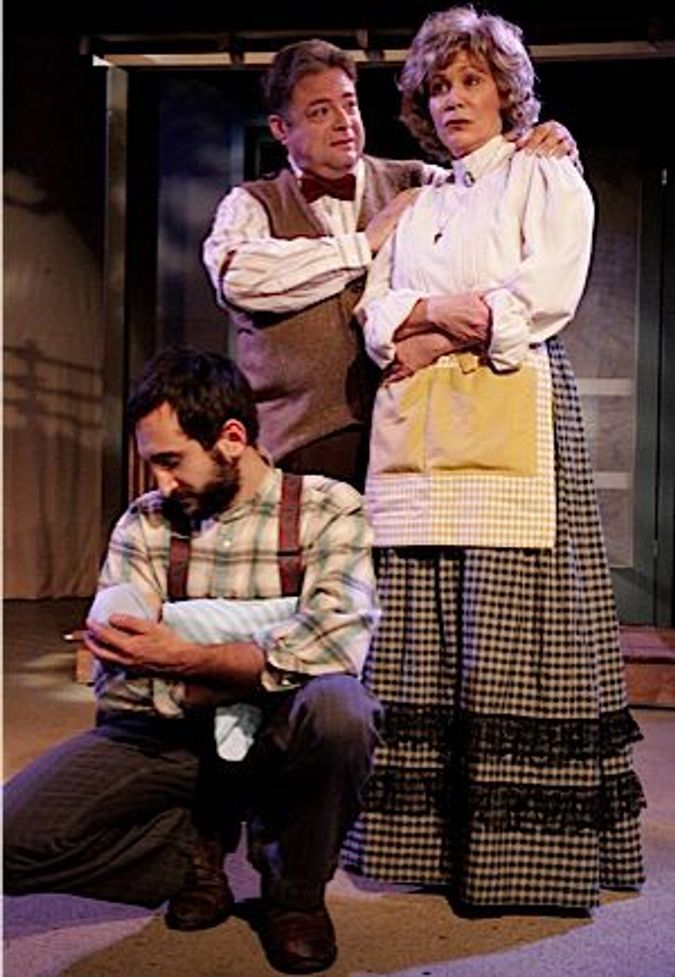 Mark Harelik, who wrote the book for the musical “The Immigrant,” directed by Howard Teichman and playing through July 15 at the West Coast Jewish Theatre, tells his grandfather’s saga with the panache of a contemporary Sholem Aleichem. But if “Fiddler on the Roof” closes with Tevye the dairyman leaving Anatevka, “The Immigrant” opens with Haskell (Gary Patent) the bearded banana man peddling fruits in the small Texan town of Hamilton. There, while making the rounds with his cart, young Yiddish-speaking Haskell encounters middle-aged Milton (Anthony Gruppuso) and Ima Perry (Cheryl David), and begins a relationship that profoundly affects all of their lives.

The gruff Milton is a banker — more Jimmy Stewart than Jamie Dimon — who, impressed by Haskell’s work ethic, decides to grant him a loan. Haskell becomes a protégé of Milton, and under his tutelage grows from striver to thriver. Haskell’s pushcart gives way to a horse drawn wagon, and eventually to a fruit store and then a dry goods emporium.

In the process Haskell brings his wife Leah (Dana Shaw) from Mother Russia to the Lone Star State, ending his loneliness and doubling Hamilton’s Jewish population. Leah’s adjustment to this brave new world is more difficult for her than for Haskell. Over time she adjusts with the help of Ima, a Missouri-born Baptist whose belief in hellfire and brimstone is trumped by her innate, nurturing nature.

Milton, too, can put aside Semitic stereotypes and, having lost both sons, become a surrogate father to the Hareliks, who go on to have three boys, the last named for Milton. While Act I focuses on the Hareliks’ adaptation to home on the range, Act II focuses on their relationship with the Perrys. Over time, as Hitler threatens European Jewry, the couples clash; a long simmering conflict explodes when Haskell can’t contain his anguish but Milton, embodying American isolationism, counsels Haskell to “forget.”

For Haskell, amnesia is no solution to the Final Solution. Instead, he yearns to spread the freedom he’s found in America to his fellow, suffering Jews. Milton takes umbrage at Haskell’s tone, reminding him of all he’s done for the newcomers, even risking bigoted townsfolk branding him a Jew-lover. But like the banker, the now prosperous Haskell has become prideful, and hates feeling beholden — especially since Milton has a point.

Milton is the musical’s most complex character; although he refuses to be baptized (much to Ima’s chagrin), he follows the Golden Rule more than the rest of the characters. Offstage, Gruppuso explained that his character’s anti-religious stance is because “Milton is angry at god for the loss of his two sons.” As for Haskell, he eventually “gives back” — sending three of his sons to fight fascism.

One of those World War II veterans was the playwright’s father. In 1985 “The Immigrant” was originally a non-musical play and novel based largely on family folklore passed down at the Harelik dinner table. Steven Alper was nominated for a Drama Desk Award for the music he composed for the 2002 adaptation, with lyrics by Sarah Knapp. The West Coast Jewish Theatre’s revival has a three-piece orchestra accompanying lovely songs performed by the cast. It is a tremendously moving musical that enhances the picture of no-longer-wandering Jews, home at last in their new homeland called America.