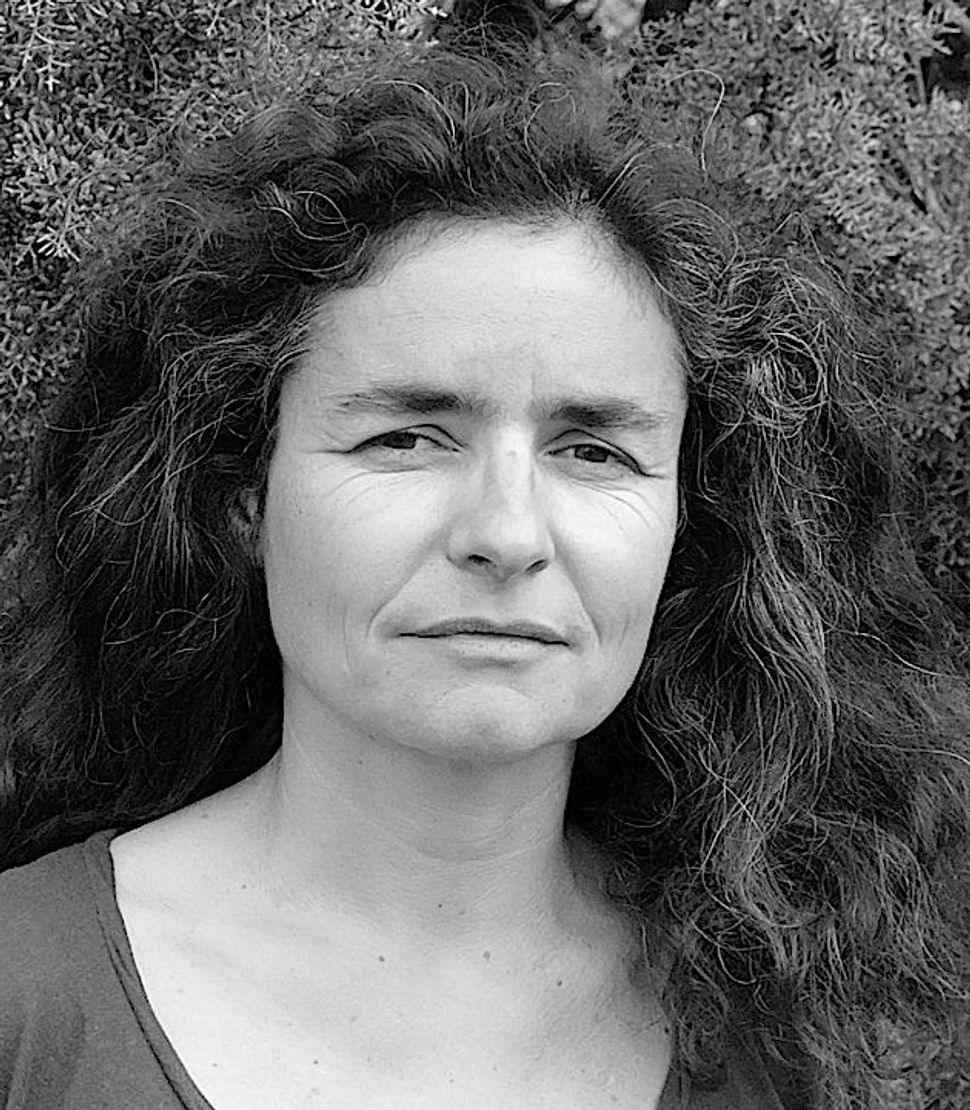 Valérie Igounet She negates the arguments of the negationists. Image by Courtesy of Les éditions Denoël

French anti-Semitism is a recurrent struggle, most recently shown by the Cannes Film Festival’s abrupt cancellation of “The Anti-Semite” — a film starring Dieudonné M’Bala M’Bala, a French comic with a history of anti-Semitism.

Dealing with another strand of the trait, French historian Valérie Igounet’s useful “The Story of Holocaust Denial in France,” from Les éditions du Seuil in 2000, is now followed by “Robert Faurisson: Portrait of a Holocaust Denier,” out from Les éditions Denoël in March. In it, Igounet meticulously analyzes the French literature professor who notoriously denied that Nazis used gas chambers to kill Jews during World War II.

As reasoning, Faurisson complained that he found few war-era photographs of gas chambers in archives. In 1974, one Frenchwoman who survived Auschwitz wrote a trenchant public letter, ironically apologizing to Faurisson for not bringing her camera along when she was deported. In 1978, after Faurisson sent a letter to historians asking if they believed that Hitler’s gas chambers were a “myth,” the Jewish monthly “Tribune Juive” published an open letter to Faurisson, asking whether he himself was mythical.

Igounet points to the non-historian Faurisson’s misuse of sources, poor grasp of German, and other flaws visible to all except those determined to believe his message. The latter include Iran’s Mahmoud Ahmadinejad, and Dieudonné. Igounet traces Faurisson’s derangements back to his 1929 birth as the illegitimate offspring of a Scotswoman and French father, whence his obsession with “purity” of ancestral bloodlines. At first the author of narcissistic texts on literature, Faurisson proposed in 1962 that a poem by Arthur Rimbaud, “Vowels,” was “really” about eroticism. Faurisson’s self-congratulatory book claimed that all previous Rimbaud critics were guilty of lying, just as he would later accuse all accurate Holocaust historians of mendacity.

Faurisson was promptly slated by Rimbaud expert René Étiemble for following the “paranoiac critical interpretations so dear to Salvador Dali, immortalized in André Breton’s anagram ‘Avida Dollars.’” When the publisher of his Rimbaud book rejected one of his Holocaust-denying screeds, Faurisson flew into an “insane rage,” screaming: “I should have known you were part Jewish!” Faurisson is currently enjoying a cushy retirement pension from the University of Lyons, where he was paid a salary from 1979-1995 in exchange for not teaching, since his views were an embarrassment to most colleagues, but union rules did not allow him to be fired outright.

Still playing tennis at the Sporting Club of Vichy, where he aptly lives, Faurisson continues to adore publicity. In 2007, he sued the French Jewish statesman Robert Badinter for libel — and lost — after Badinter termed Faurisson a “historical counterfeiter.” Igounet has done well to make these counterfeits better known and understood.