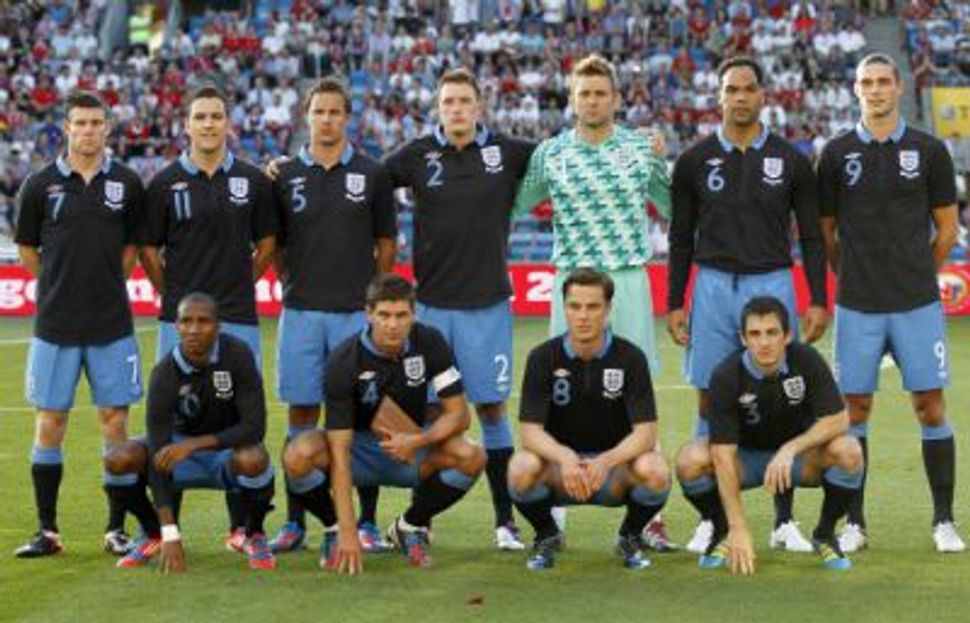 In an educational effort to combat the troublesome phenomenon of anti-Semitism and racism in soccer, England’s national football team will visit Auschwitz and other Holocaust-related sites while in Poland next week for the Euro 2012 tournament.

According to the Algemeiner, the team will visit Auschwitz some time between its arrival in Poland on June 6 and its first game (against France) on June 9. The players are expected to light candles along the train tracks leading to the camp, and to sign the guest book there.

The team will also visit Oskar Schindler’s factory in Cracow as part of this program undertaken jointly by the Football Association (English soccer’s governing body) and Britain’s Holocaust Educational Trust.

“This educational partnership brings together the important work of teaching future generations about the horrors of the Holocaust, using the ability of football to interest and engage young people,” said David Bernstein, the FA’s chairman.

The players will not be bringing any team flags or wearing any team paraphernalia to the visits, as these have been deemed inappropriate for the occasion and the sites. “It would be in an atmosphere of respect and remembrance for the victims of the concentration camp and in the kind of quiet and calm that is more conducive to discovering the history of the camp,” offered Auschwitz-Birkenau museum press officer Pawel Sawicki.,