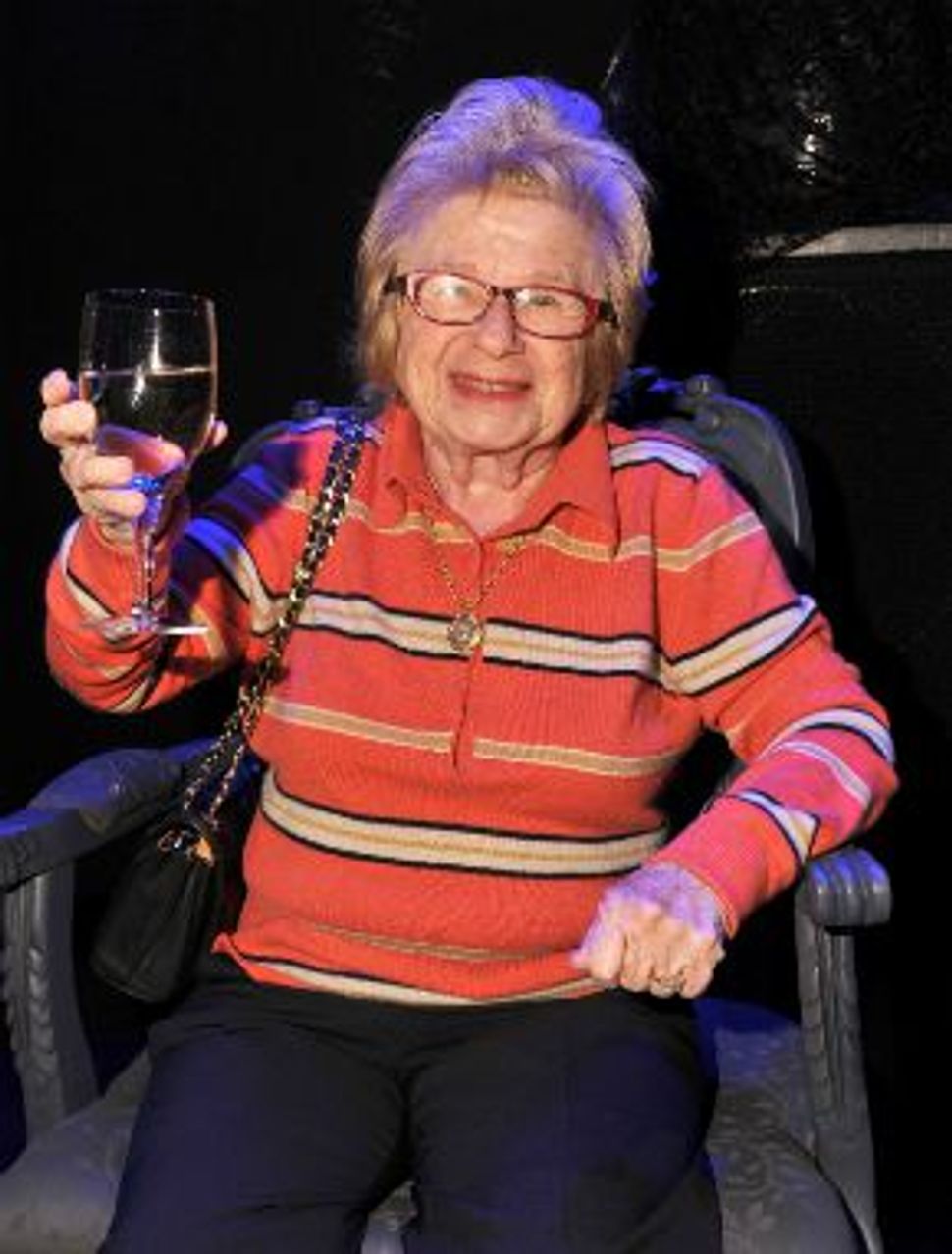 It turns out that Dr. Ruth Westheimer wasn’t kidding when she told me that she was coming out with her very own line of wines.

When I interviewed her at an event at the Jewish Theological Seminary last March, she was talking a mile a minute about latest projects. She mentioned the wine somewhere in between plans for her 84th birthday party at the Museum of Jewish Heritage, on June 5 (she made sure to note that her actual birthday is June 4), and an upcoming play about her life called “Dr. Ruth: All The Way.” Sadly, I didn’t take many notes on what she was saying, other than that it would be California wine. It seems I should have taken her viticulture aspirations more seriously.

Westheimer, a person known for doing things her own way, isn’t coming out with just any wine. The main reason she agreed to become a first-time vintner was that she would be able to sell a wine with considerably less alcohol than usual. While regular wine normally has 13 percent alcohol content, Dr. Ruth’s will have only 6 percent.

It’s not hard to guess what this is all about. Given that this is Dr. Ruth, what we’re talking about here is sex. “My idea is that just the right amount [of alcohol] will awaken your senses and arouse you,” she told the New York Post. “I’m always saying couples should drink to relax, but not too much. If [the woman] drinks too much, she falls asleep and if [the man] drinks too much, he can’t perform.” She emphasized that this romantic problem plagues heterosexual and homosexual couples equally.

Just be warned that you’ll have to (sparingly) use other wine to help you get in the mood until July. That’s when Dr. Ruth’s Vin D’Amour will hit the shelves of supermarkets, bodegas and corner delis. It won’t be hard to spot the bottles — they’ll have a big picture of a smiling Dr. Ruth on the label.