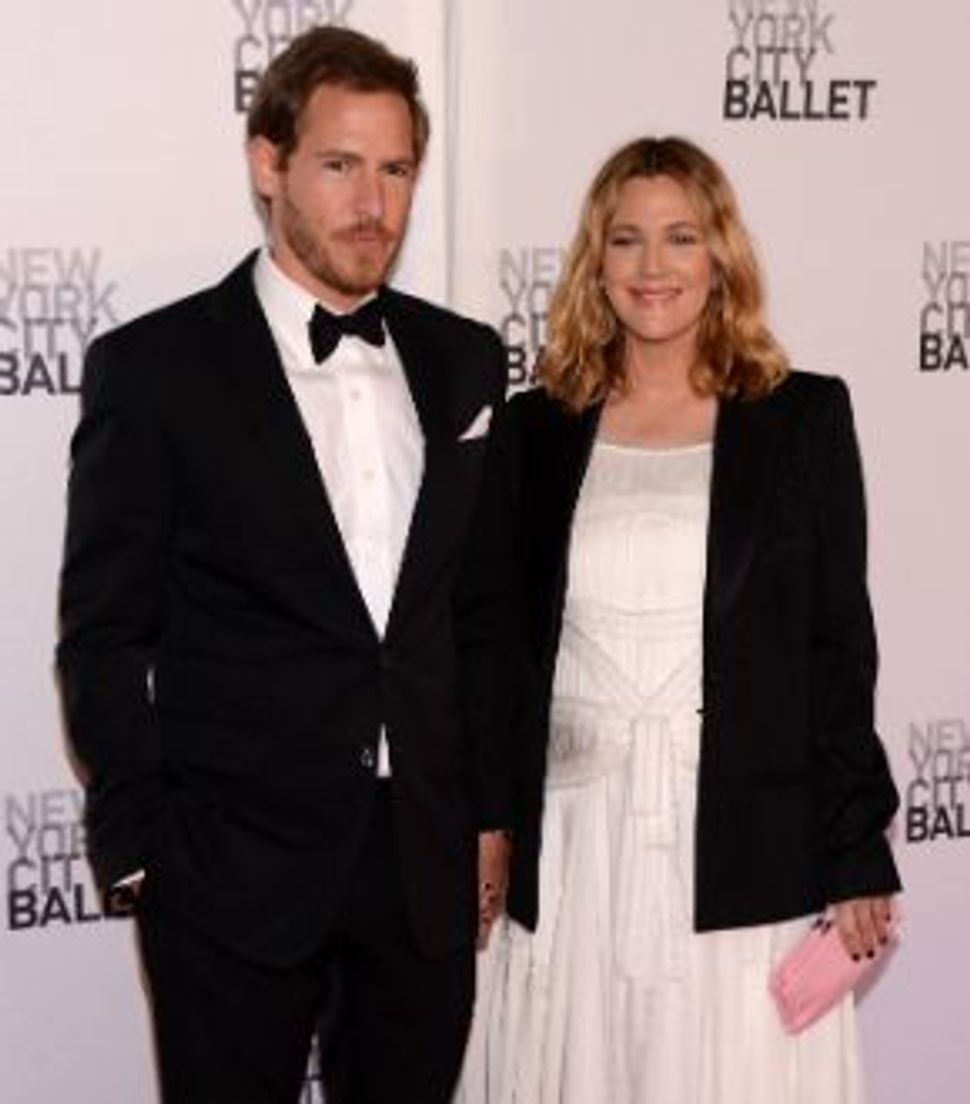 Kopelman and Barrymore at the New York City Ballet?s 2012 Spring Gala in May Image by Getty Images

Few details an no photos have been released yet, but fashion bloggers have been abuzz with descriptions of the 37-year-old Barrymore’s wedding dress — a long, white Chanel dress pleated in muslin and organza, designed for her by Karl Lagerfeld. It was accentuated by a black satin belt at the waist and had flowers embroidered in organza, muslin, tulle and feathers on the skirt. Barrymore was also wearing Chanel fine jewelry, which is no surprise given that the groom’s father, Arie Kopelman, is a former CEO of Chanel.

Guests at the wedding included Cameron Diaz, Reese Witherspoon and her husband Jim Toth, Busy Phillips, and Jimmy Fallon and his wife Nancy Juvonen. Diaz, Barrymore’s closest friend and “Charlie’s Angels” co-star, reportedly accompanied Barrymore to her final dress fitting in Beverly Hills. “Drew has been leaning on Cameron a lot,” a source told Us Weekly.

From what Barrymore has said, it sounds like she is also leaning — in a positive way — on her new in-laws. The actress told Ellen DeGeneres she’s in love with Kopelman’s entire family. “He has this incredible family,” Barrymore said earlier this year. “I am as in love with his family as I am with him. Which is an extraordinary sort of gift. You never take that for granted…It really is an absolute blessing. I feel very lucky. They’re incredible people.”

Barrymore’s marriage to Kopelman, 34, is her third. And although she has not publicly announced her pregnancy, her growing baby bump has made it evident that the couple is expecting their first child later this year.