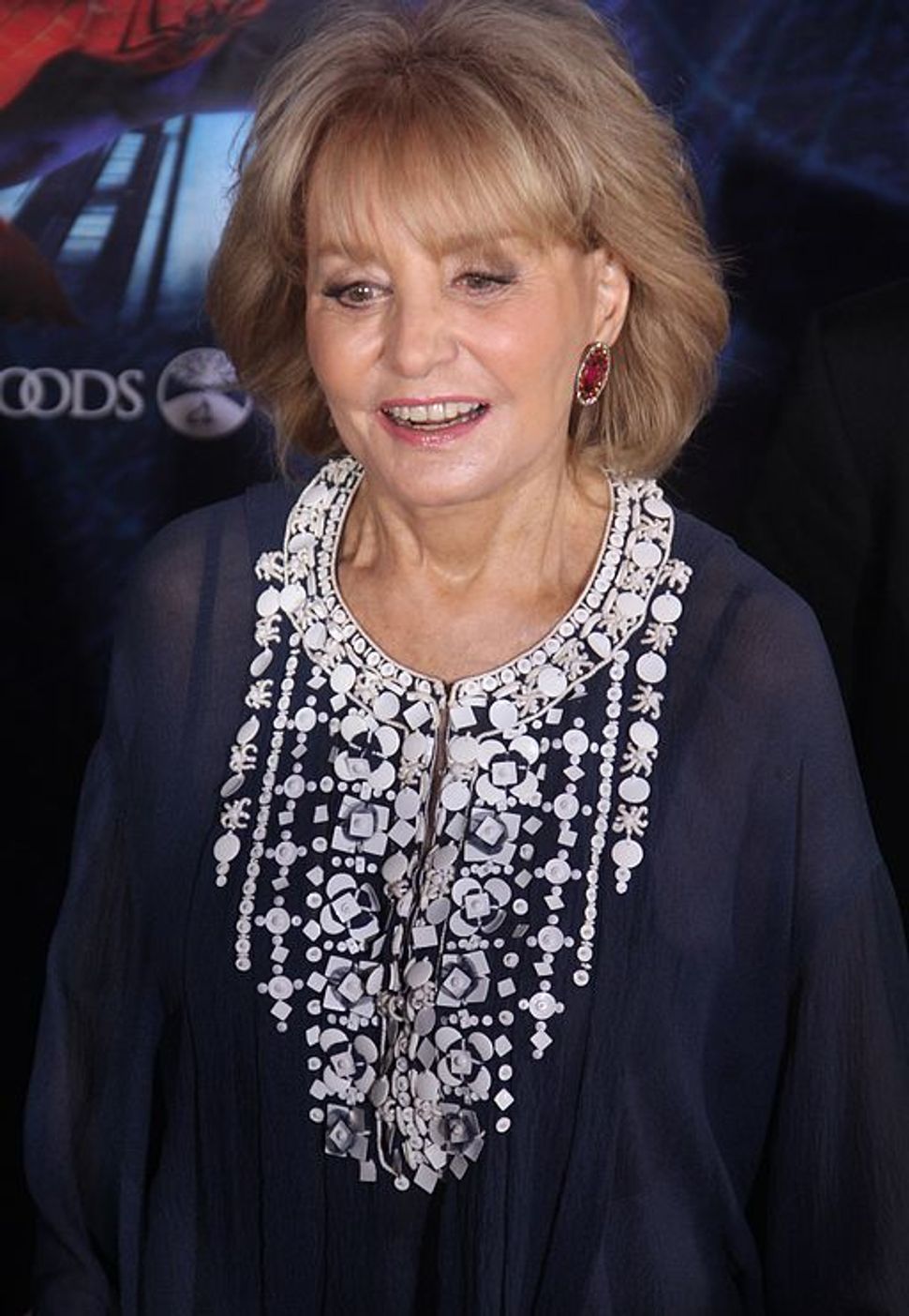 As if Barbara Walters’s exclusive soft-ball interview with Syrian President Bashar al-Assad last December wasn’t bad enough, now there is word that the 82-year-old host of “The View” has inappropriately used her influence to further the career of one of the brutal dictator’s closest aides.

The Telegraph reports that Walters tried to help Sheherazad Jaafari, the daughter of Syria’s UN ambassador, get a spot at the Columbia School of Journalism and an internship with CNN’s Piers Morgan show. When Syrian opposition activists got a hold of email exchanges between Walters and Jaafari, 22, they confronted Walters with them, and she admitted that she had been acting with a conflict of interest and apologized.

The young Jaafari apparently advises Assad on Western media issues, and she met Walters when the ABC journalist began lobbying for an interview with the Syrian president. It was Jaafari who had written, “[The] American psyche can be easily manipulated” in talking points for her boss prior to the interview with Walters. Jaafari’s father, Bashar Jaafari, had been acquainted with Walters for seven years prior to the two women’s establishing contact with one another.

By all accounts, Walters seems to have taken a shine to the young and attractive Jaafari following the Assad interview and stayed in touch with her, even calling her “dear girl,” and signing her messages with “Hugs, Barbara.” The young woman referred to the veteran American journalist as her “adopted mother.”

Walters did make some calls to people in power, but in the end Jaafari neither enrolled in Columbia nor took any job with CNN. In apology for her actions, Walters explained: “In the aftermath [of the Assad interview], Ms Jaafari returned to the US and contacted me looking for a job. I told her that was a serious conflict of interest and that we would not hire her. I did offer to mention her to contacts at another media organization and in academia, though she didn’t get a job or into school. In retrospect, I realize that this created a conflict and I regret that.”