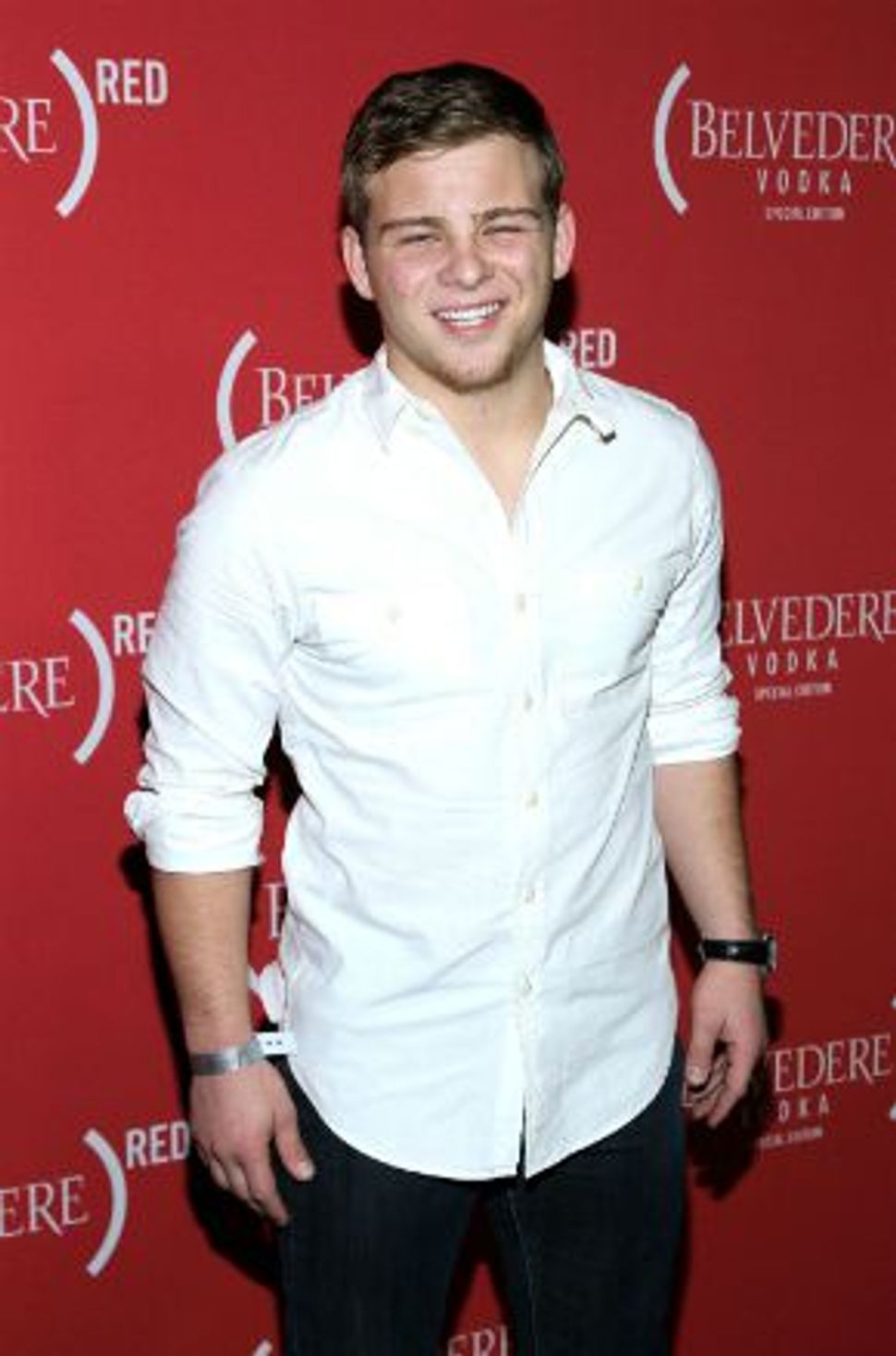 Little Jonathan Lipnicki, the child actor the Shmooze fondly remembers playing opposite Tom Cruise and Renee Zellweger in the 1996 hit film “Jerry Maguire,” is all grown up. Now 21, Lipnicki is totally ripped. Who could have imagined that little elf with spiky blond hair and round glasses turning into a piece of beefcake.

But he has, indeed, turned out to be very muscular, and he is proud about showing off his bod — and also the fact that he is Jewish. If you stop staring at his six pack for a minute, you’ll notice a big Star of David tattoo on the left side of his torso.

The actor told People that the muscles aren’t just for show. “I really want to do something where I can show my physicality — something with a lot of action,” he said about the kind of roles he is now seeking. His new film, “For the Love of Money,” a saga about an Israeli immigrant to the United States searching for the American Dream, just opened in theaters this past weekend.

Recently, Lipnicki reached out to Cruise, his “Jerry Maguire” co-star, for some career advice. The young actor reported that Cruise was very gracious and spent some serious time talking to him. Despite Lipnicki’s obvious focus on how he looks, Cruise’s best piece of advice had to do with how he should act.

“A huge thing with Tom is manners,” Lipnicki said. “He was telling me that no matter what happens, always be polite. For someone that big to tell you that is refreshing. He really cares about people and cares to talk to them and hear what they think. I feel so inspired and ready to go because if that guy tells me I can do it, I feel like I can do it.” Lesson learned: It’s okay to be a superman, but the most important thing is to be a super mensch.