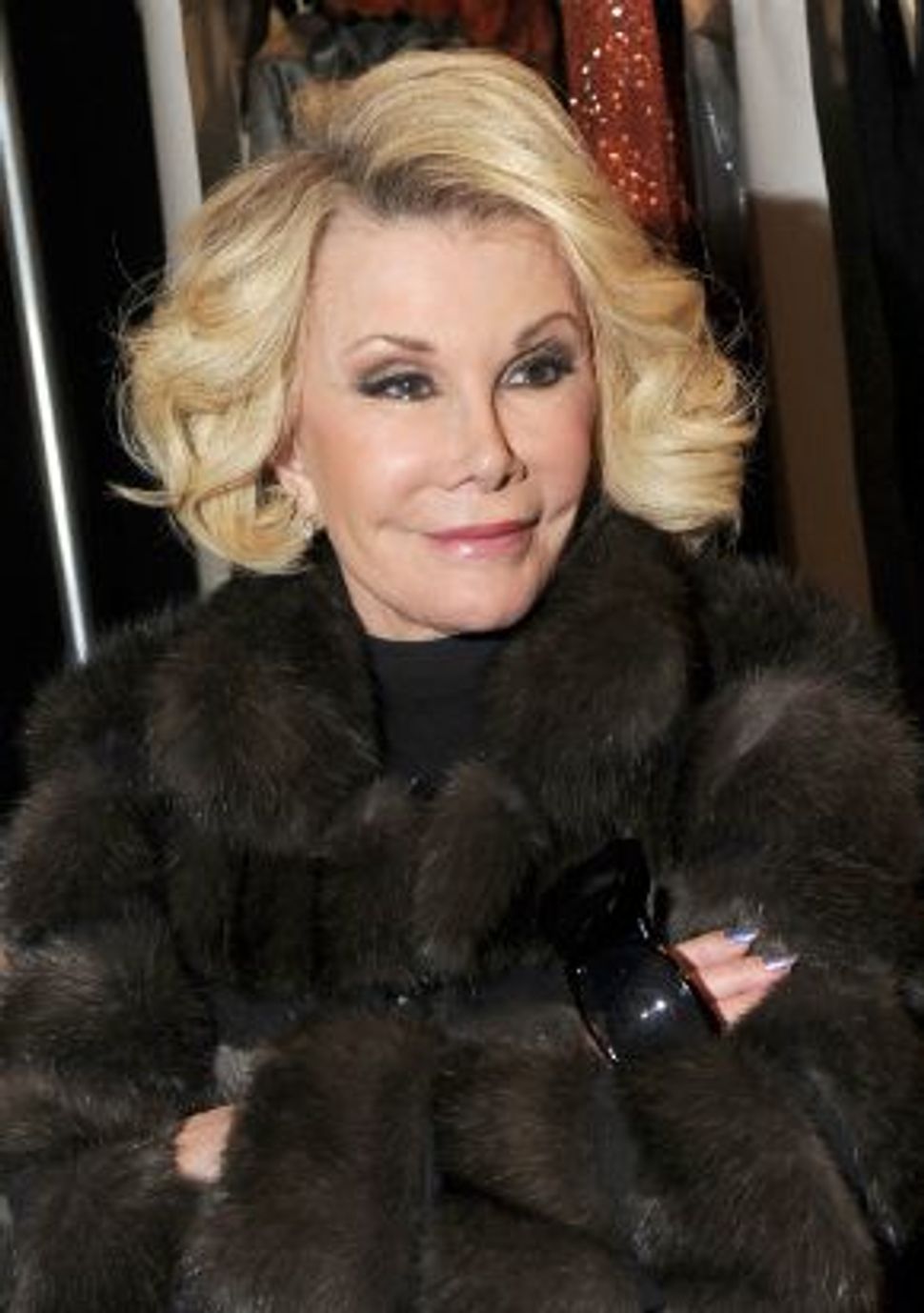 She’s known by Mrs. Rosenberg to residents of the building on East 62nd St, near 5th Ave., but she refers to herself as “the scary lady upstairs.” She once hired a “Jewish voodoo priestess” to scare off a ghost. Her apartment is a $29.5 million penthouse decorated in the style of “Louis XIV meets Fred and Ginger.”

Could the Shmooze be describing anyone other than Joan Rivers? Of course not. Rivers, the New York Times reports, is one of a very few celebrities to serve on co-cop and condominium boards in New York City, and in her role as president, the bawdy comedian is serious as a heart attack.

Credited with sprucing up the lobby (not to mention chasing out the spooky spirit), Rivers, 79, has served as president of her condo board for 25 years. She claims that she’s hung on to the post for so long because it’s a thankless job that nobody else wants — but it’s also hard to imagine anyone daring to challenge her. The building, according to the Times, was originally built as a mansion and subsequently carved up into just eight apartments — giving the four board members (Rivers included) license to keep “a tight leash” on who can move in.

Her own apartment has been on and off the market for years, but the Times’ description makes clear that she’s made herself quite comfortable there. A fake bookcase conceals a liquor cabinet. An easel and paints stand in the bathroom, ready for whenever inspiration strikes. Hundred of jokes are written on index cards and carefully filed alphabetically by subject.

Rivers told the Times that she leaves her signature caustic one-liners of official building business, but it must be intimidating to have to negotiate with a board president whose most recent book is titled “I Hate Everyone … Starting With Me.”