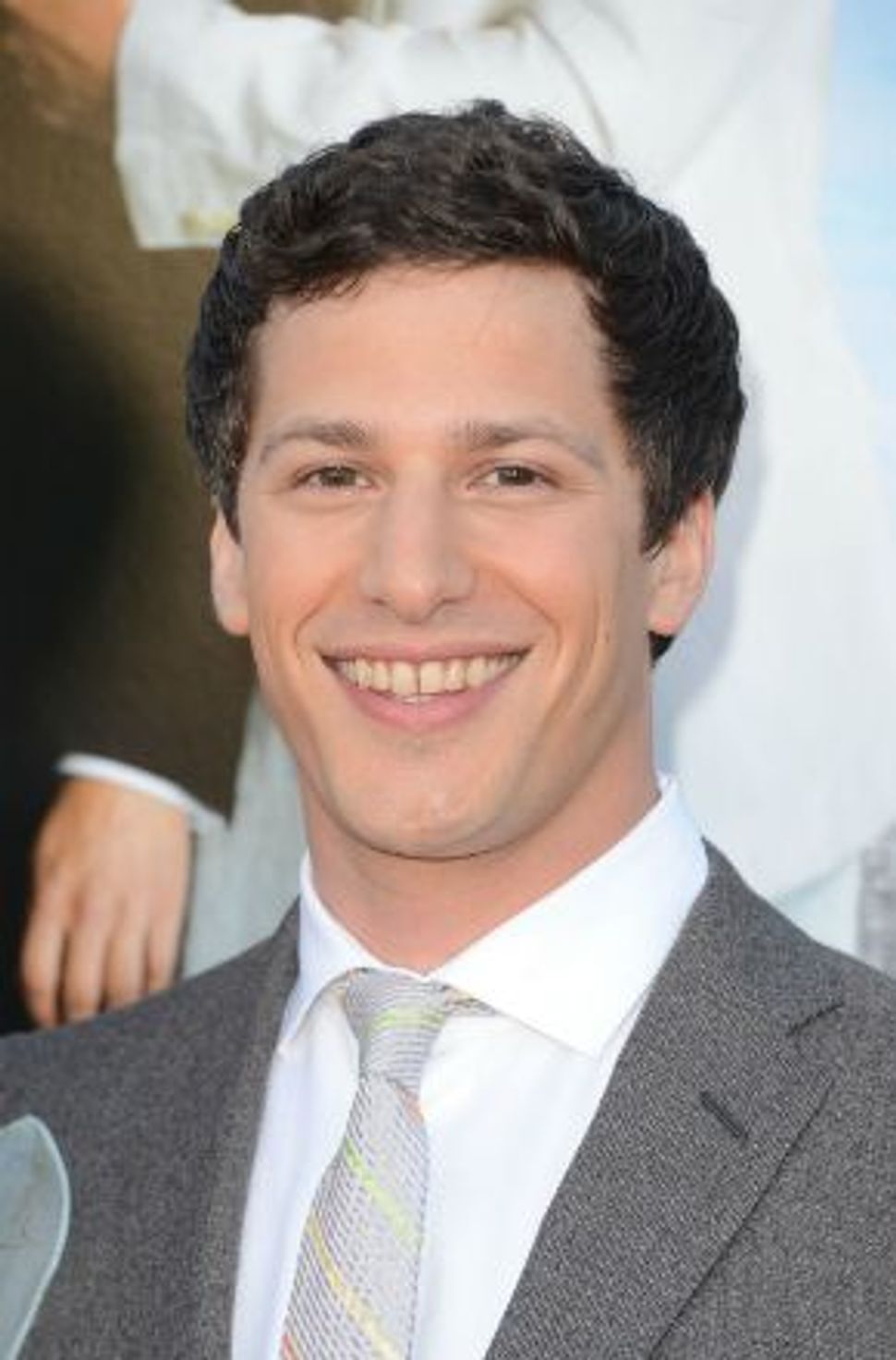 After seven seasons with Saturday Night Live, Digital Short darling and Jewish feminist Andy Samberg decided to leave the show earlier this summer. But Samberg fans shouldn’t fret. It won’t be long before his affably goofy face fills your screens once more — even if you don’t go see him in Adam Sandler’s latest vehicle, That’s My Boy.

According to the Los Angeles Times, the “Lazy Sunday” star has already landed a new gig in England.

The BBC snapped Samberg up to star in six-part comedy series “Cuckoo.” Samberg will play a “self-appointed spiritual ninja” who the daughter from a well-to-do family. The part sounds right up his alley — we imagine it to be a variation on his character as the smug host of the psychic awards this season. He’ll be starring alongside Greg Davies, a stand-up comedian known for his role as Mr. Gilbert in “The Inbetweeners.”

Now if we can only get Kirsten Wiig on “Downton Abbey,” the U.S. takeover will be complete.