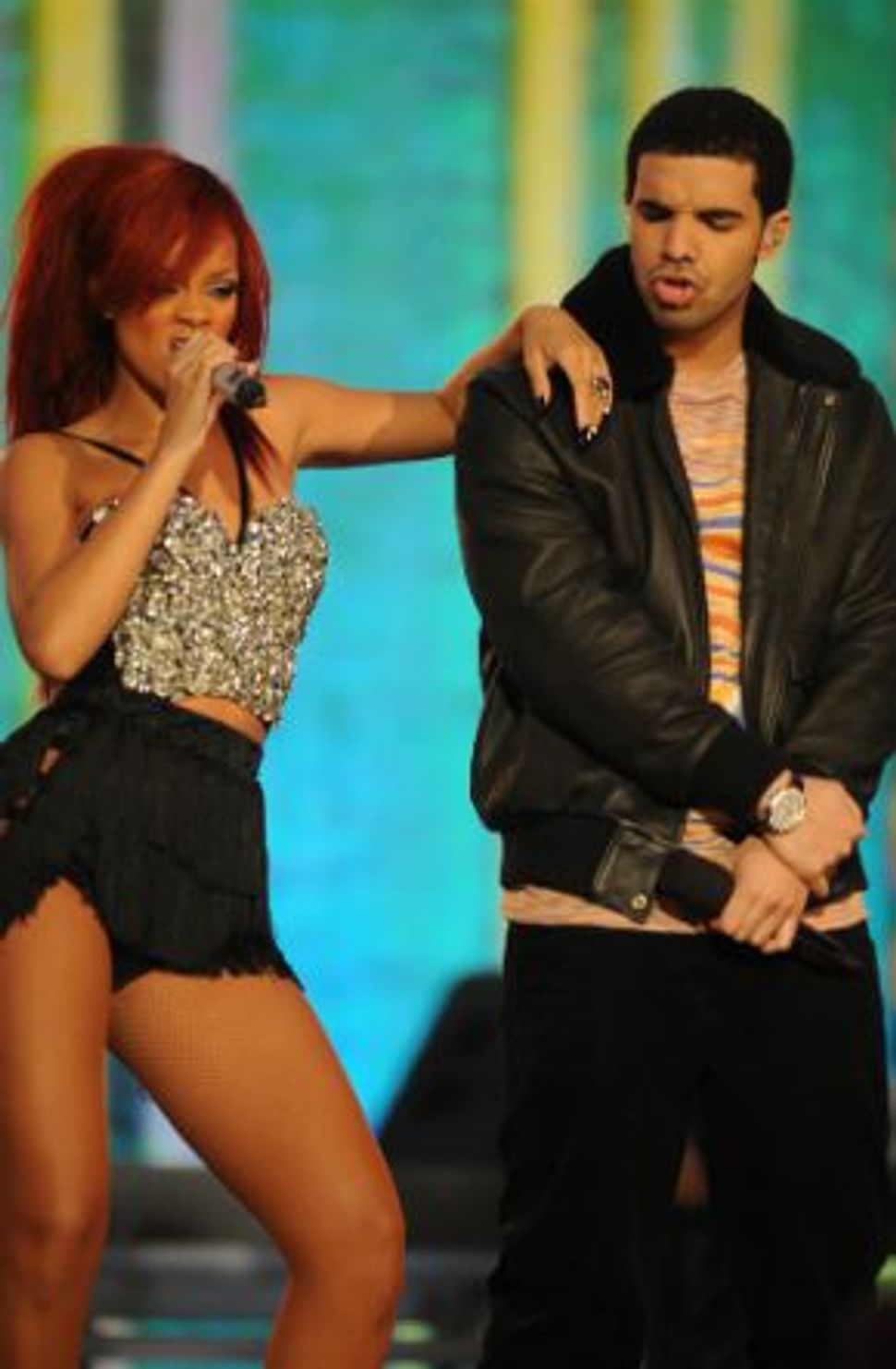 Rihanna and Drake in 2011 Image by Getty Images

A hip-hop beef went from the airwaves to the front page this week after rapper Drake and R&B crooner Chris Brown and their entourages got into a very public bar fight. At around 4 a.m. on Thursday at club W.I.P. in SoHo, the two chart-topping singers came to blows over Rihanna, with whom both have been romantically connected. According to The Daily News, the fight began over a gesture of goodwill.

Both stars were celebrating the birthday of Ne-Yo’s manager Javon Smith when the famously ill-tempered Chris Brown sent over a bottle of champagne to Drake’s table as a peace offering. Drake reportedly sent the bottle back with the note: “I’m still f—ing Rihanna.” The ensuing melee left Brown with a chunk of skin torn off his chin. His bodyguard and an Australian tourist were also injured. Reports differ on what actually happened. Drake denies involvement in the fracas, but today Brown claims that he has physical evidence against the Jewish rapper. Video has emerged of the fight as well, though the play-by-play remains inconclusive.

Drake’s grudge with Brown stems from Brown’s time dating Rihanna, when the R&B artist brutally beat her in 2009. Though Rihanna has apparently reconciled with Brown, and Brown is currently on probation for the incident, much of the music community has not forgiven him. Including, apparently, Drake, who dated Rihanna shortly after she ended things with Brown over the abuse. Rihanna hasn’t commented about the incident, but her Twitter feed indicates that things haven’t been the best for the “Talk That Talk” singer: “What is life? Is there any?” she wrote this morning. Chris Brown hasn’t missed the chance to berate Drake for the incident on social media either, mocking Drake on Twitter for “hiding in the bathroom.” His tweets were later removed, but no doubt the vitriol remains.