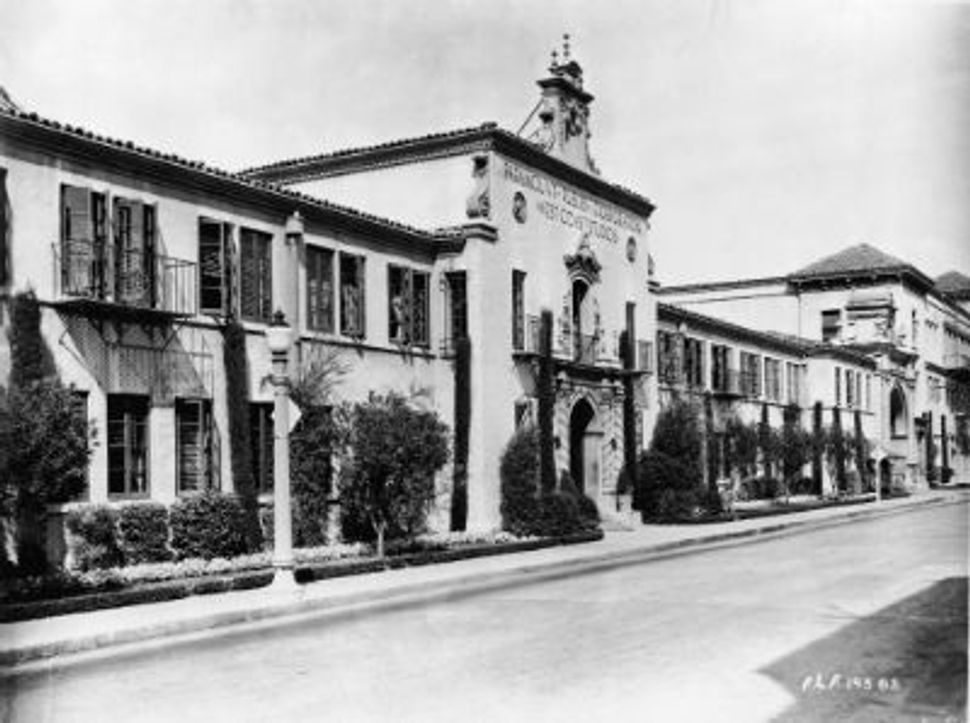 Paramount Studio on Marathon Street in 1943 Image by Getty Images

In the heyday of the Hollywood studio system, it was customary for the studios to assemble their stable of stars for a photographic group portrait. Being that this year is Paramount Pictures’ 100th anniversary, the studio thought it appropriate to resurrect this traditional practice.

On January 13, 116 of Paramount’s greatest living talents gathered at historic Stage 18 to pose for a wide-angle group photo to mark the occasion for posterity. Following a red carpet arrival, the formally dressed actors, producers and directors — along with a few Paramount/Viacom execs — took their places on the specially arranged set.

This is Hollywood, after all, so there were more than a few Jewish personalities of all ages up on the set. The Shmooze did its best to identify them, coming up with a count of 25 out of the total 116. We spotted the following:

Take a look at the photo in the July issue of Vanity Fair and see if you find any MOTs we might have missed.