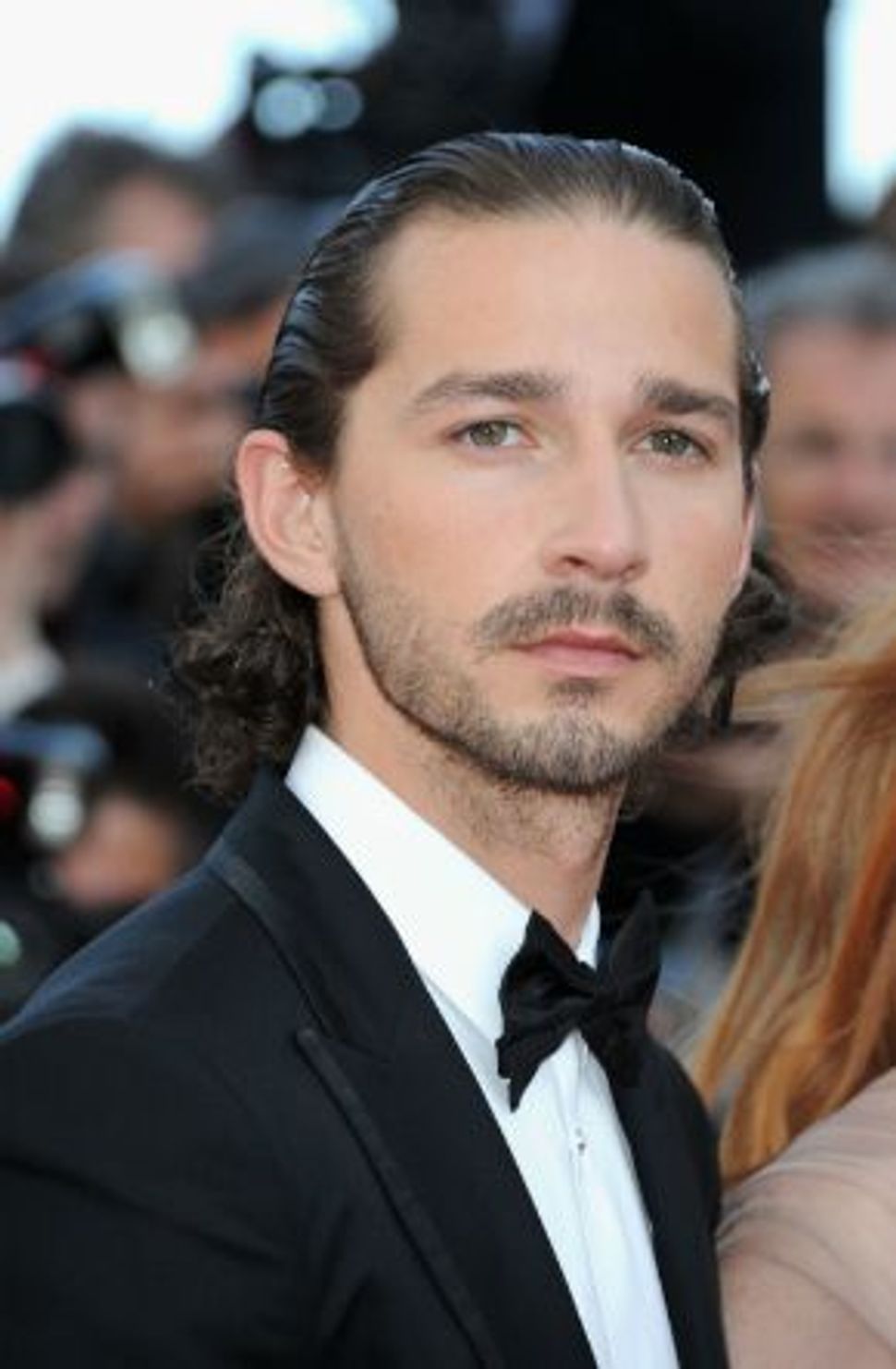 The video is odd, to say the least. (You can watch it here, but be warned: It features frontal nudity and other sexually explicit content.) We begin with LaBeouf and Thomsen in an empty bedroom, scratched up and alone, dancing slowly in a solipsistic ennui. The mood is shattered by the emergence of cave men-like guards who come bearing light-up lollypops. After a scene of rapacious lollipop licking, LaBeouf and company are blown (literally, by gusts of wind emitted by his captors’ mouths) into a simulated under-water car ride that resembles the mania of an intensive high. The couple is then brought to a room whose walls are lined with preserved butterflies, where their tantric gymnastics turn sexual and then violent. The violence is sequenced by porcelain figurines falling to the floor — one of them splurts blood as LaBeouf tackles his girlfriend to the bed and carves into her back with a small knife.

The video was directed by Israeli director Alma Har’el, who has previously worked with musicians such as Beirut and Shearwater. She directed this video as part of Sigur Ros’s “Mystery Film Experiment,” where twelve film makers were asked to choose a song from their latest album, and create a film for it. Each film maker was given a budget of $10,000.

Har’el is an up and coming Israeli film-maker, whose work combines dance and surrealism. Her first feature film, “Bombay Beach” is set to appear at the Tribeca Film Festival this summer.

Her’el suggests that the music video describes the interplays of love, addiction, abuse and the relationships that form around those cycles. Moments of intimacy and beauty are tempered by rage and destruction. There are moments in this video that feel genuinely interesting and weird. And yet, it falls flat for the Shmooze as the creative aesthetics spin into yet another tale of man-beats-woman. When will film depictions of relationships move past domestic violence as a plot device?

Though it seems progressive to have LaBeouf heaped in femininity (from the stockings to the butterflies), the attempts at gender-bending ring hollow as LaBeouf’s unadulterated (and seemingly unprovoked) rage causes his fists to hit the wall. Additionally, the camera dotes upon LaBeouf — basking in his every facial expression. Thomsen, on the other hand, shares her screen-time with her bare chest and spends most of the film doing acrobatics off of a lofted bed frame. Is it so ridiculous to request a depiction of a relationship where the woman is not only not defenselessly overpowered, but is also given the same character development as her male co-star?