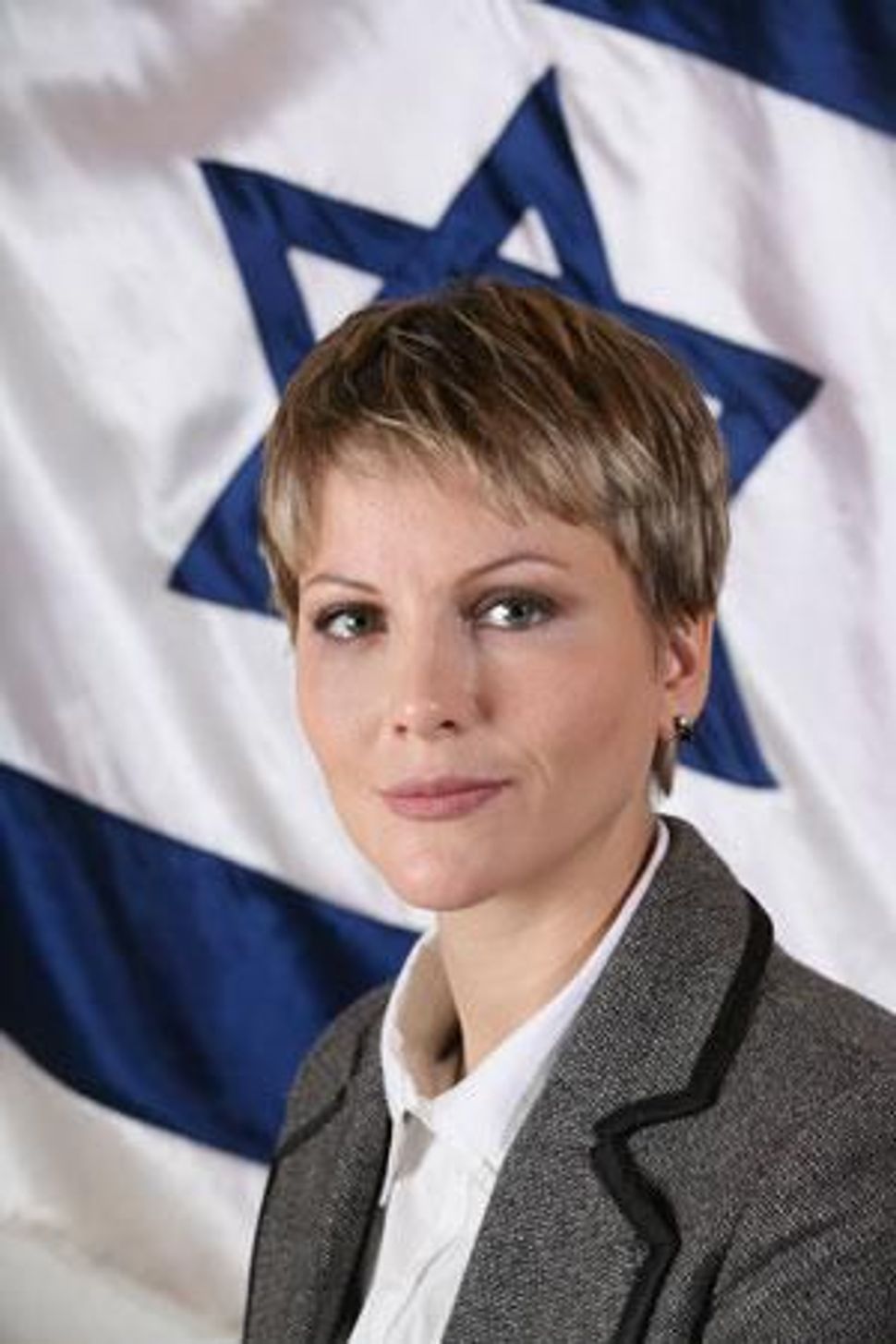 By now word has spread that Yisrael Beiteinu MK Anastasia Michaeli has insulted is the gay community. As the Shmooze reported last week, Michaeli — who was already notorious for throwing water on an Arab MK — was recorded saying that homosexuality results from childhood abuse, and that gays “are miserable” and “in the end they commit suicide when they are 40.”

Michaeli publicly apologized…sort of: “I’m sorry if anyone was hurt. I respect the wishes of every person to live their own way, but a person’s everyday reality sometimes includes coping with difficult adversities, which is sometimes expressed, extremely, by suicide,” she said.

One entertainer thought she should apologize some more, and figured that getting her to do so would present a fun opportunity. Actor and impersonator Yossi Vider (he bills himself as “entertainer and ‘standup-ist’” on his Facebook page) decided to play a trick on Michaeli by impersonating President Shimon Peres on a phone call to her. The ostensible reason for the call was to express his (Peres’s) displeasure with the MK’s anti-gay remarks, and to ask her to apologize for them.

Based on the recording of the gag call, which was broadcast on the Zinor Laila television show and posted to YouTube yesterday, it appears that Michaeli was totally taken in by Vider. If she had any inkling that she wasn’t talking to the real Peres, she didn’t let on.

By the end of the approximately three-and-a-half-minute-long conversation, Michaeli promises the “President” that she will take his request under consideration. But not surprisingly, Michaeli makes sure she gets the last word in. True to her in-your-face, *chutzpadik *character, she asks “Peres” if he could arrange for her to meet Russian President Vladimir Putin on his upcoming official visit to Israel. “It’s been my dream to meet him” she gushed to the “President.”

The fake Peres assured Michaeli that it would be no problem to arrange such a meeting, but pressed her to first make an apology for her anti-gay remarks…before she figured out that the person she was really talking to wasn’t in a position to agree to any such quid pro quos.

Listen to the Call: