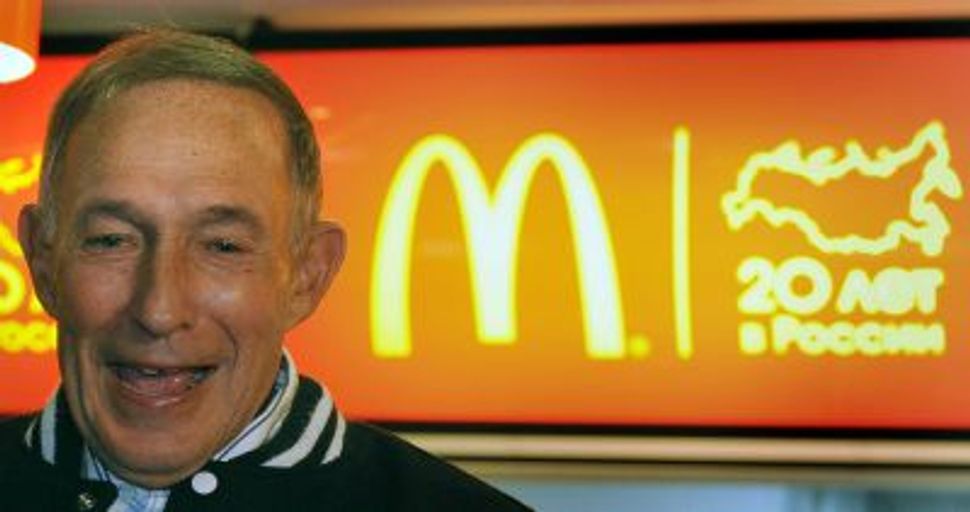 He may not have their starpower, but the Jewish founder of McDonald’s Canada now shares an honorary key to the city of Toronto with a lengthy list of luminaries.

At a City Hall ceremony yesterday, a beaming Mayor Rob Ford presented the 75-year-old Cohon — “a tireless philanthropist and volunteer since he immigrated to Toronto from Chicago in 1967”, according to the Toronto Star — with the oversized key in an engraved case.

Ford didn’t even get a chance to mention Cohon’s work with the Canadian Council of Christians and Jews, the Council for Canadian Unity, and the Federation Against Child Abuse.

Cohon will have to make room on his mantle; he’s also a recipient of the Israel Prime Minister’s Medal and the Order of Friendship from Russian President Boris Yeltsin, and was appointed an Officer of the Order of Canada in 1992, according to an online bio.

In 2004, the Forward reported that a Toronto golf club had refused membership to Cohon out of concern that his acceptance would be tantamount to “opening the floodgates to Jewish members.” He was later admitted.