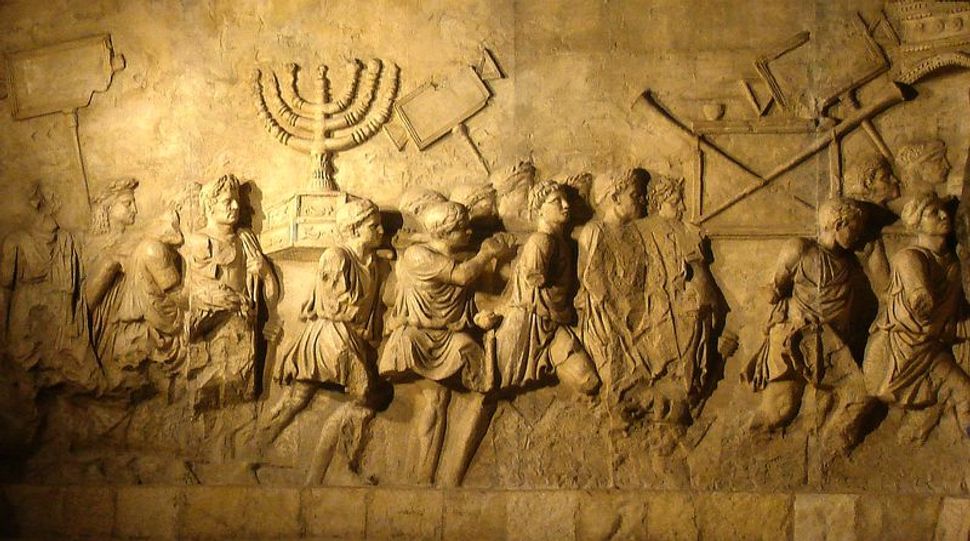 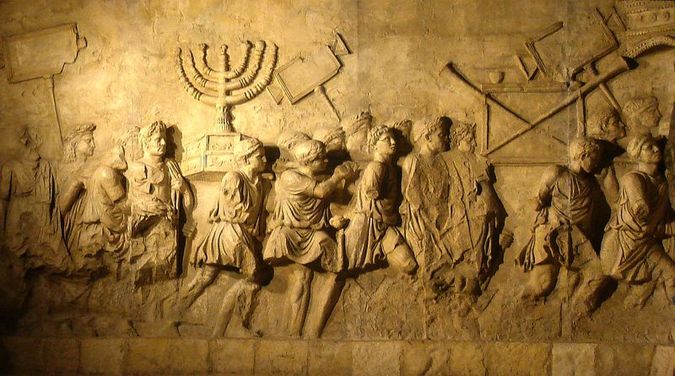 The arch, dedicated in 81 C.E., celebrates the destruction of Jerusalem by the Emperor Titus and features an iconic bas-relief carving of a menorah on one side. Using a high-resolution digital scans and a process called ultraviolet-visual spectrometry, researchers sponsored by the Yeshiva University Center of Israel Studies and the Soprintendenza Speciale per i Beni Archeologici di Roma discovered earlier this month that the stone surface of the menorah was once painted a yellow-ochre color, the New York Times reports.

It’s an exciting discovery, and one that’s potentially surprising. That’s because looking at ancient works of art isn’t straightforward. Even when spared man-made damage and cared for by preservationists, objects inevitably decay: stone chips, textiles unravel, paint fades. Compared with their brightly decorated and cloth-draped original splendor, the colorless surfaces of Roman sculpture we see today literally pale in comparison.

Scientific revelations about the ancient pigmentation of the Arch of Titus allow modern viewers a previously-impossible glimpse into the artist’s intent, as well as a confirmation of the powerful symbolism of this particular menorah. Its presence on the Arch of Titus has meant many things to the Jews of Rome throughout their history, which is the longest of any European Jewish community.

Through the years, the menorah has gone from a reminder of exile to a symbol of pride, perhaps even providing the inspiration for the emblem of the State of Israel. But though biblical, early Christian, and Talmudic sources all describe the menorah as golden in color, it has been impossible until now to verify its true hue.

With the success of this pilot project, the research team plans to expand the search for paint and scan the rest of the arch in 3D. The collected data will help build Rome Reborn, a digital model that will reconstruct the city circa 320 C.E. The Arch of Titus will be the first building of many to receive coloring, allowing its beauty to be, once again, in the eyes of its beholders.