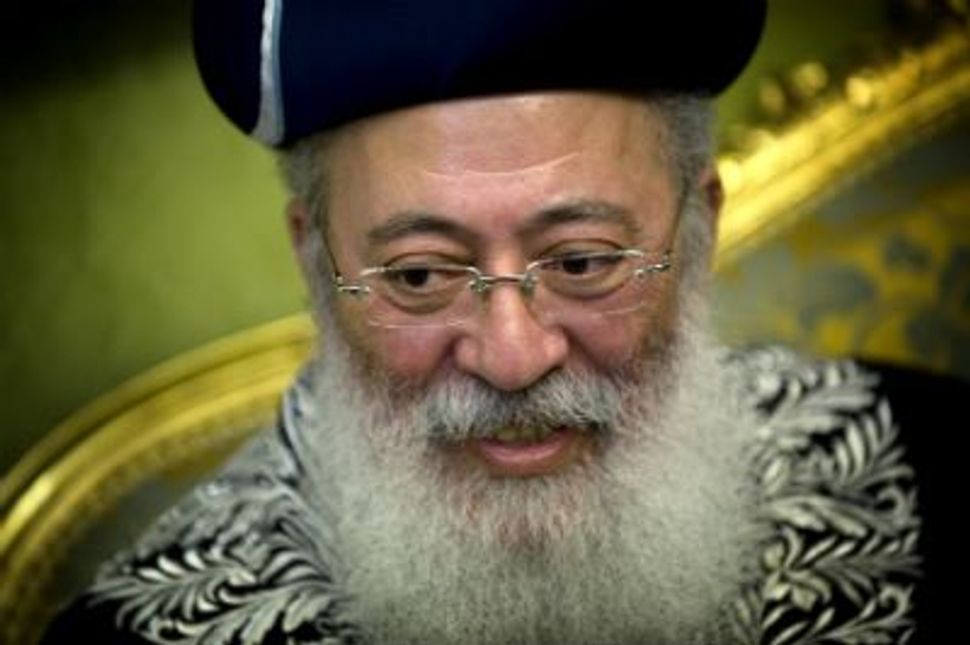 It’s interesting seeing the spiritual guidance of Israel’s Sephardi Chief Rabbi regarding how and when we should make emergency requests from God. According to Shlomo Amar, Israelis should be praying that a state decision to fund some Reform and Conservative rabbis isn’t implemented in the same way that they pray when “rockets are fired at Israel.” In short, this state-salaried national religious leader is saying that people should be relating to this political funding decision with the same seriousness as when potentially lethal terrorist rockets are raining down close to Jewish homes.

He made the remark at an “emergency gathering” attended by 100 rabbis to protest the state’s decision, which was an out-of-court settlement following a long running legal challenge by non-Orthodox rabbis. His comments, reported here include an assertion that Reform and Conservative rabbis are “battling all that is holy.” He said: They are trying to the uproot the foundation of Judaism,” adding that funding them “is an attempt to tear the Jewish people into two nations. It’s a danger without a remedy.”

He also suggested that just one in ten Reform Jews is actually Jewish according to an Orthodox interpretation of halachah — a figure that sounds highly unlikely given that only people who converted or whose mothers converted with a Reform Beth Din are deemed non-Jewish by the Orthodox.