‘Weeds’ Gets Existential With Rabbi Dave 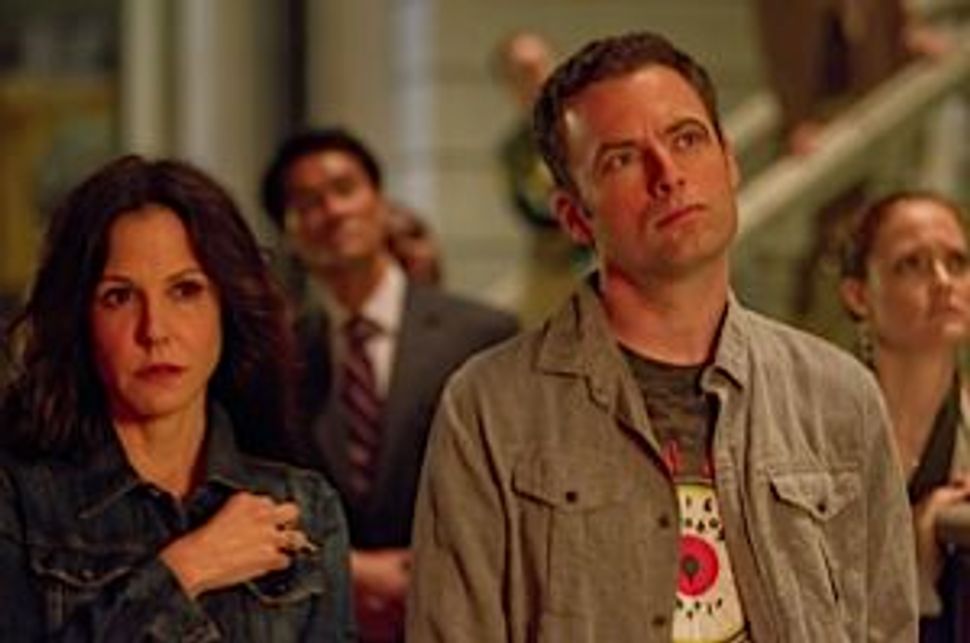 The Showtime hit dramedy, “Weeds,” returned for its eighth and final season yesterday, starting off with a bang. Literally.

Fans of the show will recall that it finished last year with a cliffhanger: a rifle aimed at protagonist Nancy Botwin (Mary Louise Parker). Would Nancy be shot? Would the assassin switch to another target before pulling the trigger? Or was it all a dream sequence? 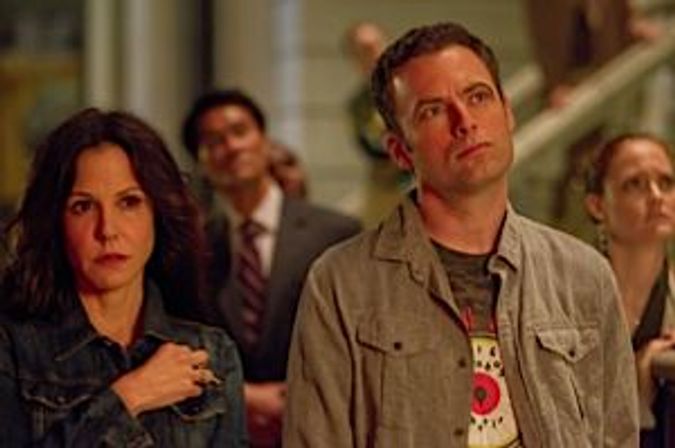 Nancy was indeed the target — no surprise there — but, though seriously wounded, survived. Presumably, she’ll be around for at least 12 more episodes. What was interesting about the premiere was not so much the reveal, which Showtime hyped by begging reporters not to write about it, but an interesting existential conversation between brother-in-law Andy Botwin (Justin Kirk) and a rabbi.

For those unfamiliar with the series, created and largely written by Jewish writer Jenji Kohan, Nancy is the widow of Judah Botwin, who died of a heart attack shortly before the series began. Nancy took conversion classes, though she never officially converted. In order to support her family, she starts to sell marijuana, has a child with a Mexican drug lord and goes to jail. She is joined in these adventures by her two sons, Andy and a shady friend, Doug Wilson (Kevin Nealon).

Botwin’s conversation with the rabbi, who identifies himself just as Dave, takes place in the cafeteria of the hospital where Nancy lies in a medically induced coma.

At first, Andy thinks the rabbi is gay and trying to pick him up.

Dave: Actually, I’m a rabbi. I do the chaplaincy part time to bring in a little extra cash and expand my worldview. Have you ever sat with a grieving Southern Baptist? Boy, they know how to pray.

Andy: That’s perfect. I just asked a rabbi if he was cruising me.

Dave: It might have made more sense if I was a priest.

Andy: And the sister [sexing]. (Andy had described having sex with Nancy’s sister, Jill, in her hospital room.)

Dave: What is this [sexing] that you speak of? I’ve never heard of it. Stop. It’s my job to listen. I’m not judging. Well, maybe a little.

Andy: How is a Jew a chaplain [here]?

Dave: We all share at the local hospitals, the ministers, the rabbis, the priests. I personally have a little congregation in Greenwich, the House of Peace. Although with the fighting that goes on with the board…

Andy: I don’t know if I believe in God.

Dave: Well, you’re not alone in that.

Dave: Which is why a lot of people turn to God. It’s the whole concept. It makes the world a little less scary.

Andy, I don’t know about a little less scary. God comes with a lot of scary.

Dave: I hear you. Especially the Old Testament God. He’s a — whew — he’s a ganster.

Andy: Jill [Nancy’s sister] said Nancy would live because there is no God.

Dave: And if there is a God she dies?

Andy: Oh, absolutely. With all the shit that she’s pulled?

Dave: You and Jill can both be wrong.

Andy: Then tell me. You’re the rabbi.

Dave: I have no idea.

Dave: Andy. You want an easy answer, go Jesus, go Allah, go atheist. I’m a Jew. My obligation is to wrestle, to engage. It’s not to just blindly believe. That’s how I see it.

Andy: Well, maybe I’ll decide when she wakes up.

Dave: And maybe you’ll never decide. I’m going to say a prayer for your Nancy just in case, if that’s okay with you.

Andy: Knock yourself out.

It’s rare in pop culture for a rabbi to be presented in non-comedic way, or without an exaggerated Yiddish accent. In the scene here, however, the rabbi is presented sympathetically, as an understanding and funny guy. The Jewish relationship with God has hardly ever been presented so simply, yet eloquently.

‘Weeds’ Gets Existential With Rabbi Dave