Meet the ‘Sexiest Vegetarian Next Door’ 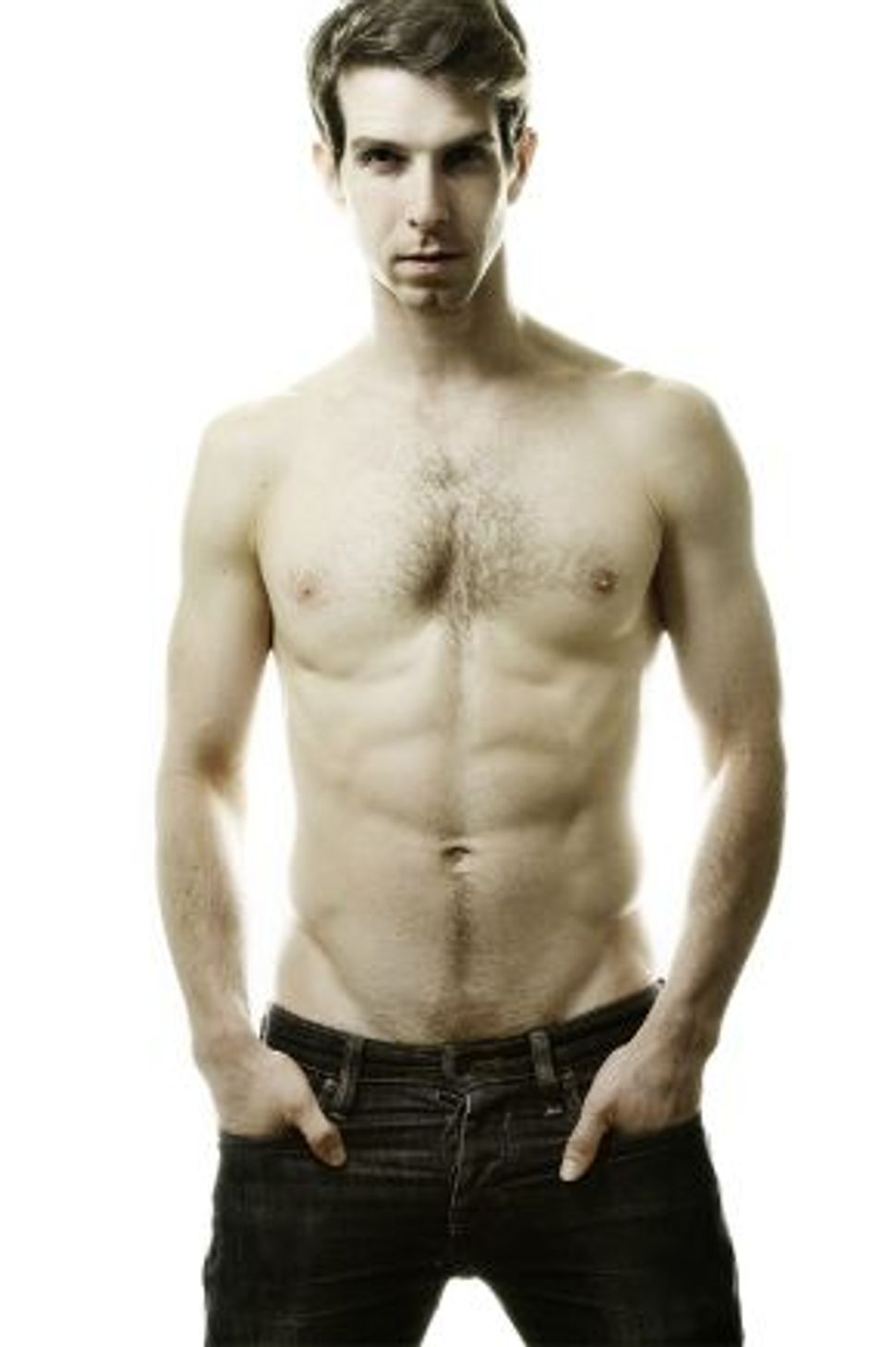 Yes, it sounds like The New York Times has a crush on 29-year-old Zachary Koval, who was just selected as one of the Sexiest Vegetarians Next Door by People for the Ethical Treatment of Animals.

The Times will have to get in line; photos of Koval’s “cut body” have mushroomed online after he appeared in a black Speedo at this month’s Broadway Bares benefit in New York. “Pictures of him on the Internet, holding a ‘tip the dancers’ sign and wearing a crown and not much else, made him blush,” the Times reports.

In the Times profile, however, Koval comes across as more than just a sheyne punim. “Sometimes it seems so ironic,” he tells the paper. “I mean, I’m a vegetarian whose message is all about compassion and I’m putting myself out there as a piece of meat.”

Why the self-recrimination, asks the Times? “With parents who are Catholic and Jewish, the guilt comes easily,” Koval says, who waits tables at the Upper West Side’s vegan Café Blossom.

On his page on ModelMayhem, a sort of schmoozing web site for aspiring mannequins, Koval writes that “I am interested in broadening my horizons and breaking into the modeling field, be it in art, commercial, fashion, runway, etc. Just looking to see what opportunities present themselves, meet new people, and most importantly have some fun. I’m all about networking and appreciating others’ work.”

Meet the ‘Sexiest Vegetarian Next Door’